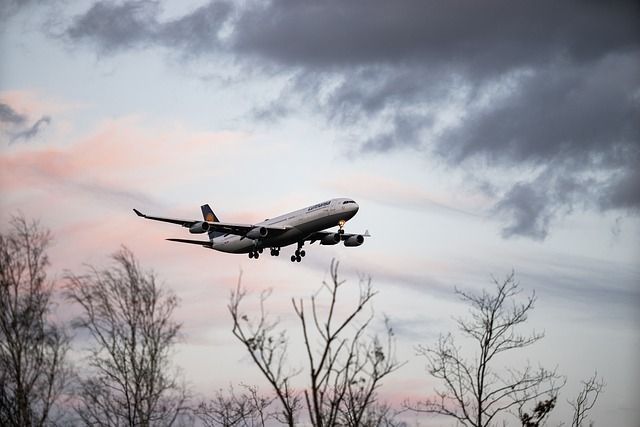 If you follow the news here on Business news from Poland, then you will know that there is an air traffic conflict in Warsaw that now is on hold until 10 of July. Hopefully it will become a permanent agreement but the air controllers have publicly said it is only a truce.

The Polish government said that they had a backup plan but would not say what it was until it would be needed to use it and knowing the backup plan now, we know why…

Just before this long May weekend, the public was informed that from 1 of May 32 routes would be prioritised and only very few were from Modlin airport and mainly it were LOT flights. The rest would de facto be cancelled. In other words, that was the backup plan from the Polish government. A backup plan with more holes than a Swiss cheese

But fortunately the parties in the air traffic conflict came to a temporary agreement so the backup plan did not need to come into force at least for now. What will happen after the 10 of July is still unknown.

The air traffic conflict  is “only” in Warsaw

It was/is a backup plan from hell in my opinion. First of all it should never come to or almost come to that the air traffic from and to Warsaw was almost completely shut down. It is very irresponsible behaviour from all parties incl. the government.

Secondly it is very narrow minded to focus so much on your own airline LOT (it is partly owned by the Polish state  69,30% of the shares) because you take a lot of passengers as hostages in a conflict that they are not a part of.

Moreover it is not fair competition on the market and I think it also can be legal according to the EU directives and also one of the reasons why Ryanair complained about the decision.

It also shows one of the arguments against why a state should not own an airline company on a free market. I could understand it if it was a very small country with hardly any airlines operating from that country but not in a country like Poland where there is a huge competition and many routes from and to the Polish capital.

Suggestions for a better backup plan

The main reason for cutting down the numbers of flights to and from Warsaw is the lack of air traffic controllers if they can’t agree with their counterpart. As mentioned in the beginning of this article, the present agreement is valid until the 10 of July so the backup plan from hell can come into force!

We must therefore hope that the Polish government in the meantime will work hard on improving their backup plan and I have some suggestions for a better backup plan.

It could also for a while be the military that controls the airspace over Warsaw and maybe even from other NATO nations. Winch should not be a problem with the current situation on the world stage.

If a backup plan is needed I also hope it will become more fair towards other airlines than just LOT. Also Modlin airport will get some of the not cancelled flights. Also for the sake of the passengers and business travellers included.

In other words there is as I see it more options for making a backup plan for a flow blown air traffic conflict than the present one. The one we have looks like a backup plan from hell. Let’s hope that the Polish government has a better plan in the drawer.

Only time will tell and I will of course keep an eye on this conflict and keep you posted here on news.bizinpoland.com (Business news from Poland).

The most important lesson learned from the Polish Deal must be...

22/02/2022 0
Under this category called Opinion I will now and then give you my opinion. The idea is also now and then to have guests to...
Go to mobile version