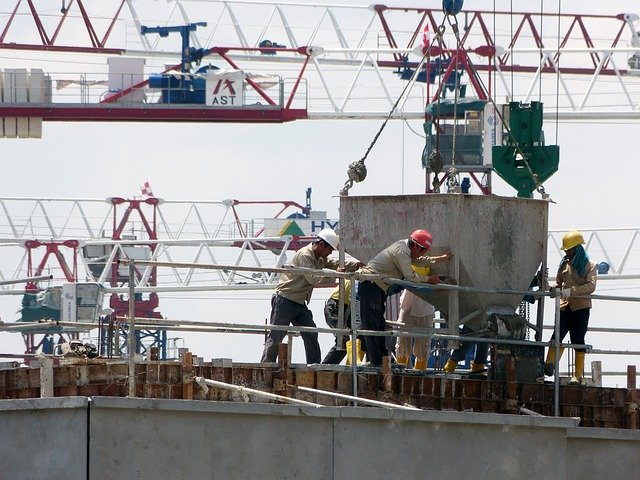 The new statistics show a collapse in the Polish apartment market and look worse than in record weak pandemic months. Experts warn that in two years’ time the shortage of apartments may be particularly hard.

Fears of a collapse in the Polish apartment market are confirmed. According to the latest data from the Central Statistical Office, August was the second month in a row in which the number of flats started by developers dropped sharply.

There were 5,200 such flats in Poland. This is as much as 63 percent less than the same month a year ago. It wasn’t that bad even in the record-breaking covid months of spring 2020.

Market experts note that the bar was set very high, because a year earlier developers showed record activity. However, you cannot blame everything on statistics and the so-called base effect.

It is worth noting that due to the entry into force of the amendment to the developer law, which imposed additional costs and obligations on developers, many investments were accelerated and their start accumulated in the first half of the year.

The lower number of commenced investments is also caused by a lower demand for flats – especially on the part of people who need a loan to buy a flat. It is very difficult to get money from the bank now.

– It is very likely that in the coming months the regression of new construction projects will further deepen, which will have a destructive effect on the parameters of the development offer – warns Jarosław Jędrzyński, an expert of the marketpierwotny.pl website.

He believes that developers on a massive scale withhold new construction projects because they strive to balance the Polish apartment market and reduce investment risk. As a result , the offer of apartments in a short time may shrink to the lowest level in the history of the primary market.

– The effect of such an action is easy to predict. Considering that the statistical construction of a residential block in Poland takes two years, we can forecast that in 2024 developers will put into use much fewer apartments – notes Bartosz Turek.

This is a disturbing prospect as the forecasts or announcements available today show that already in 2023 the economic situation in Poland will improve, and the falling inflation dynamics will also start to be accompanied by drops in interest rates. This means that access to loans will improve, so the demand for housing should also grow.

A rather depressing picture emerges from the statistics and comments of real estate experts. How do developers find themselves in this difficult environment and what are their moods? Here are some of the big market players we asked. Their statements show that the greatest will do well. The problems will mainly affect smaller developers. The question is, is this enough to meet the demand?

What about new flat developments?

– We try to act according to the schedule. We have just launched the sale of a new project in Krakow. However, we started a lot of investments in the first half of 2022.

Perhaps in those investments that are staged, we will adjust the pace of implementation of subsequent phases to the current demand, which does not mean giving up plans – says Angelika Kliś from the management board of the Atal development company in an interview.

At the same time, he admits that he notices that many developers, especially smaller ones and those who finance their activities to a large extent with loans, have completely suspended their investments.

Dr. Iwona Sroka, a member of the Murapol board of directors, argues that her company does not belong to this group. – We operate in accordance with the assumed plan and we do not suspend the pace of implementation of our investment projects.

We process new applications for building permits, and the only thing that determines the pace of their implementation over time are administrative decisions, on which we have no influence on the speed of responsiveness – he emphasises in an interview.

In turn, Archicom admits that the real estate market has certainly slowed down significantly in recent months. However, he argues that it adapts to the changing market conditions.

President Waldemar Olbryk notes in an interview that most of the 1,000 currently offered apartments are outside the so-called popular segment, which has a positive effect on operations in the period of reduced demand. It indicates that Archicom has developed a new investment status in response to the current market circumstances.

– Assumes implementation to the stage of full market readiness. Thanks to this, we do not have to make hasty decisions. We will supplement our offer with selected investments only when we observe a real willingness to buy specific apartments among buyers. Thus, we can more accurately respond to market demand, limiting investment risks – emphasises President Olbryk.

Developers’ representatives agree that the reduced demand for flats is mainly caused by an increase in interest rates and the resulting difficult access to mortgage loans for potential buyers.

– At the moment, cash customers are responsible for nearly 70 percent. purchases of new apartments in the Murapol Group , therefore what is most noticeable is a change in the customer structure – emphasises Iwona Sroka.

In addition, there are rising costs of raw materials, energy, labour and new burdens imposed on investors.

– As a result of events in the macroeconomic or geopolitical environment, investment implementation costs are rising, pressure on margins and uncertainty in business are increasing. The prices of fuels, electricity and raw materials are rising. All this is not conducive to real estate investments – emphasises Iwona Sroka.

– Dear money, often expensive land purchased, plus high construction costs and cutting off clients from financing give a mix that forces the majority of developers to freeze investments and in practice a sudden slowdown of activity, due to its negligible profitability – comments Angelika Kliś.

Will there be a big problem with flats in 2024?

Market experts warn that with the suspension of new investments in the second half of this year, in about two years (roughly the duration of the housing construction cycle) there may be a big problem with the apartments. Especially in the face of the expected economic recovery and more easily available loans.

– This is a very probable scenario for which we are prepared – says Angelika Kliś. – When the demand starts to recover, for example in two or three years, the supply of flats will be halved. It will be a good situation for companies such as Atal, which have financial potential and a strong balance sheet that is not threatened by loans. We can build stock for some time, and when the demand for housing increases, we will have a ready-made and diversified product in a shrunken market, he argues.

Iwona Sroka from Murapol also admits that the inhibition of supply is visible. Regardless of the market situation, it is important to offer a product that best suits the customer’s requirements and the latest trends.

– This secures our business in a way and such an offer has been successfully developed by Murapol for years. Soon, developers will show operating results for nine months of this year, and it will also turn out to be how they manage to maintain their potential and strategic course – he notes.

He believes that the stage in which we are in the market has resulted in a paradigm shift to which the industry simply has to adapt . And yet, there are good prospects for the industry.

– Demand for housing is and will be, which is supported by a number of social factors, as well as a high housing deficit in Poland, which has not disappeared, and which is estimated according to various sources at about 2 million apartments – emphasises Sroka.

The president of Archicom looks at the coming year with moderate optimism. – We have an extensive land bank at our disposal, which allows us to introduce up to 3,500 sq m of land on the market for new premises – points out Waldemar Olbryk.

GUS: at the end of 2021 residential premises prices went up...