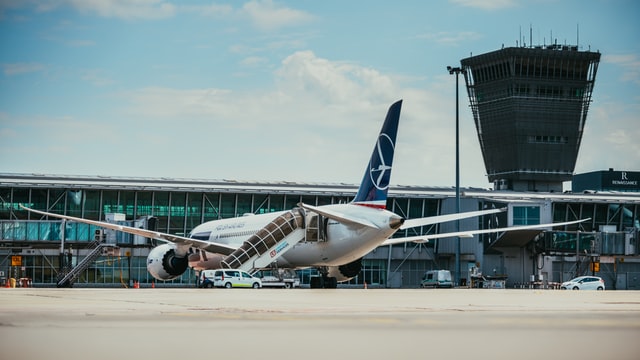 There is still no agreement so the air traffic conflict goes on and now into a new stage but not all flights are cancelled yet. Airport Frederic Chopin in Warsaw will run shorter, only until 17.30. There is also a list of priority flights.

The regulation on the operation of Chopin Airport will happened after May 1, when air traffic restrictions are to put into force. The list of priority flights includes 32 routes – mainly from LOT.

Air operations in this area can only be performed from 09.30 to 17.00, provided that adequate air navigation services are provided. The issue of ‘declared capacity of the TMA area – that is how many flights in the airspace can be at once – will also be taken into account.

Priority for Chopin airport and flights to London

In addition to the hours and conditions of the operation of flights in the area, priority rules have also been defined. This is because there will not be enough controllers to handle all flights.

Priority is given primarily to flights from Okecie (that is, the Chopin airport in Warsaw) and to this airport.

Additionally, there is a list of priority destinations opened by 3 London airports – Heathrow, Luton and Stansted. Then they are:

Flights to other destinations will only be allowed if the appropriate services are available that can handle the flight.

In addition, as regards the above list, they are allowed to be performed on a given route only once a day, by one air carrier that carried the largest number of passengers on a given route in the years 2019-2021.

Before buying tickets please notice that strikes in Ryanair can last...

27/07/2022 0
Strikes with Ryanair four days a week until January. These are the plans of the Spanish trade unions operating in these airlines   The strike action...
Go to mobile version