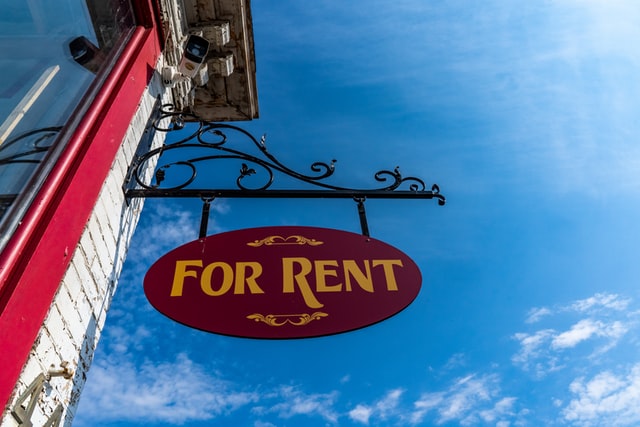 With the current drastic increases in loan costs and real estate acquisition costs, many landlords are choosing to increase the rent. I check when the landlord can do this and when the tenant can refuse to accept the raise.

It also turns out that in the case of properties that are rented for business purposes, it is easier.

In the case of premises rented for housing purposes, they are subject to the provisions of the Act of June 21, 2001 on the protection of tenants’ rights, municipal housing resources and the amendment to the Civil Code (i.e. Journal of Laws of 2018, item 1234, as amended – hereinafter the Act on the Protection of the Rights of Tenants).

The tenant is a tenant, and the provisions of the act protect, inter alia, against excessive and/or unjustified increases.

When the lease is concluded for a definite period, which ends, the landlord can offer the tenant basically any terms for extending the contract. If the tenant does not accept them, the contract is terminated with the expiry of the period for which it was concluded.

Changes during the term of the fixed-term contract

In the case of concluding a contract for a definite period, the possibility of changing the rent depends on the content of the contract.

If the contract does not include the possibility of terminating the terms:

If the parties do not provide for the possibility of termination in the contract and there are no special circumstances specified in the regulations (e.g. delay in paying the rent), the lease agreement and the amount of the rent cannot be terminated. This means that:

If the contract provides for the possibility to terminate the rent, this increase is still limited by the provisions of the Act on the Protection of Tenants’ Rights.

Even if the parties in the contract have specified the amount of the increase, if it exceeds the limits, the tenant will be able to oppose the increase. The terms of the rent termination may not be worse than in the case of the lease agreement for an indefinite period described below.

That is why it is always worth consulting the content of the concluded contract with a lawyer.

When the lease has not been concluded in writing, it is extremely difficult to agree on what terms the parties have agreed on. According to the regulations, when the contract was concluded for a period longer than one year, if there is no written form, such a contract is considered a lease contract concluded for an indefinite period.

When there is no evidence, e-mails or text messages, it will be difficult for the landlord to prove that the contract was concluded for a fixed period and that the parties agreed on the terms of the rent increase.

Special restrictions on the termination of the rent

The form of termination of the rent

The rent may only be terminated in writing. Oral termination, e-mails or text messages will not have any legal effects. The act stipulates explicitly that the termination of the rent must be in writing, otherwise null and void.

Deadlines for giving notice of rent:

The notice period for the amount of the rent is 3 months. The parties cannot agree on a shorter period in the contract. However, they can extend it. The notice period means that the rent increase is only effective 3 months after informing the tenant.

The amount of the rent increase

An increase in which the amount of rent or other fees for using the premises per year exceeds 3% of the reconstruction value of the premises, does not require justification.

However, if this amount is exceeded, it may only be done in justified cases.

The first justified case is inflation. It will be justified to increase the rent in the amount not exceeding the average annual growth rate of the prices of goods and services from the previous calendar year.

This indicator is published in the form of a communication by the President of the Central Statistical Office in the Official Journal of the Republic of Poland “Monitor Polski”.

The second justified case of a rent increase is the failure of the owner to obtain income from rent or other charges for the use of the premises at a level that would cover the cost of maintaining the premises, as well as ensure capital return and profit.

Here, however, there is another limit to the amount of the increase. The owner cannot determine the return on capital at a higher level than

And that’s only until the full payback of the expenditure described above.

It is a great difficulty for landlords to determine what a fair profit is. In practice, we either refer to the profitability of investments , bonds, or consult a property appraiser who will help determine the average profitability of renting premises in the area.

What is a tenant supposed to do when they get a rent increase?

Notwithstanding the foregoing, within 2 months from the date of receiving the raise, the tenant may:

How to challenge a raise in court?

Challenging the increase in court is nothing more than a lawsuit to establish that the increase is unfounded or justified, but in a different amount.

Important! It is up to the owner to prove that the raise is justified. That is why it is worth getting ready for it in advance.

Increase in rent in the event of an occasional lease

The above-described conditions for increasing the rent do not apply to the so-called occasional rental agreement. The content of the contract is the most important here.

In such a contract, the landlord may only increase the rent in accordance with the terms of the contract. The landlord and tenant are therefore free to agree on the conditions for increasing the rent.

When drafting both an occasional lease agreement, especially for a longer period, it is very important that the landlord regulates the frequency and amount of rent increases. If he doesn’t, he won’t be able to increase the rent for the entire lease. Therefore, it is worth preparing such a contract with the help of a lawyer.

The law of course changes over time so it is always important to keep being updated and hire a lawyer when it is needed.

The Polish lawyer who gave this info is Marta Rozwadowska Kucka.

22/10/2022 0
The Monetary Policy Council in Poland does not have to raise interest rates for the loan instalments to grow. It is clearly visible today,...
Go to mobile version