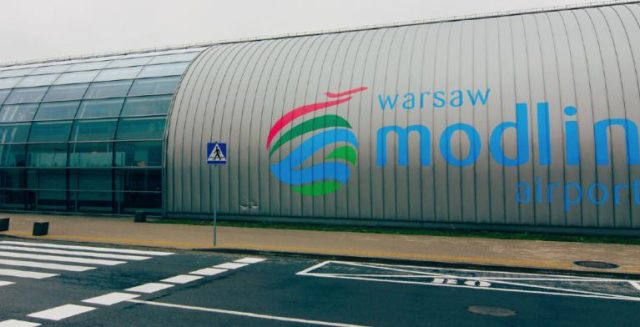 The Modlin airport was doing great after recovering from the pandemic. In the fall of last year, the port already served almost as many passengers as before the coronavirus attack. In November, he cleared over 204 thousand. people. In the first quarter of this year, three-quarters of passengers departed from Warsaw compared to the same period of 2019.

“We started the new year with new hopes, not only for our airport, but also for the entire industry. The prospects and plans are very interesting. The dynamic reconstruction of air traffic is favoured, among other things, by the lifting of restrictions on travelling in Europe, including Poland” , said Tomasz Szymczak, acting president of the Warsaw-Modlin Airport.

The rebound is of course related to the dominant position of Ryanair, who is practically a monopolist. The carrier has launched many new routes in recent months. From Modlin you can now get, among others to Pisa, Trapani, Kaunas and Budapest. However, the controversial low cost agreement with the airport is coming to an end, and the airport management decided to use this fact to increase fees and open up to cargo transport.

Radom airport one year before opening

The existing arrangements basically closed the chances of Ryanair’s existence from the competition. With 3 million passengers, the Irish paid PLN 5 per person. Other lines, incl. due to the limited capacity of the port, they could not enter the airport so widely, and the check-in for each client would cost them as much as PLN 40.

Modlin’s dependence on Ryanair was one of the main accusations that one of the co-owners – Przedsiębiorstwo Państwowe “Porty Lotnicze” – made against the other shareholders. At least officially, because as you know, the state-owned company is also carrying out an investment in Radom . The construction is almost finished, and the government is pushing Radom as an airport for charters and low-cost airlines, which means that it would become a serious competition for Modlin.

The port terminal has already been picked up, and PPL has already shown representatives of tourist offices around it. According to the recently presented schedule, the first flights are to take place in the spring of 2023. And it just so happens that it coincides with another serious crisis of Modlin.

Modlin airport is in need for more money

Puls Biznesu writes that the port needs a total of PLN 21 million, of which PLN 13 million for necessary repair works. The money was hammered down a year ago – all shareholders agreed to raise the capital in proportion to the shares held.

In an interview with the daily, the chairman of the supervisory board, Marek Miesztalski, says, however, that PPL is multiplying the problems and is not eager to put out the cash register.

The nail in the coffin, however, may be the decision of another large shareholder – the Military Property Agency. The AMW decided that after the outbreak of the war in Ukraine it had more important expenses on its head and withdrew from the obligation. Among the large owners of the airport, only the Masovian Voivodeship remains on the battlefield.

Modlin has already escaped from under the axe once. Let us recall that just before the May picnic, the government and the Civil Aviation Authority published a contingency plan in the event of the departure of 136 air traffic controllers. Almost all the available capacity over Warsaw was to be acquired by Okęcie; only single planes were to take off from the capital during the day.

Fortunately, the crisis in the Polish skies was averted. Now, however, Modlin is facing a much more difficult test. The airport in Radom opens in a year, and PPL behaves as if they did not want to, because their new child had to compete with anyone for attention.

The raises for tram drivers and bus drivers were eaten by...