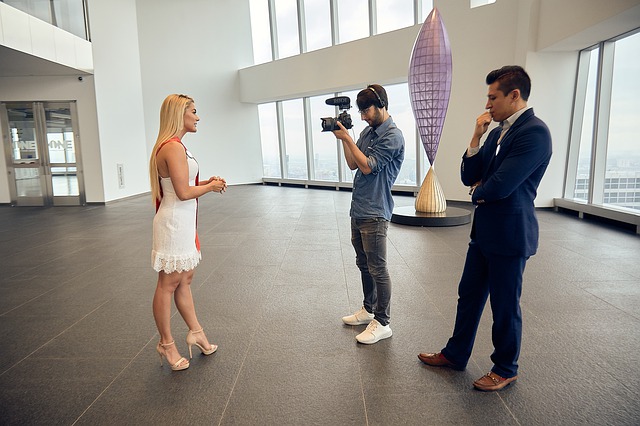 Oyou.me offers developers analytical tools, blockchain-based technologies and sales support for influencers etc. The platform is to be an overlay on the most popular social media and help better understand fans, as well as monetization.

There was no platform for simultaneous monetization on published content, distributed physical and virtual products. There was no platform with advanced analytics to better understand the needs of recipients – Michał Jeska outlines the problems of the world of social media.

In 2017, Brief included him among the 50 most creative in business. The young entrepreneur was recognized for his contribution to the development of gamification as part of Gerere Fun For Good, where, together with Jacek Siadkowski, they implemented its assumptions for CSR and social projects in companies.

“We tested the use of gamification methods in educational and therapeutic projects. We have designed, among others, gamification for people with Asperger syndrome, motivating us to use public space, and gamification for penal facilities, in which we mobilise inmates to rehabilitate. We can also boast of creating and running a nationwide project for local sports communities” – said Siadkowski.

Later, Jeska worked at uPacjenta.pl, a medical platform that facilitates preventive healthcare, and Roche, a biotechnology company. Now, however, he has his own business.

Connect the creators, their fans and business partners

“Live, create, earn – this is our motto, but at all costs we want to avoid it being an empty slogan. Oyou.me is primarily about people, the community. We want to give space, especially to novice creators, so that they can meet photographers, make-up artists, graphic designers, psychologists and other people who can influence their career on the Internet. Our office is not only a few tables, chairs and laptops, it is also a place where you can create” – emphasises Michał Jeska.

“However, the platform is to allow not only to create a portfolio, but also to monetize communities around influencers in the VD2D model. What does virtual door2door mean ? Here is an example. The platform establishes cooperation with the company A. It assumes that selected creators can put its clothes, cosmetics or equipment in their stores in exchange for a share in sales revenues. Oyou.me is not only to act as an intermediary, but also to help you take the first steps in e-commerce.

Currently, stores are not easy to use for many creators. We will not only support them, but also take care of shipping and logistics”, Jeska underlines.

“The platform is also to offer its own token for billing – OYOU. Creators are to receive them in return for completing community-engaging tasks. So it sounds very similar to the model offered by Indahash. However, Jeska will take advantage of the latest trends and allow developers to mint (manufacture) and sell their NFTs, which fans can then collect. Sounds interesting, but without building the scale and attracting big influencers, it can be a hoe hike to the sun. For now, the platform boasts of two influencers from Instagram and TikTok, who are followed by a total of 15 thousand. profiles.

We do not want to fight with the largest media and take advantage of their shortcomings” – says Michał Jeska.

“The creator is to transfer his most engaged followers to us, he can create thematic “groups-channels” for them, build his image more fully using the tools offered by oyou.me – adds Jeska.

The platform is designed to help them understand the community – responses to content and behaviour. What is she/he supposed to earn on her/his own? We are paid by fans of influencers and creators. We are also paid by brands that want to create VD2D stores and brands that cooperate with us, create sales content or promote themselves in another way.