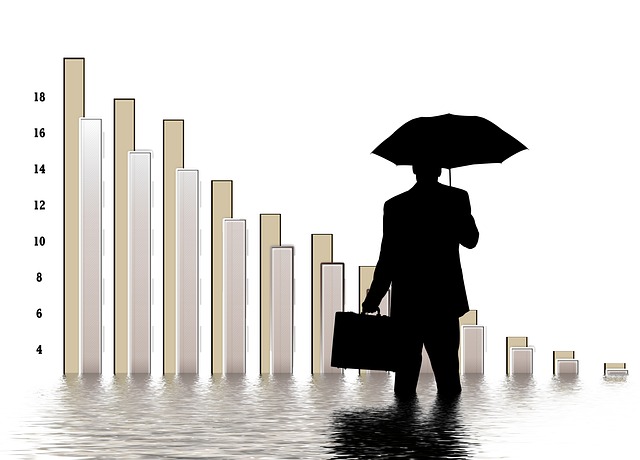 Developers in Poland have some big problems despite the fact that are more and more flats for sale, but there is a shortage of people willing to buy them. The largest developers listed on the stock exchange have just experienced a spectacular slump in sales.

The number of flats for sale for which they managed to find buyers was in the second quarter lower by several dozen percent than in the previous year. The great results from last year, when everything that hit the market was sold on the trunk, is history.

How much has the sale of flats dropped?

The biggest drop was recorded by Echo Investment (together with the Archicom group), which concluded 324 developer and preliminary agreements, i.e. for the sale of newly built premises, in Q2. In this case, the decrease was almost 65%. compared to the second quarter of last year.

Lokum recorded a slightly better result, where the result deteriorated by almost 57%. Every year. A comparable result was also obtained by Ronson Development, which sold 114 apartments. That’s 54 percent less than the year before.

The market leader, Dom Development, did the best. The company also had a worse result than last year, but “only” by one fifth. It managed to acquire customers for 801 premises, which is 22.4 percent less than the year before.

Sales declines in the entire market

The results of listed developers confirm what other sources said. According to the report of the JLL company , which deals with, inter alia, real estate transactions, sales of apartments in the six largest Polish cities fell by 11.5% in the second quarter compared to the period January-March.

In the entire first half of the year, a total of 19.500 transactions were concluded. This is as much as 50 percent less compared to the best in terms of sales in the first half of 2021.

The previously published data from otodom.pl and obido portals showed similar trends . Although the number of flats put up for sale by developers has increased, there have been fewer people willing to buy them. Effect? The number of flats sold is much lower than the year before.

According to these data, in the six largest cities, developers sold a total of 4126 apartments in May alone. It is true more than in February, March and April, but at the same time by as much as 23 percent. less than in May 2021.

Because credit is too expensive

What happened on the market that the number of apartment buyers disappeared so quickly? All indications are that there were two overlapping tendencies at work. First, the demand has fallen, which is a direct effect of the increase in interest rates and the tightening of lending policies by banks.

Both of these factors cut off a large group of potential buyers from the loan. As can also be seen in the data.

According to the latest information from the Credit Information Bureau, in June the number of applications for a housing loan amounted to slightly over 19.500 and it was 59.7 percent less than the year before. Compared to May this year, the decrease was as much as 18.1 percent.

The value of loans applied for by bank customers decreased by 59.9% compared to June 2021

The loan demand index, which BIK measures the level of interest in the banks’ offer, is the lowest in the history of measurement since January 2008, i.e. for 14 years.

Secondly, developers, observing market trends, and more specifically a drop in demand, began to reduce supply. According to the latest data published by the Central Statistical Office of Poland (GUS ), the construction of exactly 22,226 flats was started in May.

This is 23 percent less than the year before. In the case of the developers themselves, who set the tone for domestic housing investments, the decline was 25.3%.

This means that the offer of newly built apartments is also shrinking. Which may also lead to a decline in the number of newly concluded developer and preliminary agreements.

Besides these problems the developers also need to have the new developer act. in mind.

It will be interesting to see how the drops in sales will affect the rental market that has it´s problems of it´s own.

10/03/2022 0
Apator Powogaz - a subsidiary of Apator - concluded a promised contract for the purchase of real estate together with a newly built production...
Go to mobile version