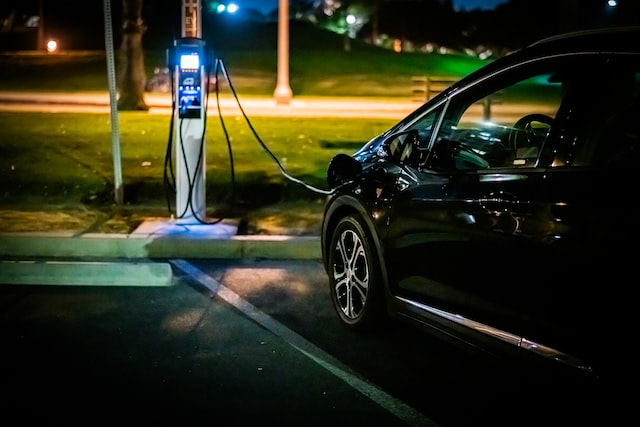 Where to charge electric cars in Poland? Are there electric car chargers on my route? And finally: how many such chargers are there in Poland at all? These are the questions that every owner of an electric car asks himself who sets off on a longer journey through Poland.

We are on the eve of a real revolution. After 2035, the European Union is to ban the production of internal combustion cars . This means that electric cars will reign supreme, but they need special infrastructure.

Electric cars are already growing faster in Poland than this particular infrastructure, i.e. to put it simply, charging stations for such vehicles. So is Poland ready for a revolution in the automotive industry? Let´s check the current status.

How many charging stations are there?

At the end of June 2022, there were 2,232 publicly accessible charging stations (4,327 points) in Poland, according to the Electromobility Metre.

At the other extreme is the so-called the eastern wall and the Świętokrzyskie Voivodeship, where there are the fewest chargers: 21. At the other end of the list, we have Podlaskie (36) and Lubelskie (29) voivodeships.

In the first half of 2022, 300 public stations were commissioned.

This number could be much higher, but the development of charging infrastructure in Poland is delayed by a number of system barriers – comments Jan Wiśniewski, director of the research and analysis centre of the Polish Alternative Fuels Association.

And the problems vary. The expert calculates that the construction of a connection by the DSO takes an average of 1-2, and sometimes even 3 years of waiting. Another issue is the lack of adequate power preparation of the energy infrastructure along motorways and expressways.

Who has the most electric car chargers?

At the end of 2021, Orlen Charge had the most charging stations, 397 in the country. Its share in the entire network was 20.5 percent. The second largest operator is GreenWay Polska – it was responsible for 16.8 percent. market with 325 stations.

Where are generally accessible charging stations located in Poland? The most, because 39.5 percent. in public parking lots, 19 percent within shopping malls. Less, because 15.5 percent. is installed on the premises of hotels, and 11 percent. – at petrol stations.

The vast majority (93%) of charging stations in Poland are open 24 hours a day.

However, the electric car fleet is growing faster than the charging infrastructure. Experts point out that this may soon be a real problem for current and future electrician users.

– The number of electric vehicles per one point increased from 5.6 in 2019 to 14.7 in 2022. In the context of the introduction of the ban on the sale of combustion cars in the European Union, this poses a risk of a shortage of chargers and a significant deterioration of the situation on the Polish automotive market – says Maciej Mazur, managing director of PSPA in an interview.

He adds that without a sufficient number of charging stations, the electrification of the Polish vehicle fleet on a mass scale will not be possible. That is why PSPA and the industry are working on a proposal for changes to the regulations.

The goals of the project include significant shortening of the construction time for connections of publicly accessible charging stations to the DSO network, or the implementation of mechanisms facilitating and stimulating DSOs to invest in the expansion of distribution networks.

The most important event in the Polish automotive industry returns

29/03/2022 0
The 5th edition of IABM and the most important event in the Polish automotive industry finally comes back to finally, after many months of...
Go to mobile version