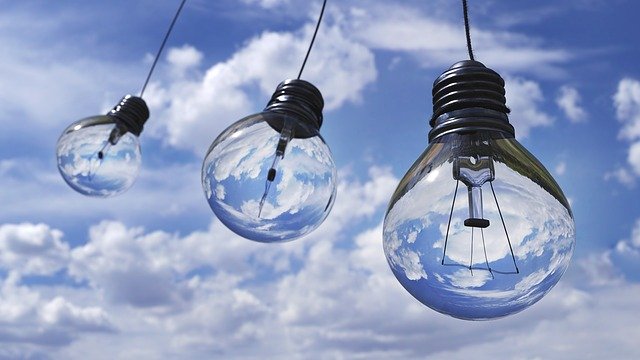 Electricity may become a symbol of high prices, and its prices may surprise you. Increases are planned from January 2023, but it is possible that the electricity bills will increase even faster. We are dealing with an unusual market situation.

Electricity bills have increased by 24%

Since January this year, our electricity bills have increased by 24%. According to the Energy Regulatory Office, this translated into an average of PLN 21 on the bill.

The increases were explained by high wholesale energy prices and the costs of purchasing carbon dioxide (CO2) emission rights, and our power industry is mostly based on this fuel. As much as 80 percent of the electricity produced in the country in 2021 came from coal.

It is certain that our bills will increase again from next year. Every year in December, the President of the ERO approves tariffs for the new year.

Every year in the last quarter, distribution companies and sellers: PGE, Tauron, Enea and Energa calculate their costs and then translate them into energy prices and rates for its delivery to end users. Tariffs calculated in this way are submitted to the President of the ERO for approval.

This year, however, the situation is unusual and we cannot calmly wait for the rate hikes from January. Everything indicates that they will find us after the holidays.

– Three out of four companies selling electricity to households, which are required to approve tariffs by the President of the Energy Regulatory Office, have already applied for a change in price lists.

This means that we are dealing with a rather unique situation – notes Agnieszka Głośniewska, the press spokeswoman of the Energy Regulatory Office.

Enea, Energa and Tauron want to raise prices this year. For now, the President of the Energy Regulatory Office is analysing their conclusions. If it approves the tariffs, they will apply after the holidays. – The uncertainty related to the availability of raw materials such as gas or coal, the war on our eastern border, sanctions imposed on Russia

– all of these constitute a very specific and difficult situation that has an impact on the raw materials and energy markets. Energy is more expensive on the wholesale market.

And the regulator cannot act in isolation from the realities of the market. Tariffs are therefore a derivative of what is happening on the wholesale market – reminds Agnieszka Głośniewska from the Energy Regulatory Office.

The spokeswoman assures, however, that the President of the Energy Regulatory Office guards the tariff process, ensuring that the final prices paid by consumers reflect only the justified costs of energy companies’ operations and correspond to the current market conditions.

– As long as the regulator is not convinced that a given tariff level balances the interests of energy companies and consumers, taking into account the current market conditions and the economic situation of enterprises, the tariffs cannot be approved – she says.

It is not known what increases are requested by Enea, Energa and Tauron. When asked, they did not want to reveal details. – Rates and fees are generally influenced by various factors, including market prices of energy, prices of CO 2 emission allowances or prices of certificates of origin for electricity from renewable energy sources.

In 2021, 35 percent. Electricity sold by Energa Obrót was produced from renewable energy sources – Krzysztof Kopeć, director of the Press Office of Energa, answered questions about the increases in rates.

Although companies do not want to officially disclose price ranges, many analyses are being prepared that may suggest the scale of the increases. The latest projection of the National Bank of Poland assumed the average annual increase in total energy prices (not only for households) in 2022 at the level of 33.9%, in 2023 – 30.9%.

Jakub Rybacki, head of the macroeconomics team at the Polish Economic Institute, believes that we should prepare for higher increases than this year ‘. – A high increase in prices should be expected – the cost of electricity on the Polish Power Exchange is currently twice as high as at the beginning of the year.

Futures for the heating season are three times higher. Also, information from the Industrial Development Agency indicates that power plants and heating companies currently obtain coal by 70 percent more expensive than a year ago. Therefore, the bill will probably be higher than this year – in January it was 24%. – says.

According to some analyses, the increase may even exceed 100%. According to Pekao analysts, if the record level of electricity prices is maintained on the Polish Power Exchange, the amounts for consumers may increase by as much as approx. 115 percent.

In his interviews, the President of the Energy Regulatory Office points out to increases of several dozen percent, but does not precisely specify their amount. The first decisions that are to be made before the end of the vacation can show the scale.