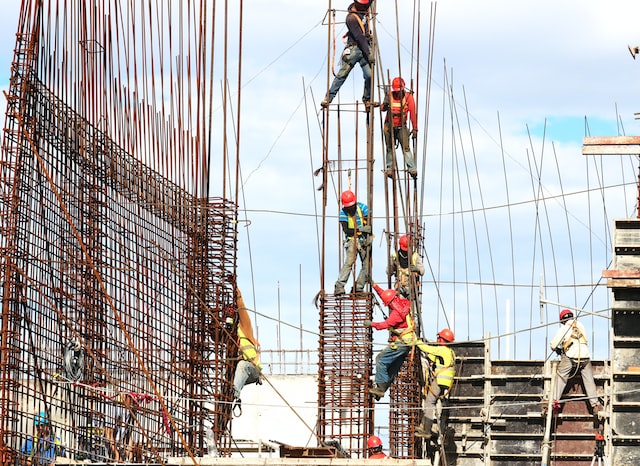 A Polish construction developer does not want new investments- For the first time in the company’s history, we have a situation in which we do not want to launch new investments due to the bad situation of clients – the management board of Lokum Developer informed the public during the results conference. In the first half of 2022, the sales of the developer’s apartments dropped by half. The data from the Credit Information Bureau shows that the demand for housing loans has basically been frozen – applicants are up by over 70 percent less than a year ago.

Low demand for flats resulting from the situation of borrowers – this is the reason why the Lokum Deweloper development company will not launch new projects for the first time in history, even though it would be able to do so.

“For the first time in the company’s history, we have a situation in which we do not want to launch new investments due to the poor situation of clients”.

– quotes the words of a representative of the company’s management board from the results conference, portal spalainwestorow.pl.  The website adds that Lokum Deweloper plans to lay off workers in connection with the suspension of investments – “especially those who will leave construction sites after the completion of the investments still in progress”.

As the developer adds, he is not planning to lower the prices of the offered apartments, because he would not be able to cover the construction costs. He also argues that planned investments are also withheld by other development companies.

Lokum Deweloper, operating in Kraków and Wrocław, recorded a 50% drop in apartment sales year on year in the first half of 2022.

The demand for mortgages record low

According to the data of the Credit Information Bureau, in August 2022, less than 12.4 thousand people applied for a mortgage potential borrowers. It is over 70 percent. less than a year ago (about 42.5 thousand) and by 12 percent. less than in the already fatal July. This is the worst data in the history of BIK analysis.

owski, the main analyst of the BIK Group. Since October 2021, the Monetary Policy Council has raised interest rates in Poland eleven times in a row, from 0.10 to 6.75 percent. Due to such a significant tightening of the monetary policy by the MPC, the installment of the new housing loan went up by approx. 100%. For example, an installment of a new loan for 400,000 PLN for 30 years (with an interest rate of 3M WIBOR + a margin of 2%) has increased over the last year from approx. PLN 1,560 to approx. PLN 3,060.

Higher loan costs made Poles’ creditworthiness fall head over heels. In addition, she was also trodden by the recommendation of the Polish Financial Supervision Authority, according to which from April this year banks have to count creditworthiness assuming that the loan interest rate will increase by 5 percentage points compared to the current one (i.e. with the current 3M WIBOR rate at over 7%, the potential borrower still has to prove that he would be able to repay the loan with WIBOR over 12% .). Previously, it was 2.5%, so this change hit the creditworthiness of applicants.

The number of new investments is falling

According to the latest GUS data, in July this year. started in Poland by 37 percent fewer construction sites than a year ago. In the case of premises “intended for sale or rent” there was a decrease by over 44%. In total, in the first seven months of 2022, the number of started construction projects fell by over 20%.

When it comes to apartments for which construction permits have been issued or for which a construction design has been submitted, a 24% decrease was recorded in July. Every year.

The number of flats commissioned for use is also falling (in July by approx. 8% year-on-year, including approx. 2% in the case of premises “for sale or rent”), but in the entire January-July period br. you can still see an increase of 2-3 percent. Every year.

HBO Max will be gone in Poland. What will subscribers get...

08/08/2022 0
The owner of the HBO Max and Player streaming platforms known to Polish viewers has a new plan to fight for the online video...
Go to mobile version