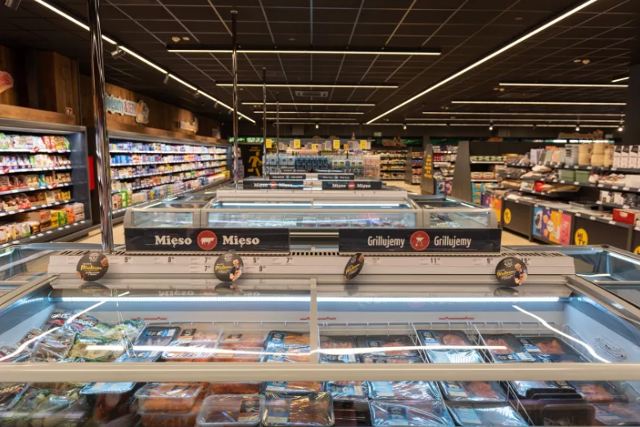 Netto Polska will shorten the opening hours in dozens of stores. It is associated with high electricity prices. The chain of stores hopes that the decision will help reduce electricity bills.

From November, dozens of Netto Polska stores will be working shorter by one hour. – This is related to the early closure or later opening, depending on the store, and applies to those establishments where traffic in the morning or evening hours is lower – reported  Patrycja Kamińska, PR manager at the Polish branch of Netto.

Today, Netto – after the recent absorption of Tesco Polska – manages a network of approx. 650 stores in our country. This means that the operating hours of several or a dozen or so percent of the operator’s discount stores in Poland will be shortened.

Netto is the first large grocery chain to take such a step in Poland. Last week, the Aldi network informed that there are shorter working hours, but in Germany, not in Poland

It is already officially known that Aldi Nord stores will be open for shorter periods from November . “Aldi Nord is the first food retailer in Germany to adjust the opening hours of shops, thus actively contributing to energy savings. From 01/11/22 these supermarkets will be closed at 20:00. This initially applies to the winter period of 2022/2023, ”the company said in a press release.

The German press reports that neither Edeka nor Lidl are going to make similar movements for the time being. From the beginning of September, Germany introduced a law according to which public buildings should be heated to a maximum of 19C. This also applies to large shopping centres. This action is to reduce gas consumption by 2 percent.

In Poland, no guidelines on the method of heating have been introduced so far. However, in grocery stores, heating is not the most energy-intensive. As Ryszard Wysokiński, head of department investor relations / strategic expansion at Kaufland Polska Markety said, for the consumption of at least 50 percent of its electricity corresponds to refrigeration.

Firms report that their energy bills have often increased by several hundred percent. Although the Sejm passed an act freezing energy prices in 2023 at a level not higher than PLN 785 per 1 MWh and it applies to entrepreneurs, small and medium-sized companies will benefit from it.

Grocery stores will not be subject to the reduced rate. For now, some are saving themselves with contracts concluded earlier, but there is no doubt that sooner or later they will feel the increases.

Recall that grocery stores significantly extended their opening hours during the COVID-19 pandemic, but then did not make drastic changes to reduce working hours. Netto discounters usually close at 22:00, but some stores of the Danish chain are open even until 23:00.

Lidl stores operate in a similar way, but some Biedronka discount stores are open even until 23:30. In Germany, other retail chains have so far not decided to follow the Aldi route. Will the same situation occur in Poland that retailers will be afraid to make radical decisions in order to fight for the client?

A record month for windmills in Poland provides record level of...

07/03/2022 0
Windmills may be part of the solution when it comes to not being dependent on gas from Russia. The reason is that windmills provide...
Go to mobile version