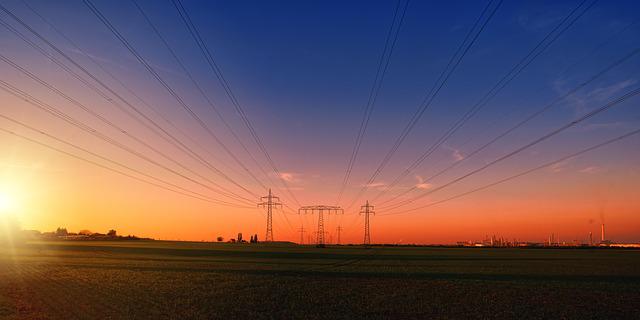 On the desk of the President of the Energy Regulatory Office, there are applications from three energy companies regarding the increase in electricity prices this year. However, not all sellers have to obtain the regulator’s approval to change price lists, and some of them have already introduced increases for Polish households. However, this is only a foretaste of what awaits recipients from January 2023.

The President of the Energy Regulatory Office is still analysing the applications of three energy firms to change tariffs for the sale of electricity in 2022. Tauron, Enea and Energa are applying for the increases, while Polska Grupa Energetyczna has already announced that it will not correct its tariff for this year.

According to information from Business Insider, the scale of the proposed increases reaches several percent . These companies raised tariffs in January – by 37 percent. which meant an increase for customers by an average of approx. PLN 17 net per month (including the increase in the tariff for energy distribution, the entire bill of an average family went up by 24%, i.e. by PLN 21 per month).

Other electricity sellers can shape prices without the approval of the President of the Energy Regulatory Office. As estimated by the regulator, more than 37% of free-market offers (which are not subject to approval) are already used. consumers in households in our country, i.e. over 5.8 million people.

The largest of the sellers outside the “big four” – E.ON, serving mainly Warsaw residents – has already introduced two increases this year. The first since January 1, when the entire bill for consumers from the G11 group (households), including electricity sales and distribution, increased by 23%. E.ON implemented another change from June (with a breakdown into a raise from June and from August) – the total bill then increased by about 3 percent. compared to the January price. The price of electricity alone reached PLN 0.45 / kWh net.

– We made these decisions mainly due to the situation on wholesale markets, e.g. on the Polish Power Exchange (TGE). For sales companies, record wholesale prices translate directly into an increase in the costs of energy purchases for end customers – explains Aleksandra Smyczyńska, spokeswoman for E.ON Polska.

For the remaining sellers, the offer for households is less important, they focus on business customers, because better margins can be obtained by selling electricity to this group of customers. There are also those who offer electricity to individual customers together with another product – e.g. gas. This is the case of PGNiG Obrót Detaliczny, which sells electricity to less than 1% ofhouseholds in Poland. The company’s price lists are based on the current market situation, including energy quotations on the Polish Power Exchange.

– Prices on the stock exchange have recently reached record levels. It is worth emphasising that customers who signed a fixed-term contract based on price lists developed in earlier periods have a guaranteed price until the end of the contract – emphasises Rafał Pazura, spokesman for PGNiG OD.

However, the increases in PGNiG OD are significant. Although at the beginning of 2021 the price did not exceed PLN 0.4 / kWh , new customers of this company or those who have just concluded the contract must take into account a net price of almost PLN 1.39 / kWh from August, and from October 1.95 / kWh. For comparison, the tariffs approved by the ERO and applicable from January this year amount to approximately PLN 0.41 / kWh.

Current price lists of 33 companies operating throughout Poland can be checked on the ERO website www.maszwybor.ure.gov.pl . The data collected there show that in August the net rates per kilowatt hour of energy range from PLN 0.4 up to PLN 2.5 .

Fortunately, customers are not stuck with the current electricity supplier and can change the seller. According to the Energy Regulatory Office, 957,000 people have already taken this step. individual and business clients. From January to June 2022, 11 thousand people changed energy suppliers. 181 recipients in households . The regulator states, however, that the price of energy is not everything. When choosing a seller, you should also pay attention to other elements of the contract, including for commercial fees, fees related to any additional services, duration of the contract and terms of its termination.

There will be further increases

When asked by us, sellers emphasise that they are constantly analysing the market environment in terms of potential further changes in their price lists.

– We are constantly monitoring the situation of electricity prices on wholesale markets. We analyse its impact on the electricity sales market for individual customers. At present, no decisions have been made regarding changes to tariffs for customers from the G group – informs Aleksandra Smyczyńska, spokeswoman for E.ON Polska.

It is also not known whether the regulator will positively consider the conclusions from Tauron, Enea and Energa on its table. At the moment, letters are being exchanged between the ERO and the concerns. It is not common to request a mid-year tariff change. The companies explain their willingness to raise, among others, increased energy demand by end customers and additional residents who came from Ukraine .

Usually, concerns secure the vast majority of energy for customers a year earlier – most often at the level of 80 percent. demand. The rest they have to buy on the stock exchange at the current prices, which are now dramatically high. The rates on TGE in contracts for the fourth quarter of this year already exceed PLN 1,650 / MWh. This is more than twice as much as in January, when the average price was less than PLN 731 / MWh.

– Next year, we can expect much larger increases, which we have not known so far – said Rafał Gawin, President of the Energy Regulatory Office recently . – In such circumstances, the introduction of protective measures for energy consumers is justified – he added.

According to analysts, in 2023 electricity prices for households may increase by over 100%.

– The key to lowering the electricity consumption at home is the optimal use of it. Often, really small changes are enough. The easiest way will be to replace the lighting with energy-saving (LED). At night, it is also worth turning off household appliances and audio /video devices from “standby” modes , because then they consume energy anyway.

When we buy new home appliances, it is always worth paying attention to the energy class of the devices and choosing those that are the most energy-efficient. You can also check whether it is possible to install a photovoltaic installation in the place where we live. Thanks to it, we have the opportunity to supply our home with solar energy – says the spokeswoman for E.ON Polska.

23/05/2022 0
"Prices have skyrocketed and no matter what period we would have referred to, Poles have never seen such holiday prices", says Piotr Henicz, vice...
Go to mobile version