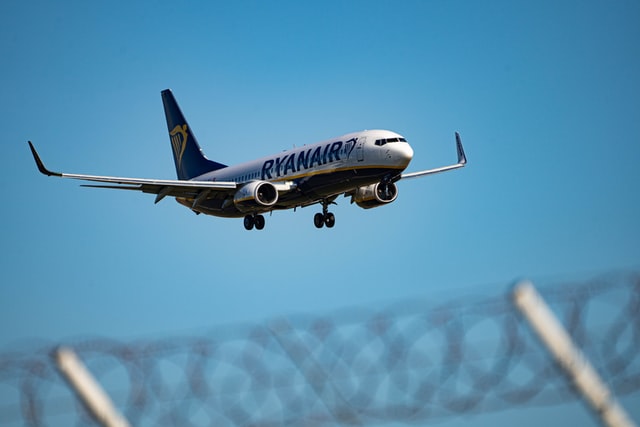 We are ready for emergency financing of the Modlin airport; the condition is to restore the port’s business model, which means that there will be no consent to further subsidising Ryanair, said Stanisław Wojtera, the head of the State Enterprise “Polish Airports”. The airport has to earn money for itself – he added.

Ryanair must make a decision

– 2023 will be crucial for the Modlin Airport – Ryanair must make a decision – either it will agree to market conditions and start paying real rates, or it will have to give up revenues from this airport. I do not know the second case in the industry where, given the record number of passengers, only the airline earns money, and the airport is permanently in short supply. So I believe that the current imbalance in benefits can be changed immediately. Of course, Modlin, as a regional airport, by definition will always remain an airport cheaper for airlines than, for example, the hub Chopin Airport in Warsaw, the head of the State Enterprise “Polish Airports” (PPL) Stanisław Wojtera told PAP.

In his opinion, “the port management model should be thoroughly reorganised and the price list of airport charges should be changed.” – It cannot be allowed that the pricing policy prefers one carrier and de facto prevents other carriers from starting their operations.If all the partners support the actions of the current management aimed at restoring the commercial policy of the port, I am sure that it will be able to develop and earn money. Everything is now in the hands of the other partners, but I am convinced that, just like us, they care about this project and we will quickly reach the necessary agreement – he pointed out.

Wojtera emphasised that from the beginning of his joining PPL “everything is done to come to an agreement with other shareholders and cooperate for the good of the Modlin airport”.

– The first effect of this cooperation was the change of the management board of Warsaw / Modlin Airport in September last year. As one of the owners of the port, we are very interested in the further development of the airport, which is why we declare the necessary assistance, also financial, so that it is possible to carry out the most important and key maintenance investments that will allow it to continue functioning – said Wojtera. He made a reservation that although “this money is on the table” – there is one condition – “healing the situation in the port”.

– In the years 2016-2019, the port increased the number of passengers handled, and yet it suffered high losses. Such a negative ratio of costs and revenues condemns the business to failure in advance, regardless of the scale of shareholder financing. Persisting in such conditions will sooner or later destroy any business. You cannot use the same methods and expect different results. In order to be efficient, the airport cannot cooperate with only one carrier and at radically low rates.Therefore, the business model of making a port dependent on a single monopoly line needs to be changed. Without it, there is no rational justification for pumping public funds, he explained.

Modlin airport – the genesis of problems

Wojtera recalled that on July 15, 2012, the first cruise plane landed at the Warsaw / Modlin Airport. – As we all know very well, the beginnings of this airport were not the easiest ones. After only half a year, due to construction defects, one kilometre of the runway had to be closed, which prevented all Code C planes, such as the Airbus A320 or Boeing 737 from flying . Wizzair and Ryanair returned to Chopin Airport, and Ryanair, taking advantage of the port’s difficult situation, concluded a contract with the management at that time, which was very unfavourable for the port, he recalled. As he added, flights from Modlin resumed on the last day of September 2013; since then, the airport has rapidly developed its network of connections and generated more and more traffic.

– Unfortunately, due to the unfavourable contract, the Modlin Airport – despite the record passenger results – could not boast a profit. The airport, built for 1.5 million passengers, serving 3 million passengers a year before the pandemic, was literally bursting at the seams, but it did not earn money. The 2013 contract froze a price list that has not been updated since December 2013. explains the head of PPL.

In his opinion, Ryanair in Modlin has “the best conditions to operate”. – By locating passengers at this airport to the limit, in the best years, i.e. in 2018 and 2019, the airline paid the airport a passenger rate much below market rates – only PLN 5.For example – at Chopin Airport, airlines pay PLN 81 – sixteen times more. Such a non-market rate was possible thanks to the price list which, along with the increase in serviced passengers, reduces the fare for the departing airport to rates that do not give the slightest chance for profitability. While Ryanair pays PLN 5, each new carrier that enters the port would have to pay a much higher rate, which in effect excludes any healthy competition at the port in Modlin – he explained.

As he added, despite the record-breaking 3 million passengers a year, Modlin “is permanently in short supply and is not able to generate a profit”. – Paradoxically – the fewer passengers, the smaller the loss for the port. Not to mention the fact that the costs of airport operation are not only fixed costs, but also expenses related to the number of air operations – the more of them, and there are a lot of them in Modlin, the shorter the usefulness of e.g. a runway. Any port handling such numbers of passengers should be self-supporting and with its own resources be able to carry out the necessary maintenance investments. If this is not the case, it means that something is working wrong and requires serious changes – emphasised the president of PPL.

According to Wojtery, 10 years of the port’s operation “gives faith that today the Warsaw / Modlin Port is on the right track to start being a profitable company, and not a private airport of one carrier, to which Polish taxpayers have to pay extra”. – We are ready for emergency financing, provided that the port’s business model is restored. The key is to choose one that makes the airport earn for itself. The future of the port depends on it – emphasised Wojtera.

In May this year. Modlin airport handled 307081 passengers and 2000 144 air operations. It was, respectively, 105.4 percent the volume of passengers and 110 percent. take-off and landing operations compared to the same period of 2019. May 2022 turned out to be the best month in terms of transport in the 10-year history of the airport. The previous record of transports was set in August 2019, when 303,000 were handled. 133 passengers.

Labour market will increase by so many Ukrainians after the war...

09/05/2022 0
In the event of the end of the war in Ukraine, many may stay in Poland from the wave of refugees who have come...
Go to mobile version