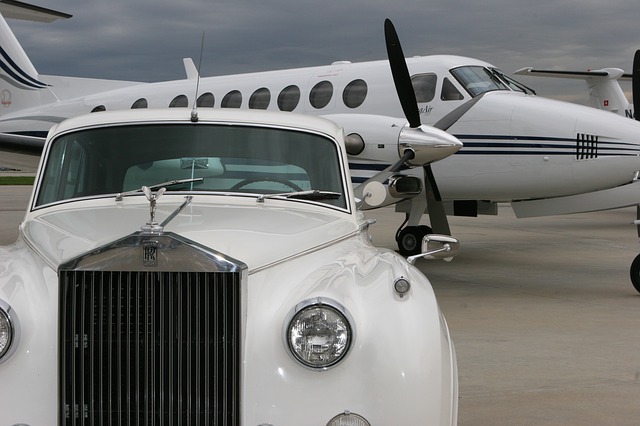 The latest KPMG report showed the growth of the luxury goods market along with the growing group of rich people not “just” millionaires, i.e. those who earn at least 50,000 PLN per month according to the survey methodology.

hey are most likely to buy premium cars, but there are also more and more private planes owned by millionaires in the sky.

This is the 12th edition of the report prepared by KPMG on the luxury goods market in Poland. The most important conclusions include the greater value of the market than before the pandemic, an increase in the number of rich or very rich people and a dynamic increase in sales of luxury cars, the study shows. First things first.

In 2021, the entire luxury goods market in Poland reached a value of nearly PLN 30 billion. This is more than before the pandemic.

The target group of the market are rich or very rich people, the number of which in the study is based on the data of the Ministry of Finance and the Credit Suisse report “Global Wealth Databook 2021”.

At the end of 2021, the sum of assets accumulated by households in Poland amounted to PLN 2802 billion. This is an increase of 9 percent compared to 2020. The value of liabilities amounted to PLN 860 billion, by 5 percent more than a year ago.

Households in Poland are the most likely to keep funds in the form of deposits. In this form, at the end of 2021, more than 38 percent of the items were stored assets, i.e. PLN 1 073 billion. Their condition, although still dominant, only increased by 7% yy.

Investments were the second largest category. The value of household funds invested in the form of investments after an increase by 9% yoy amounted to PLN 758 billion.

In 2021, the sales value of all segments increased. The entire luxury goods market in Poland grew by 21.9 percent compared to 2020 and reached the value of PLN 29.8 billion.

“The luxury industry is slowly recovering revenues to pre-pandemic levels. So far, only the premium and luxury car segment has exceeded the level of 2019. In addition to the automotive industry, the alcohol segment is doing the best, which will probably reach the value of sales from before the market collapse in 2022.

The segment of luxury hotels and SPAs, which suffered the most severe restrictions at the peak of the pandemic, is in a much worse situation, ”commented Tomasz Wiśniewski, head of the KPMG valuation team in Poland and Central and Eastern Europe in Poland.

Last year, the number of premium cars increased by over 91.1 thousand. units, i.e. by approx. 19 percent yy. During the same period, the number of luxury cars also increased substantially. In 2021, 267 such vehicles were added, by 29 percent more than in 2020.

Cars are the largest component of the luxury goods market, and its estimated value in 2021 amounted to PLN 20.5 billion. The most-bought brand among luxury cars was Maserati, with sales of 73 units. In the premium car category, BMW was the leader with 24000 pcs

Poles’ growing earnings, coupled with concerns about a high level of inflation and low interest rates maintained for most of 2021, resulted in an increase in demand on the real estate market.

Due to the lack of a uniform definition of a luxury apartment, the market in this segment of goods is valued differently.

Cenatorium estimates that in 2021 the value of transactions concluded for the purchase of premium and luxury real estate in Poland was 18 percent higher. compared to 2020 and amounted to PLN 2.6 billion – describes KPMG.

The luxury clothing and accessories market in 2021 increased by PLN 418 million, or 16.6 percent y/y, thus making up for a large part of the declines noted in the first year of the pandemic. The market value was PLN 2.9 billion, and forecasts indicate that it will rebuild its record value from 2019 (PLN 3.1 billion) as early as 2023. Accessories currently account for one fifth of the value of this segment, and their importance will continue to grow, we read.

The situation on the luxury hotel and spa services market is the least optimistic. In 2020, this market lost two-thirds of its value, which is why 13.1 percent the increase achieved a year later is not impressive. In 2021, the segment was more than half smaller than before the outbreak of the pandemic, and its value amounted to PLN 576 million.

Although the market is currently below 40 percent value from 2019, the base of four- and five-star hotels has increased. The share of the latter was 7.4% at the end of 2021. in all offered hotel rooms – experts are calculating.

The luxury alcohol market in Poland, compared to other segments of luxury goods, underwent the pandemic crisis in a relatively mild manner, shrinking in 2020 by PLN 169 million (-13.4% y / y). Nevertheless, in 2021 there was a strong rebound, and the market was valued at PLN 1.2 billion (+11.4% y/y).

Forecasts regarding the value of retail sales indicate that the level from before the crisis will be reached in the next year. Almost 74 percent of this market are spirits, of which as much as 88.6 percent. belongs to whiskey. Wines and champagnes accounted for 26.3 percent. sales – informs the report.

Luxury jewellery and watches is a category of consumer goods which, after the outbreak of the pandemic, recorded the largest decrease in sales among the analysed product categories. A 15% increase in value in 2021 was not enough to bring it back to 2019 levels.

In 2021, the market value was estimated at PLN 493 million, of which 54.6 percent belonged to jewellery, with the largest share of precious jewellery, for which sales were 78.7 percent women answered – details KPMG.

Millionaires do not give up on planes

The fleet of private planes and helicopters in Poland is constantly growing and by 2021 it already numbered 1,769 units. This is 64 more aircraft than a year ago, and 56 of them were registered for natural persons and sole proprietorships.

Sales of aircraft intended for private and business flights around the world are clearly improving, KPMG analysts wrote in a comment.

The entire report is available on the KPMG website and broadly describes consumer trends and behaviours in the luxury goods market. It also indicates several more categories regarding, inter alia, the market of exclusive cosmetics and perfumes, or the yacht market, most of which are sold abroad in Poland.

The report does not ignore environmental, social and governance (ESG) issues and their impact on luxury goods companies.

Another interesting issue was to find out how the performance of global companies in the luxury goods market, which is generally considered to be more resistant to crises, has performed.

The observations show that while almost two years of the pandemic have brought a significant strengthening of companies from the luxury goods segment (which confirms the thesis presented in the introduction), the first quarter of 2022 definitely does not confirm this thesis (resistance to the crisis, ed.) – they note authors.

08/08/2022 0
The Ministry of Finance has raised the cap on many taxes and fees for 2023, including the dog tax. However, ultimately it is municipalities...
Go to mobile version