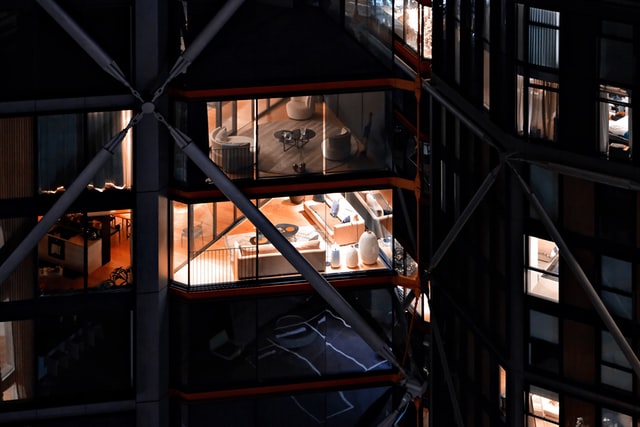 The act on the protection of the rights of buyers of a flat or a single-family house, known as the developer act, which has been in force for 10 years, was replaced from 1 July by a new, more favourable for buyers of new flats. Price increases could be a side effect.

On July 1, a number of legal novelties await us in Poland and not “just” when it comes to taxes. The largest group will be affected by changes in taxes, but the changes also include a new law for developers, which affects buyers.

One of the most important changes is the creation of the Development Guarantee Fund, from which money will be paid, e.g. in the event of bankruptcy of a developer or bank exceeding the amount guaranteed by the BFG.

– The entry into force of the new developer law does not mean that it will automatically cover all development investments, including those started earlier – points out Marek Wielgo, an expert of GetHome.pl portal .

Development projects and selected investment tasks, in which the sale of apartments will start before July 1, will be implemented according to the old rules. In practice, this means the necessity to conclude at least one developer agreement.

Of course, some companies will take advantage of this possibility to be able to operate in the regime of the current act. The developer will then lose a lot of problems and costs related to the implementation of completely new solutions, and there are a lot of them – comments Marek Wielgo.

He points out that the developer will be able to sell flats on the current terms for two more years, i.e. until July 1, 2024. Importantly, developer contracts concluded during this period, even if the construction is completed after this date, will include old regulations regarding rights and obligations of both parties to the transaction.

GetHome.pl expert admits that the new regulations provide buyers with full protection of their money. The security will be guaranteed by the Development Guarantee Fund (DFG) , which will equally protect payments to both the open and closed housing escrow account created by the developer at the bank. Currently, none of these accounts provides buyers of new housing with 100%. protection.

An open account allows the developer to reach for payments accumulated on them during construction. Theoretically, the bank should make sure that the developer spends the money in accordance with the purpose and construction schedule.

However, in the event of a company’s bankruptcy, its clients, at best, will not lose everything. They will form a Buyers’ Assembly which is a privileged group of creditors. They may decide to continue with the investment.

In turn, in the case of a closed account, the developer is allowed to reach for the payments accumulated on it only after the transaction is finalised. This means that if a company goes bankrupt during construction, its clients will get back all the money paid in. In this case, the risk is that the bank may fail. And then the Bank Guarantee Fund will pay out a maximum of the equivalent of PLN 100,00  euro. Unfortunately, the surplus payments are lost.

Thanks to the insurance of investments in the Development Guarantee Fund, both in the case of an open and closed account, customers of a bankrupt development company or bank will get back all their money. In addition, the DFG will pay them to those who take advantage of the statutory possibility of withdrawing from the contract with the developer, e.g. if the developer ceases construction or fails to remedy a major defect in the flat or house.

Contributions to the DFG will be paid by developers as a specified percentage of each customer deposit to an open or closed escrow account. For the former, the maximum rate is 1%, and for the latter – 0.1%. The minister of development and technology is likely to use the option to lower the premium for an open account to 0.45 percent.

– Of course, developers will try to include the premium in the price of a flat like any other construction cost . In the current market situation, however, they must take into account the necessity to lower their margins. To avoid this, some developers want to start selling as many investments as possible by 1 July – says Marek Wielgo.

He emphasises that some less spectacular changes also deserve the attention of buyers of new flats.

Until now, such a wicket has been used by developers who started multi-stage investments before the entry into force of the developer law in April 2012.

If the escrow account is established for the entire project spread over several years, then in the event of the developer’s bankruptcy, there is a risk that the buyers of the apartments will suffer losses as part of individual investment tasks.

Currently, the protection of buyers’ payments ends with the obtaining of an occupancy permit or notification of construction completion. And it happens that the notarial deed transferring the ownership to the buyer of the apartment is concluded several weeks or even several months later. During this time, developers conclude preliminary agreements with new clients, usually in writing.

Even if such a buyer pays 100 percent. prices for the property being purchased, it is not its owner. Meanwhile, the deposit is not subject to any protection. In fact, the usual written form of the preliminary contract makes it impossible to enter the buyer’s claim in the land and mortgage register. In the event of the developer’s bankruptcy, his client is not entitled to protection under, for example, the provisions of the Bankruptcy Law.

In addition, the protection of the new developer law will cover:

Is it worth refraining from buying until the offer of real estate developers includes apartments and houses covered by the new developer act?

How to minimise the risk of losses

Since 2012, you can count the bankruptcies of developers whose investments were subject to the requirements of the developer law on the fingers of your hands. So Poles do not have too much resistance to buying flats, which they can only see in the advertising brochure. The data of the first nationwide platform analysing information from the housing market – BIG DATA RynekPierwotny.pl shows that in May 27 percent of apartments offered by developers in the 6 largest cities had a commissioning date of less than a year, and only 7 percent were ready.

The problem is that the developer act has been in operation so far in a period of good economic conditions. This year it has worsened due to, inter alia, to the declining creditworthiness of potential apartment buyers and the economic perturbations related to the war in Ukraine. This means an increase in the risk of buying an apartment at the construction stage.

– In this situation, the experience, financial situation and reputation of development companies will surely increase in importance. Due to relatively high margins on home sales during the boom period, many developers have accumulated adequate supplies for hard times. However, there will probably also be those who will struggle to survive – notes the GetHome.pl expert.

According to him, it is safest to find an investment with a closed escrow account. In addition, the mine of knowledge is the information prospectus, which must be delivered by the developer to the person interested in buying a flat at their request. Such a prospectus contains detailed information on the legal and financial situation of the developer and the development project.

For example, you can find out if the plot is mortgaged, what is the planned use of the neighbouring properties, what investments are planned within a kilometre radius. The developer also informs whether he has a valid building permit and when he intends to start and finish it. And the most important: how the investment will be financed, including the developer’s own share, what the loan will be, and from which bank.

– The person responsible in a development company for the preparation of the information prospectus is threatened with a fine, restriction of liberty or even two years imprisonment for providing untrue or concealing true information – reminds Marek Wielgo.

However, he advises to approach information about developers on internet forums with distance. – In order to form an opinion about the developer, it is better to go to construction. Employees hired by subcontractors do not have any interest in making reality more colourful and inform about possible problems with the implementation of the investment or about the investor’s problems – adds the expert.

30/03/2022 0
Office buildings in Poland are becoming more and more innovative. Intelligent solutions will be more and more visible in office spaces. Various types of...
Go to mobile version