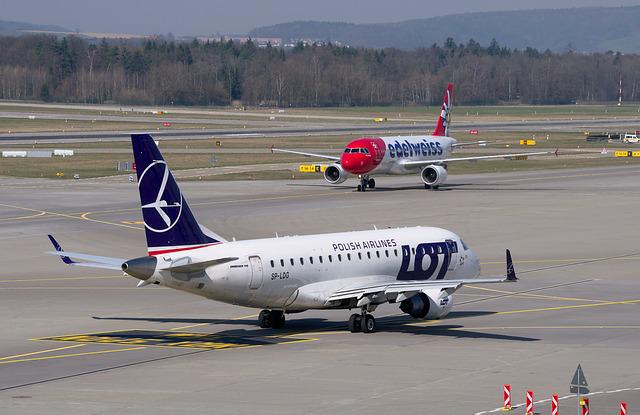 The two largest carriers in Poland are cancelling connections from Okęcie and Modlin. Ryanair and LOT have fallen victim to the staff shortage that plagues the airline industry after a resurgence in demand. Dozens of flights may hit the ax soon.

LOT Polish Airlines has had problems faced by the Dutch Schiphol airport. The carrier will cancel over a dozen connections in July and August on the Warsaw-Amsterdam route. The announcement includes the dates July 3-4, July 12-13, July 28, July 29, July 31, August 1, August 4, August 15-16, August 22, August 25, August 27-29.

But there are more airlines that will cancel many flights this summer.

Importantly, the cancellation of flights in no way results from internal problems plaguing LOT. Schiphol is today the most inefficient port in Europe. Trade unions estimate that around 1,000 employees are missing at the airport. The network circulates photos and recordings, in which passengers line up in a long line in order to … enter the terminal area.

KLM is hit hardest by these troubles. It even happened that the Dutch airline was flying empty planes one Saturday evening. The carrier was afraid that the return to the capital with hundreds of people on board would cork Schiphol to the amen.

We will not fly to Belgium with Ryanair

Ryanair is a different story. Irish low cost airline is gearing up for a massive strike wave that will affect countries such as Spain, Portugal, Italy and Belgium. And it is in this last country that Polish passengers will not get from Modlin in the coming days.

Ryanair cancelled flights from Warsaw to Charleroi and Zaventem, writes Fly4free.pl. The Belgian press states that lowcost cancelled a total of 127 connections to Charleroi on the weekend of June 25-26 and an average of 10 a day to Zaventem. So every third connection went under the knife, and the difficulties will affect at least 21 thousand. passengers. It is possible that the Irish will not stop there.

It’s quite perverse, because in May Ryanair’s leader Michael O ”Leary was happy that his company would manage to take advantage of the competition problems. The controversial manager even made plans to raise ticket prices. He explained that lowcost, instead of dismissing employees, only reduced their salaries, thanks to which he now does not suffer from a lack of labour. He did not foresee that poorly paid staff could simply quit from this job.

Shopee is now the third biggest e-commerce platform in Poland

05/06/2022 0
On Shopee-pi-pi-pi-pi-pi-pi online shopping-py-py-py-py free delivery-wy-wy-wy ... The advertising of the shopping platform Shopee poisoned the picnic of many Poles, but also successfully built...
Go to mobile version