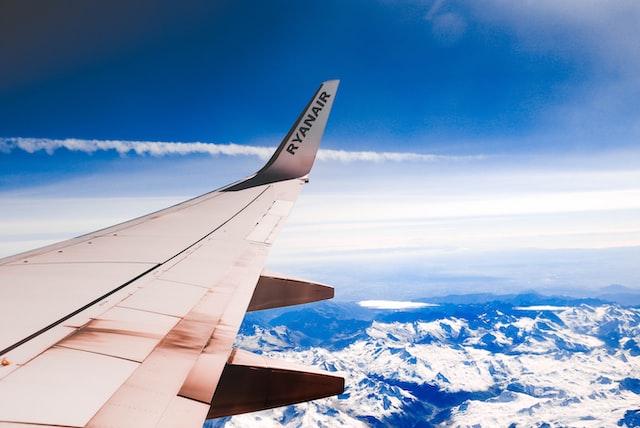 Ryanair will reduce the number of destinations offered to passengers from the Modlin airport. Michael O’Leary decided that the airport wants too much money from him and that low cost airline moves to the competition. Where? This is not known yet, although the president of the Ryanair Group swears that it is definitely not moving to Radom airport.

In recent years, Modlin has become a synonym of cheap flying for Polish passengers. All thanks to Ryanair, who transported 3 million people a year from the Warsaw airport.

The idyll lasted, because the airport signed an agreement with the Irish, thanks to which Ryanair, after exceeding a certain number of checked-in passengers, paid the airport only PLN 5 per person. Competitive airlines trying to enter with new connections would have to pay PLN 40. For comparison, Okęcie entered the amount of PLN 80 in the price list on its website.

It was not so profitable for Modlin. The port is currently negotiating a new agreement, which is to enter into force in September 2023. It seems that the agreement is quite far away. In any case, at the press conference, O’Leary argued that his company would double the airport’s passenger traffic and revenue in the near future. Modlin had to reject the offer.

By implication – it was about money. Ryanair probably wanted to keep the passenger check-in rates low. Modlin, which has long been an airport with an established position, can afford to negotiate tougher than in the times when it was just starting.

“Our offer assumes doubling the amount of fees that we currently pay to the airport, while doubling the number of passengers served here from 3 to 6 million people annually in the next 8 years – specified Michael O’Leary at the conference”, quoted by fly4free.pl .

The Irishman added that the necessary condition for the growth of the airport is its expansion. And this one is blocked by the PPL.

“It seems strange to us, because if PPL claims that Chopin Airport is full, it is in their interest to increase capacity, especially since it can be done at a low cost in Modlin. Unfortunately, PPL prefers to block Modlin and instead invest in inefficient airports in Warsaw and Radom – added O’Leary.”

He announced that four directions will disappear in the winter network of connections from Modlin. In his opinion, the airport near Warsaw will lose 10 percent of the traffic.

Ryanair moves to other cheaper airports in Poland and the European Union– announced the chief of low cost airline.

Where exactly? The Irish manager did not reveal this. It is possible, however, that one of the airports mentioned will be … Łódź. Ryanair has announced that it will start flying from this city to Alicante, and it just so happens that Modlin has a similar destination today. Low-cost has also announced flights from Łódź to Milan and Brussels, and from Kraków to Toulouse and Poznań.

It is known that Radom airport is not on the list of Irish favourites. The carrier once again assured that it did not intend to fly from the new Polish airport.

Modlin airport is not the only blackmailed airport

Recently, the low cost airline suspended flights to Athens and closed its base in Rhodes. Ryanair is threatening to relocate completely to other southern European countries if the Greek government does not remove the € 12 per passenger tax.

The Irish are fighting hard because they are aware of the impact their services have on the tourism sector. The problem is that aviation taxes are becoming commonplace, and increases at airports are inevitable in view of rising inflation. If O’Leary overbid, he could run out of spare ports. And if Ryanair’s boss wants to further threaten that he is running away with flights to the competition, then it would be fitting to have an alternative.