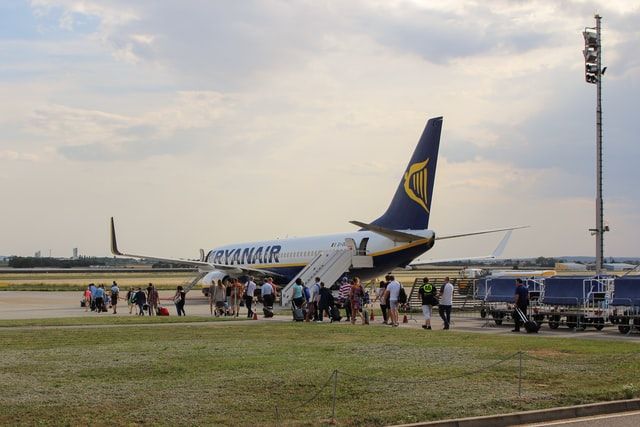 The published regulation of the organisation of flights after May 1 shows that the Chopin Airport and LOT Polish Airlines have priority for connections. The Modlin Airport may be injured, as it may almost stand still.

The lack of agreement of the Polish Air Navigation Services Agency with air traffic controllers meant that the air space over Mazovia will almost be without planes. The notice period ends on April 30, and the Agency has time to reach an agreement with them by then.

However, the talks are protracted and it becomes more and more likely that on 1 of May we will face a huge stagnation of air traffic in Mazovia, due to the departure of most of the controllers.

Modlin airport – 2 routes will have “priority”

What does this mean for the Chopin and Modlin airports, which are located in the TMA Warsaw air zone? The new ordinance of the Council of Ministers showed that 32 routes will have “priority” – mainly from Chopin Airport, served by LOT Polish Airlines.

What is more worrying for passengers of low-cost airlines who had flights for the long May weekend, there are only two directions in the list, to which we can only get from Modlin on board Ryanair: it is one of the most popular routes for Poles, London-Stansted and the airport in Dublin.

Moreover, according to paragraph 4 of the regulation, connections on a given route are allowed only once a day , and that by one air carrier that carried the largest number of passengers on a given route in the years 2019-2021. Which may generate another problem for Ryanair in the case of a connection to Dublin – LOT also flies on this route.

However in addition to the 32 priority routes, of which Modlin got two, the Civil Aviation Office also provides a pool of additional 52 slots, which will be allocated by the algorithm between Warsaw Chopin Airport and Modlin. A total of 6 additional connections a day for Modlin, a total of 8.

“The government side, at the expense of Modlin, is trying to make LOT and Chopin airport go through the controllers’ strike almost painless. One decision deprived Modlin of over 90 percent connections. It was considered that they are not a priority, as opposed to those implemented by the government operator and Okęcie” , emphasises Deputy Marshal Wiesław Raboszuk.

“The decision to liquidate connections from Modlin is extremely unfair. It is difficult to explain it rationally” , emphasises Marek Miesztalski, chairman of the supervisory board of Mazowiecki Port Lotniczy Warszawa -Modlin.

“Before the strike, Modlin handled approx. 20 percent of passenger traffic of the entire agglomeration, and yesterday’s decision granted it only a few percent of the operations. Even if they throw in a few more, it will be a maximum of 10%. Why? Since the Civil Aviation Authority did not compare passenger traffic at both airports

“in Modlin and to Chopin, it added passenger, military, cargo, government and charter operations at Chopin Airport. So pears were compared with apples and as a result – Modlin, which has been a salt in the eye of the rulers for years, has been hit once again”  he adds.

The decision to suspend flights from Modlin means no income and a practical collapse for the airport. Meanwhile, this port was the fastest airport in the country after the pandemic to restore traffic.

Airlines are cancelling their connections in bulk for the fall. Passenger...

22/08/2022 0
Those optimists who hoped that the airport situation would return to normal with the end of the summer tourism boom will have to refrain...
Go to mobile version