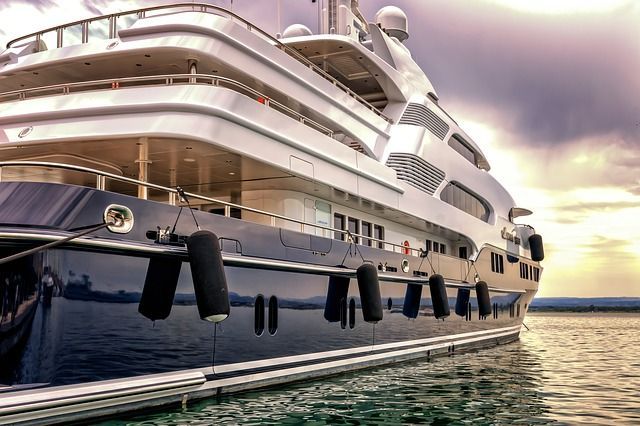 Maybe the yachts of the Russian oligarchs do not moor in Sopot and their jets do not land in Masuria, but this does not mean that they do not have their property located on the Vistula River. Frontstory.pl, as part of an international journalistic investigation, x-rayed Oleg Deripaska’s businesses. His name appears in the context of the Strabag company and the Polonia Palace hotel.

As reported in Business news from Poland, nearly a thousand companies in which one of the shareholders is a Russian company or a natural person who is a Russian citizen. Russian foreign direct investments in Poland are worth approx. 1.1 billion PLN.

As it turns out, not only business hurdles from Russia have their interests here, but also oligarchs from Vladimir Putin’s close circle. As part of a joint investigation by the journalist network Organised Crime and Corruption Reporting Project (OCCRP), which was attended by 25 editorial offices, frontstory.pl describes the connections of the oligarch Oleg Deripaska with Poland .

His name has recently appeared in the world’s media. It is his £ 25 million house in London that has recently been taken over by squatters. In the Maldives, his yacht is anchored, which in Europe could be quickly confiscated.

In November 2021, Deripaska’s fortune was estimated by “Forbes” at $ 4.1 billion. and was then the 775th richest person in the world. Before the financial crisis of 2007-2008, he was the richest person in Russia.

Shares in a construction company and hotel

According to frontstory.pl, the Russian oligarch is the real beneficiary of 31 companies registered in Poland. As we read, most of them are indirectly related to the Austrian construction giant Strabag, whose annual turnover is around EUR 15 billion.

However, this is not the end, because the oligarch’s name also appears in the context of the Polonia Palace hotel located opposite the Palace of Culture and Science . According to frontstory.pl, connections with Strabag are also important here.

“The management board of Strabag SE has decided to cease paying dividends to prevent the flow of profits to the Russian shareholder, and to end the activity of the Strabag Group in Russia,” Maciej Tomaszewski, spokesman of the Polish branch of Strabag, informed the authors of the investigation.

A spokeswoman for Deripaska replied to inquiries from the authors of the investigation that he had never been involved in any illegal activities, that his assets had been acquired fairly, and that he had been the victim of a witch-hunt for purely political reasons.

On Tuesday, March 15, the press office of Strabag SE sent out a letter informing about the end of operations in Russia. The statement said that ” The management board of the group welcomes the decision taken by the main shareholder, Haselsteiner Familien-Privatstiftung, to create transparency through the termination of the syndicate agreement .”

HFP notified the company’s management that it had decided “to terminate its syndicate agreement with UNIQA Raiffeisen and Rasperia Trading Ltd. after all efforts to acquire Russian shares had failed.”

“The syndicate agreement was in force since 2007 and, apart from the appointment of members of the Supervisory Board, it also included the coordination of voting results during the General Meeting,” the statement explained.

The company said that ” as a management board, we are ready to take all legally permissible steps to protect the company from any harm. In terms of sanctions currently imposed by the UK and Canada, this applies in particular to the payment of dividends .”

It was explained that the decision to discontinue operations in Russia was related not only to sanctions: “As for the activity of the Strabag company in Russia, which, with a 0.3% share in the concern’s production, is now of minor importance, the management board decided to terminate its activity there” .

Moreover, it was added that “in accordance with the company’s value code,” this “undertook and financed wide-ranging aid activities, mainly in the countries of the concern most affected by this crisis: in Poland, the Czech Republic, Slovakia and the Republic of Moldova”. These initiatives will continue.

Earlier on March 1, the company reported that “the majority of Strabag SE shares are held by the main Austrian shareholders: the Haselsteiner family and Uniqa / Raiffeisen companies. The Russian shareholder, MKAO Rasperia Trading Limited, owns 27.8 percent. Oleg Deripaska owns less than 50 percent. of shares in Rasperia.

Under the Austrian law of joint stock companies, it is the Management Board that carries out the operating activity on its own, not the shareholders or members of the Supervisory Board. “

In turn, on March 3, “in response to the content on the ownership structure appearing in the media,” the company specified that “72.2 percent of the shares are owned by Austrian capital: the Haselsteiner family and the Uniqua / Raiffeisen Group. The remaining 27.8 percent. It has been owned by Rasperia since 2007. “

Accommodation prices will go up in Poland. Even by nearly 20 percent

The Polish government is pouring money. New programs are planned, but...

12/09/2022 0
The government is to put more emphasis on supporting parents of children up to three years of age and on housing policy and keeps...
Go to mobile version