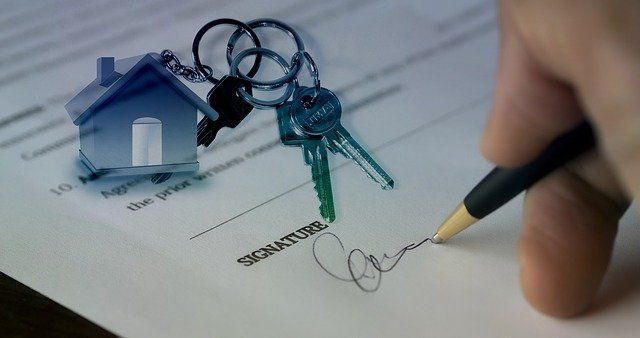 The unflagging demand for housing compared to the limited supply – also noticeable at the beginning of this year – translates into a rapid increase in prices per square metre. According to JLL, last year this growth on the six largest real estate markets in Poland amounted to 14 to even 21 percent.

“We are currently observing a slight cooling of the market due to the new price level, to which both developers and buyers have to slowly get used to” says Waldemar Wasiluk, Vice President of the Management Board of Victoria Dom.

In his opinion, the market may be stabilised by the company starting at the end of May this year. the government program “A flat without its own contribution”.

Many years with increase in Polish real estate prices

“Over the last seven to eight years we have seen a sharp increase in real estate prices. For example, real estate in Warsaw‘s Białołęka district, offered a few years ago in the amount of 5500. PLN, at the moment they reach approx. 10000 zloty. This, of course, means that the number of buyers for real estate is more limited.

It was this large increase in selling prices that was the main factor behind the cooling of the market, which we observed over the last few quarters. On the other hand, the city is developing rapidly, in Warsaw we still have a demographic increase and this still causes a lot of interest in the purchase of apartments, which also influences the increase in prices, says Waldemar Wasiluk.

Limitations are also visible on the supply side. According to GUS data, in January-February this year. 33700 new apartments, i.e. only 0.1 percent. less than a year ago. On the other hand, the number of dwellings for which construction has begun or for which construction permits have been issued decreased more noticeably.

Statistics show that from the beginning of this year to the end of February, permits were issued or construction notifications were filed for 47700 flats, i.e. 5.8 percent less than in the same period a year earlier.

The construction of 29700 sq m was also started. new premises, i.e. 11.6 percent. less y/y.Developers who started the construction of 18.700 sq m. apartments. This is a decrease of 16.4 percent. compared to the same period last year.

“The supply of new projects has dropped dramatically over the last two quarters, which is simply due to economic factors, but also due to the lack of land and prolonged administrative processes. It also stabilises the market a bit in terms of prices”  says the vice president of the management board of Victoria Dom.

The expert points out that at the moment the activity of developers in terms of starting new projects is also somewhat hampered by the uncertainty related to the war in Ukraine.

A report by the consulting company JLL – summarising 2021 on the six largest real estate markets in Poland (in Warsaw, Kraków, Wrocław, Tricity, Poznań and Łódź) – shows that last year developers launched for sale 11,000 sq m. less flats than they sold.

Such a large disproportion between supply and demand has not been recorded for almost a decade. At the end of December last year developers’ offer was 22 percent. lower than the year before.

This limited supply – coupled with soaring contracting costs and still high demand – resulted in a rapid increase in prices ranging from 14% to 18% annually. (and in the case of Łódź, even 21% y / y).

Buyers treated apartments as a investment

On the other hand, JLL points out that last year buyers treated apartments mainly as a safe capital investment, and the share of customers buying apartments for their own needs was probably the lowest in many years.

However, the vice-president of Victoria Dom points out that at the moment the unflagging price growth somewhat weakens investors’ optimism and prompts them to consider the profitability of this form of capital investment. Also, the demand for housing loans will be lower due to the increasing cost of money. Especially that it is not the end of interest rate increases yet.

“However, looking at the real estate markets from a long-term perspective – not only in Poland but also abroad – it seems that we will witness a still strong, growing market, with the prospect of stabilisation in the next 6-12 months and probably a slight rebound in the future” forecasts Waldemar Wasiluk.

The vice president of Victoria Dom SA also points out that the Polish real estate market will be affected by the launch at the end of May this year. the government program “A flat without its own contribution”.

According to the assumptions, it will be available to singles, couples and married couples as well as families with children who are looking for an apartment on the primary or secondary market or are planning to build their own house. Through BGK, the state will guarantee its own contribution of up to 20% up to 100,000 PLN for a minimum period of 15 years.

“Every program that supports buyers is very well received by the market. We have observed it earlier on the example of the programs “Family at home” and “Apartment for young people”, which also had a very positive impact on the development of the housing market.

Each such formula creates great opportunities for market growth and is an opportunity for buyers, especially younger ones, to buy their first flat I think that as long as it is not conditioned by additional regulations regarding, for example, minimum prices or location of apartments, we will have a stabilising element with a slight cooling, which we are currently observing due to the new price level. However, both developers and buyers have to get used to it slowly” the expert assesses.

New developer law from 1 of July

The developer law, which will come into force on July 1 this year, may also affect the increase in prices, due to the contribution that developers will pay to the Development Guarantee Fund on each payment made to a housing escrow account.

“New projects, which will be introduced under the pain of the new law, will probably be visible from the beginning of the third quarter. In practice, much does not change for buyers, some provisions relating to reservation or preliminary agreements, as well as post-construction contracts, when handing over flats, are regulated.

This gives more comfort to buyers, but it does not seem to be a big revolution for them apart from an additional cost and for developers a little more responsibility” – says Waldemar Wasiluk.

New apartment prices forecast for Poland in 2022 and subsequent years

19/04/2022 0
According to the calculations cited by Credit Agricole, the average annual price growth rate last year was 11.1 percent. This year it is expected...
Go to mobile version