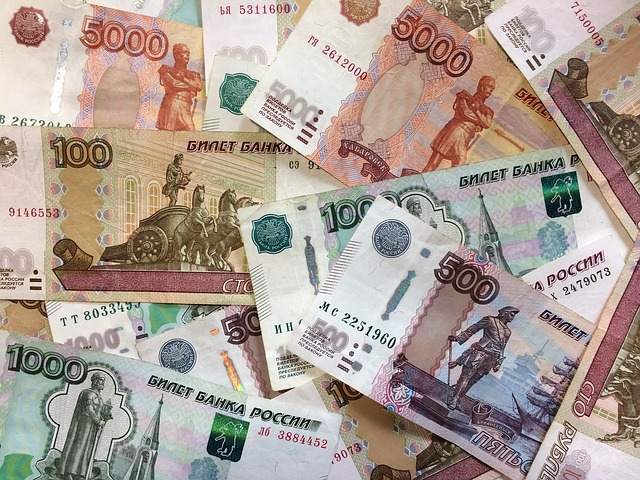 The property of Russian oligarchs and Kremlin politicians is currently being frozen all over the world. More countries are competing to inform each other about the value of the assets over which the Russians have lost control. Yachts, real estate or funds in the bank accounts of persons subject to sanctions are confiscated.

How does Poland fare against this background? It is not known, because institutions that may have knowledge on this subject and the ability to act are mouth watering. According to Prime Minister Mateusz Morawiecki, Poland´s authorities are only planning to freeze and confiscate Russian property in Poland. According to the head of government, however, first, a change to the constitution is necessary, because our constitution guarantees the right to property.

The analysts of the Polish Economic Institute remind that the EU sanctions apply to 862 people, and the US to 446. Only 28 of the richest Russian oligarchs have resources worth $ 146.4 billion.

Currently, there are about a thousand Russian companies in Poland, one of the shareholders of which is a Russian company or a natural person who is a Russian citizen. These are the data from the Central Economic Information Center as of January 27 this year.

Over 40 percent of companies related to Russia were established in 2019-2021. More than half of them are registered in the Mazowieckie Voivodeship. Looking at the sectoral cross-section, the companies mainly deal with road transport, wholesale and retail sales, but also construction and real estate management.

“We have some such estates” said Prime Minister Mateusz Morawiecki, commenting on the government’s plans to amend the constitution so that the expropriation of the Russians could be expropriated.

However, this is not a complete picture of Russian business in Poland, because many companies that are under the control of Russian capital can operate with us, e.g. through investment funds registered in other European Union countries. The Russians are particularly fond of countries that have been a magnet for foreign capital for years, i.e. Cyprus or Luxembourg.

The situation is similar with Russia’s direct foreign investments in Poland. Their value – based on the latest data at the end of 2020 – is only PLN 1.1 billion . In fact, it is probably much higher, because it is carried out through funds and financial vehicles registered in, for example, tax havens.

Who is to block Russian capital

It is not entirely clear who would be responsible for freezing Russian assets in Poland. Business Insider Polska informants from government circles indicate that several dozen people associated with the Kremlin have assets or conduct business in our country.

“However, if they are not on the list of persons subject to EU sanctions, a different legal basis should be used for the freezing of assets or non-release of funds. However, this still does not mean the nationalisation of someone’s property” a i nterlocutor points out.

Theoretically, the matter should be supervised by the General Inspector of Financial Information, which deals with counteracting money laundering and financing of terrorism.

“On the basis of the provisions of the EU regulations on the application of specific restrictive measures, it is not the GIFI or another administrative body that freezes the funds or makes the asset values ​​unavailable.

This obligation is directed to natural and legal persons, usually financial institutions that de facto have funds, entities indicated on the lists constituting an appendix to the EU regulations ” says the press office of the Ministry of Finance, within whose structures the GIFI operates.

This means that it is, for example, a bank that should freeze the assets of such a person or entity on the basis of a list of persons subject to sanctions.

At the same time, the GIFI has not been providing us with information for many days, how many such actions have already been taken in Poland and what is the value of the frozen capital.

The Office of the Polish Financial Supervision Authority also informed us that it is not the main institution in the area of ​​sanctions and their enforcement and pointed to the GIFI.

The supervision also notes that under the principle of a single European passport, under the EU freedom to provide services, notifications of the intention to conduct cross-border activity in Poland (without physical presence) were submitted by credit institutions from EU Member States with Russian capital or persons of Russian nationality they sit on the management board or supervisory board. These are entities officially registered in Luxembourg, Austria, Germany, Lithuania, Cyprus and the Netherlands.

“Entities operating on the basis of a single European passport, under the EU freedom to provide services and the freedom of establishment, are subject to the jurisdiction and supervision of the home state and, as a rule, are not subject to supervision by the Polish Financial Supervision Authority, especially in the licensing field”, informs Jacek Barszczewski.

The KNF spokesman emphasises that in the light of EU regulations and the resulting national regulations, our supervision has no legal possibility to suspend or limit the activities of this type of entities.

“Nevertheless, as part of international cooperation, the PFSA Office has established contacts with parent supervisors for the above-mentioned entities in order to determine whether and what actions will be taken by these supervisors in this situation” informs the supervisory representative.

Polish government will today present the plan to help borrowers

10/05/2022 0
The government on Tuesday (today) is to deal with a project to help mortgage holders. The prime minister announced it several days ago during...
Go to mobile version