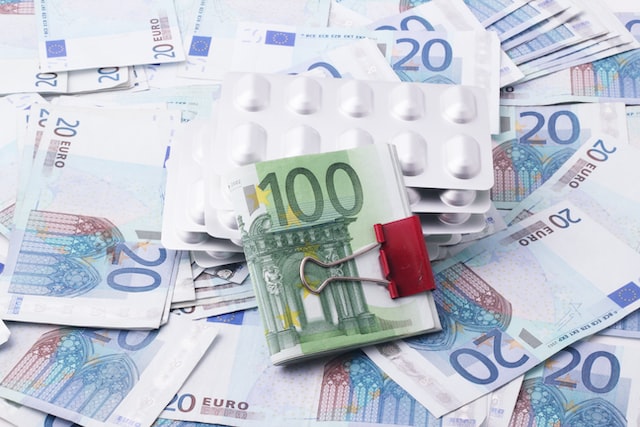 Hundreds of thousands of entrepreneurs have to prepare for significant increases in social security contributions, in other words ZUS in 2023. This time it’s about those who are just starting their adventure in business. One government decision meant that throughout 2023 they will have to pay the state by 1.2 thousand PLN more than before. This is an increase of almost 20 percent.

This week the government surprised everyone and gave millions of Poles a lavish raise. At the same time, he did it in such a way that he would benefit from it himself. The increase in the minimum wage (PLN 3,490 from January and PLN 3,600 from July) are costs primarily for companies, and for the state – only profits.

More income tax money will flow into the budget, and higher contributions from employees will flow to the Social Insurance Fund, but not only.

It turns out that the increase in the minimum wage will also directly affect the ZUS contributions paid by entrepreneurs. And these are beginners who are just taking their first steps in business. In 2023, they will have to pay nearly 20 percent. more than before.

At the beginning, however, it is necessary to explain what the contributory system looks like in Poland. In the case of full-time employees, there is no problem. The amount of contributions depends directly on the amount of your salary. So the more you earn, the more premiums you pay.

The situation is slightly different in the case of entrepreneurs who run a sole proprietorship. Here, the regulations establish minimum amounts of contributions, which do not depend on the income earned by a given micro-company. The exception is the so-called small ZUS plus, but not everyone can use it.

For the vast majority of the self-employed, the key factor in this context is the average salary in Poland forecast for a given year. It is from this that the contributions that the entrepreneur must pay are calculated. A record increase is waiting for us in Poland.

Small ZUS. For whom?

However, there is also a large group of entrepreneurs who pay the so-called small ZUS in 2023. These are preferential contributions that can be paid when you are just starting your adventure with your own business.

In their case, not 60 percent is used to calculate contribution. average salary, but only 30 percent minimum wage. In 2022, premiums were calculated from PLN 900 instead of over 3.5 thousand. zloty.

This system has been functioning for many years. All this in order not to burden the self-employed with excessive costs at the beginning of the activity (when the revenues are not too high yet).

Small ZUS can be paid for up to 24 months. Earlier, you can still take advantage of the start-up allowance, i.e. not pay social contributions at all for six months.

Example? You start your activity in June 2020. You do not pay ZUS for the first six months (you only pay the health insurance contribution), and from December 2020 you have two years of reduced contributions. Thus, the preferences end in November 2022.

It is easy to notice that the increase in the small ZUS will primarily affect those entrepreneurs who started their business after the outbreak of the pandemic, that is from 2021. Taking into account that every month, CEiDG registers about 25 thousand new companies, about 600 thousand of them have been established in the last two years.

How high is this preference? In 2022, beginners had to pay a minimum of PLN 285.71, while “regular” fees were PLN 1211.28 . We do not count the health contribution here, which depended on the selected form of taxation from this year.

The increase in the minimum wage will mean that young entrepreneurs will count contributions not from PLN 903, but from PLN 1047 (from January) and PLN 1080 (from July).

What does this mean in practice? This is what social security contributions will look like from January and July:

What about the health insurance premium?

However, this is not the end, because in addition to social contributions, entrepreneurs also have to pay “extra” to the National Health Fund. There are no preferences for beginners here.

Taxpayers with the straight-line method from the beginning of the year pay this premium based on the income reported in the previous month. The contribution base may not be lower than 9% minimum wage. Therefore, even when the trader has a loss, he has to pay the minimum health insurance premium.

If we add this to social contributions, we get an increase of PLN 98.65 from January and PLN 109.11 from July Annually, it is already over 1.2 thousand zloty.

Polish companies are preparing employees for war with military training

22/03/2022 0
Polskie Górnictwo Naftowe i Gazownictwo, a strategic state-owned company, is starting millitary training for several thousand of its employees across the country. Military training...
Go to mobile version