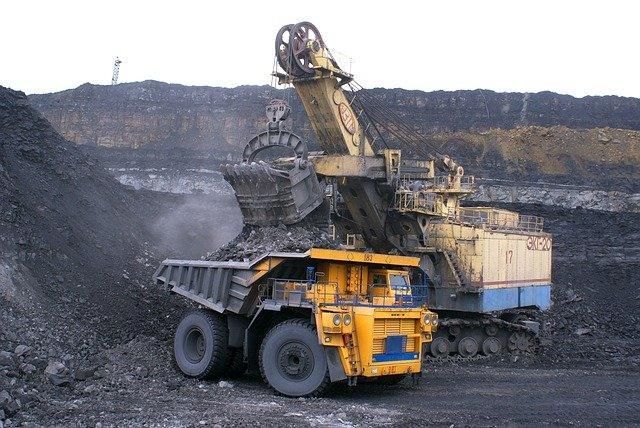 Bogdanka, JSW, PGE, Tauron are all Polish raw materials /coal incl.) companies listed on the Warsaw Stock Exchange that increased their value Monday, February 28 in the morning. This is how the market reacts to sanctions imposed on Russia and Belarus over the weekend.

The declines in the stocks of Russian companies, such as Gazprom, and the collapse of the ruble ‘s value are not the only market reactions to the sanctions package imposed on Russia and Belarus for the invasion of Ukraine.

Information on sanctions has been positively reacted by the prices of Polish companies from the raw materials and energy sectors.

Coal firms up by 20 percent on Warsaw Stock Exchange

Jastrzębska Spółka Węglowa, the largest Polish producer of coking coal used in the production of steel, recorded an increase of over 17% on Monday, February 28, around noon. The company Lubelski Węgiel “Bogdanka” recorded even higher growth, by almost 20 percent.

“Today we play such a scenario in fear of further sanctions. The question is whether they will not affect further strategic raw materials that Russia exports – and therefore whether European producers will benefit” says Jakub Szkopek, an analyst at the Erste Securities brokerage house.

He also adds that “today not only JSW shares or Bogdanka’s shares are doing well, but also shares of energy producers who have their own raw material base when it comes to coal mining.

The market is betting that these producers will have an easier time obtaining the raw material than producers who have so far relied heavily on imports from Russia.”

WSE-listed energy companies that have mining companies in their portfolio – such as Tauron or PGE also recorded significant increases on Monday (by 8.4% and over 10%, respectively, around noon).

Sanctions against Russia will affect trade

Since the Russian invasion of Ukraine, the European Union, the United States, the United Kingdom – as well as other countries – have already imposed several more packages of sanctions against Russia.

The cut-off of Russia from the SWIFT system and the freezing of the assets of the Russian central bank, announced over the weekend, resulted in large drops in the ruble exchange rate on Monday, February 28, and the loss of value of Russian companies on global stock exchanges. I

The day before yesterday, the President of the European Commission, Ursula von der Leyen, also announced the extension of the sanctions applicable to the Belarusian regime of Alexander Lukashenka.

They are to be measured, among others in the export of raw materials from this country. The planned sanctions will include, among others, export of fossil fuels, iron and steel – the head of the European Commission announced.

The impediment to trade with Russia and Belarus is an opportunity for other European producers to increase their exports. However, it is not only the situation in Europe that contributes to the increase in the prices of Polish companies.

“The price environment also has a positive impact on Polish companies. Coking coal prices in Australia exceed $ 440 per ton. ARA coal (i.e. entering Europe through the largest ports in the Netherlands – ed.).

Erste Securities is the Polish branch of Erste Group, a bank founded in Austria, one of the most important in the region of Central and Eastern Europe.

In other words the war against Ukraine also as a negative sideeffect on the climate due to fact that coal now is so popular.

04/03/2022 0
The portfolio of photovoltaic projects in Poland managed by Projekt Solartechnik has exceeded 1.5 GW, said the vice president of technical affairs, Błażej Brasse. “We...
Go to mobile version