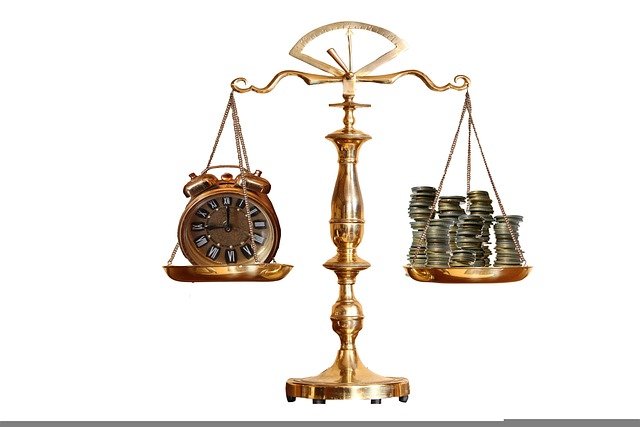 There are two interest rate scenarios in Poland in October according to the Head of the Polish National Bank. The Polish economy will not fall into recession, and inflation is high and persistent. However, at the end of 2023, the pace of price growth should be under control, which will enable interest rate cuts, according to the statements of the NBP governor Adam Glapiński.

– Recession promises to be in many countries, but it is not going to happen in Poland –  said Glapiński at a press conference.

At the same time, the head of the NBP stated that inflation continued to rise, albeit slower than in previous months, and the MPC saw more and more signs of a slowdown in economic activity.

– However, the word crisis [in relation to the Polish economy] is inadequate. The recently recorded 5.5 percent GDP growth is rapid economic growth. This is accompanied by an increase in the average wage. (…) But we have high persistent inflation –  said the NBP governor.

He added that although the annual GDP dynamics is positive, it is “with a downward trend”, which is positive for the decline in inflation. Glapiński emphasised that the relatively high consumption dynamics was also sustained.

The head of the National Bank of Poland added that high energy and gas prices will drive up inflation for a long time, even for several years. As he said, this may mean the need for structural changes in the economy.

– Higher inflation also results from the fact that companies pass on higher operating costs to the prices of the products they sell. Therefore, the so-called core inflation, excluding food and energy prices,  Glapiński said.

According to the NBP president, monthly data for the third quarter and the results of economic climate surveys signal further slowdown in economic activity.

Is that bad news? Not. We would like there to be a slowdown in economic activity in order to have lower inflation. Without an increase in unemployment, without bankruptcies, the point is for the economy to develop a little slower,  said Adam Glapiński.

According to the head of the NBP, the fall in the annual growth of energy prices should lead to a drop in inflation.

– When it comes to inflation itself, the holiday period is a turning point in our inflation. From this high level, inflation will gradually decrease, unless there are some unexpected factors, such as the outbreak of the war for Taiwan,  said Adam Glapiński.

– The very beginning of next year [in terms of inflation] depends on whether or not there will be an anti-inflation shield, and also on changes in administered prices. So, first of all, electricity and gas prices for households –  he added.

The NBP president also said that if the government’s anti-inflation shields could be maintained and if it was possible not to increase regulated prices by introducing subsidies for energy companies, inflation would be 7 percentage points lower.

Two scenarios are possible in October

At the same time, the head of the NBP believes that the variant in which the anti-inflationary shields will be kept in some version and the regulated prices will rise to a limited extent is more likely.

– Inflation in this variant will also be single-digit, lower, it will fall to a level that we will not be so afraid of, i.e. 5-6 percent.  Glapiński said .

He added that in the conditions of such a drop in inflation, there would be room for interest rate cuts.

– We have not formally completed the rate hikes cycle. Further decisions on this matter will depend on the incoming current data. In November there will be a report [inflation projection], which will show the outlook for the economy. But it may be that the MPC will meet in October and, based on the current data, will take such a decision, not another –  said the NBP governor.

As Glapiński said, two scenarios are possible in October: either an interest rate increase of 25 basis points or no rate hike.

“No” to the euro area

The head of the NBP stated that the recent fluctuations in the zloty exchange rate are beneficial for the economy, because they act as a stabiliser of the economic situation.

In his opinion, a change in the zloty exchange rate is nothing bad, it is a good feature of our economy. – If we had a fixed rate, we would assume the entire blow as unemployment rose – he added.

Glapiński said that in this context the discussion on adopting the euro is “purely political pressure”.

– Joining the euro zone would mean that we are going down from the current high level of economic growth to the levels of countries richer than us, where the GDP growth rate is lower. We would always be poorer than these countries. And we want to get to the main table, to be one of the most important EU countries –  believes the President of the National Bank of Poland.

– If we give up the zloty, the standard of living will grow slowly. If we keep the zloty, in 8-10 years we will be at a richer level –  he added.

Interest rates have been rising since 2021

The Monetary Policy Council raised interest rates by 25 basis points in September. After the MPC decision in September, the NBP reference rate is 6.75 percent. Recently it was so high at the turn of 2002 and 2003.

Interest rates in Poland have been rising almost uniformly for a year. The first rate hike was carried out by the MPC in October 2021. At the starting point, the main NBP rate was 0.1%.

After the September decision, the MPC emphasised in the press release that monthly data, including those on industrial production, construction and assembly production and retail sales, suggest that the annual growth of economic activity in the third quarter of this year will decline even further.

– A further decline in GDP growth is forecasted in the coming quarters, while the economic outlook is subject to considerable uncertainty. Despite the weakening of the economy, the situation in the labour market remains very good, which is reflected in the record low unemployment rate and continued strong wage growth, the communiqué reads.

The MPC also believes that the factors currently increasing inflation may persist in the coming quarters.

– At the same time, increasing the NBP interest rates along with the fading away of the impact of the shocks currently boosting prices and the slower growth of economic activity will be conducive to a gradual decline in inflation in the coming years. Lowering inflation would also be supported by the appreciation of the zloty, which, in the Council’s opinion, would be consistent with the foundations of the Polish economy,  emphasises the MPC.

National Bank of Poland admits:double-digits inflation in the coming months

09/03/2022 0
The National Bank of Poland admits that inflation this year will remain clearly above 10%, which for this institution is quite a shocking forecast. But...
Go to mobile version