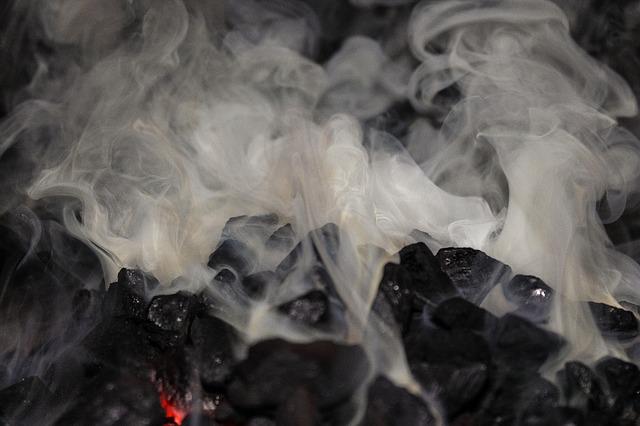 It gets worse in Polish coal depots. The situation in each squad is very bad, we need help. Not more subsidies, but real help that will allow us to return to normal functioning and business – says Dominik Kosecki from FHU “KOSECKI”.

Black clouds hung over the coal depots. Many owners stand against the wall and do not know what to do. There is already talk in the industry that we will be dealing with the mass closure of companies selling coal . There is one reason – there is nothing to trade. The warehouses lost access to Polish coal.

The turmoil on the market was caused by the embargo on Russian coal. – The ban on the import of Russian coal, which, it must be clearly stated, was the right step from a moral point of view, caused enormous confusion on the market for the sale of heating coal. Unfortunately, the introduction of a ban on imports without preparation, i.e. securing the supply of heating coal from other countries with contracts, has shown that this year winter will be difficult not only for individual customers, but also for many companies dealing in the sale of coal – says Dominik Kosecki from FHU “KOSECKI “.

At the same time, he points out that imported coal flows into Poland unprocessed, it must be sorted and descaled. The prices of such coal are very high, and its quality, compared to domestic ones, is very low.

Coal depots is out of stock

The composition problems also result from the activities of Polska Grupa Górnicza. Already in June, “Solidarność” announced that the sale of coal by Polska Grupa Górnicza would be thoroughly rebuilt. A network of coal depots is to start operating, replacing the authorised dealers. This network would operate in a model similar to a franchise. In addition, PGG has launched its own online store through which you can buy coal.

The decision of the largest producer of heating coal, Polska Grupa Górnicza, that all coal sales to individual customers should be conducted by the PGG store, was a blow to the industry. It made Polish coal almost completely disappear from the wholesale market. The store I mention has been crowded for several months by customers who can buy coal at the manufacturer’s price. As a result, the store’s links are almost constantly overloaded. Currently, the sale takes place on Tuesdays and Thursdays after 4:00 p.m. Attempting to enter the site at this time is almost a miracle.

– says Dominik Kosecki. He emphasises that redirecting the sale of coal to individual customers to the PGG store resulted in the inability to purchase it by warehouses, and thus the lack of goods that they had traded so far.

– PGG also decided to open a franchise network under the name of Qualified Coal Suppliers (KDW) and invited companies to tender for servicing and selling coal to individual customers. Unfortunately, the proposed conditions are impossible to meet by most companies and economically unprofitable , explains Dominik Kosecki.

As he says, the coal warehouses in the current situation have been faced with a choic : the purchase of imported coal of questionable quality and wholesale prices, starting above 3,000 PLN gross per tonne or lack of goods, which leads to the closure of the company.

“Our company has been on the market for 29 years, was established in 1993 and has been selling Polish coal from the very beginning. Unfortunately, at this point, sales fell by almost 90 percent! The years we have been working to acquire regular customers, develop the company, and increase employment at this point are wasted because we are cut off from purchasing coal, which has always been our main commercial commodity. Every day we talk to clients who are angry because they cannot buy coal, because it is not available or because it is very expensive, or in the PGG store, because it is almost impossible to enter the store’s website during the sales session” – says Dominik Kosecki.

For now, the company is trying to buy Polish coal from intermediaries who still have it at their storage yards or railway sidings. But it is expensive, and its availability is getting smaller every day.

– We also have information from many companies with whom we cooperate that the problem of warehouse closures is more and more common in Poland, because running a coal warehouse in such unstable conditions and with constant price increases is simply unprofitable, says Dominik Kosecki.

Small squads, he claims, are closing because the price spikes are so large that it’s very easy to lose liquidity.

– Winter is inexorably approaching every day, and now in our country we are dealing with “experiments” in the sale of coal. Unfortunately, wrong decisions of the rulers significantly affect our industry and make it difficult for us to function normally. Therefore, many warehouses are forced to diversify their sales or, if this is impossible, close their activities. How many such companies are there in the country? I do not know. The situation in every squad is very bad, we need help. Not more subsidies, but real help that will allow us to return to normal functioning and business – notes Dominik Kosecki.

Confusion in the market

Ms Alina, who works in one of the companies supplying coal to warehouses, also speaks about the bad situation in the industry.

– The problem of people having coal warehouses with supplies is obvious. They are currently doomed to buy imported coal, which is known at what price it is in the market. Many warehouses are forced to close their activities and fire people with whom they have worked many times for 20 years.

The operation of PGG caused terrible confusion on the market . It is enough to drive through the trains and ask what the situation looks like. Each of our clients cries in the handset and asks what to do, where to get coal for the storage, because people from the area who always came to them will not have fuel for the winter, because they cannot afford it, and not everyone has the Internet to buy coal this way. There are also institutions: hotels, schools, gyms, which are also in the spot … –  she says.

Record interest in winter trips. Poles are not afraid of a...

13/08/2022 0
The summer holidays are not over yet, but travel agencies and their clients are already thinking about trips to warm countries in the winter...
Go to mobile version