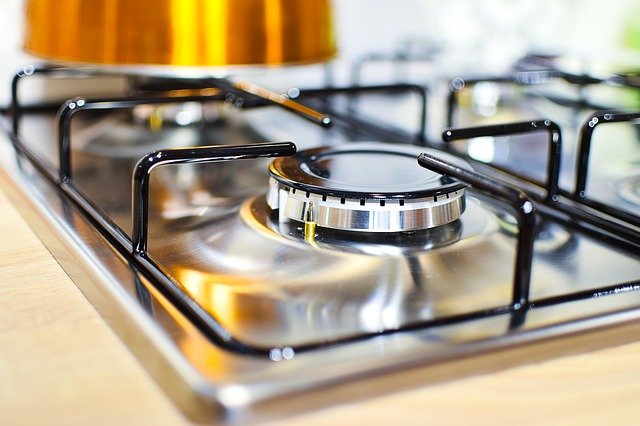 More and more and more loudly it is said that in winter there will probably be a shortage of coal, but the real misfortune will be a shortage of gas. Problems with import and an adequate level of supplies provided by the Baltic Pipe may mean considerable problems for the Polish economy. Greenpeace Polska in its latest analysis indicates that gas shortages may already be dealt with in December.

In order for this not to happen, PGNiG will have to double and triple in order to reserve appropriate amounts of gas abroad. The problem is that other countries, in times of energy crisis, have similar tactics. And you have to push your elbows a little.

Piotr Wójcik, an energy market analyst at Greenpeace Polska, believes that if PGNiG fails to buy enough gas before the heating season and the company has no choice but to supplement these deficiencies with current transactions on the exchange, it will even have to be spent on this PLN 33 billion.

By purchasing gas at such high prices, PGNiG will ultimately transfer the costs to end users – mainly enterprises. It is difficult to imagine the socio-economic consequences of such an extreme price increase – claims Piotr Wójcik.

Baltic Pipe will not help us?

The second foundation of our gas security is to be the Baltic Pipe gas pipeline, which will connect us with Norwegian gas deposits. According to Greenpeace Polska, gas supplies contracted by PGNiG with the Danish company Orsted may not be completed at the beginning of 2023, as the Polish company assumed. The Total concern, the operator of the Tyra field, admits that the launch of production will be delayed and will not resume until the turn of 2023 and 2024.

“We are working very hard to bring the Tyra gas field back into operation, but due to serious disruptions to production and the supply chain at a shipyard in Indonesia, we have been forced to reschedule”, explains Eric Delattre, Managing Director of TotalEnergies Exploration & Denmark.

Thus, we may not be properly prepared to completely turn off the tap with Russian gas (the current capacity of Nord Stream 1 is only 20 percent). Especially since so far it has been import to determine our energy security. Greenpeace Polska shows that gas extraction by PGNiG in 2021 in Poland and abroad amounted to approx. 5.4 billion m3, of which less than 1 billion m3 was sold directly from the deposits.

All the rest of the demand was imported. In 2021, PGNiG imported over 16 billion m3 of gas, which accounted for approx. 80 percent domestic consumption – says the analysis by Greenpeace Polska.

The authors of the study point out one more thing. The Baltic Pipe gas pipeline is connected to the existing Europipe II gas pipeline, i.e. the main gas pipeline transporting gas from Norway directly to Germany. Europipe II’s capacity along its entire length is 24 bcm per year. Connecting the Baltic Pipe means potentially the emergence of additional competition for 10 billion m3 of its capacity.

It therefore seems quite realistic that the capacity of the Baltic Pipe gas pipeline at the beginning of next year will be used to a minimum extent, and gas supplies to the Baltic Pipe will require continuous arrangements from PGNiG, argues Greenpeace Polska.

Therefore, according to Anna Meres from Greenpeace Polska, co-author of the analysis, diversifying the directions of gas imports is like replacing an ax with a stick. In her opinion, only abandoning the combustion of fossil fuels and producing energy based on domestic renewable sources will guarantee Poland’s energy security.

“For months we have been hearing fairy tales about the security of gas supplies to Poland. It turns out, however, that gas may be similar to coal – we may simply run out of gas for the winter”, says Anna Meres.

Greenpeace recommends that the government prepare a priority investment plan that will redirect multibillion public funds to thermo-modernization of buildings and replacement of heat sources. Ecologists also call for unblocking Poland’s energy transformation and – following the example of e.g. Denmark, Austria or Portugal – setting the long-term goal of basing the energy sector on 100% on renewable energy sources.

The Polish government should also, according to the authors of the analysis, tax the extraordinary profits of oil companies. Thanks to the revenues from this tax, even PLN 37 billion can be obtained in 2022. The money obtained in this way could, for example, increase the pool of funds available for thermo-modernization of houses even 20 times – the Clean Air Plus program.

This solution is already known from other countries. We propose the amount of this tax, as in Romania: at the level of 80 percent. – says in an interview with Bizblog.pl  Piotr Wójcik from Greenpeace Polska, an energy market analyst.

After the publication of the latest Greenpeace Polska report on the gas market and access to gas in Poland, PGNiG responded and issued a special statement on this matter, which we publish in full:

“Referring to the Greenpeace Polska report, we appreciate the work of its authors, who tried to take into account publicly available information about the activities of the PGNiG Group published as part of current or press releases. It should be noted, however, that PGNiG’s activities are largely covered by trade secrets, and the gas reality is much more complicated than it appears from the press releases. Inevitably, the Greenpeace Polska material contains some simplifications, which the authors themselves admit.

As Greenpeace Polska notes, the situation on the European gas market is very difficult. We are aware of this and are working hard to prepare for the upcoming heating season. Among other things, we make the most of the opportunities related to the purchase of LNG gas and we conduct talks with several major gas producers operating on the Norwegian Continental Shelf. However, we do not comment on the course of these negotiations. Taking up a substantive discussion at this stage would mean the need to disclose sensitive data.

The Greenpeace report rightly emphasises the need to intensify efforts aimed at the energy transition. Investments in zero-emission energy and alternative energy carriers, such as hydrogen, for example, are a must. These strategic goals can be achieved by a strong entity with diversified revenues and a long-term strategy that takes into account the challenges of the energy transition. That is why it is so important to build a multi-energy concern, initiated by PKN ORLEN, and of which PGNiG will also become a part of it in the future.”

ZE PAK and Ørsted will build wind farms together in the...

08/03/2022 0
ZE PAK and Ørsted have signed a contract and will jointly apply for location permits for the construction of wind farms in the Polish...
Go to mobile version