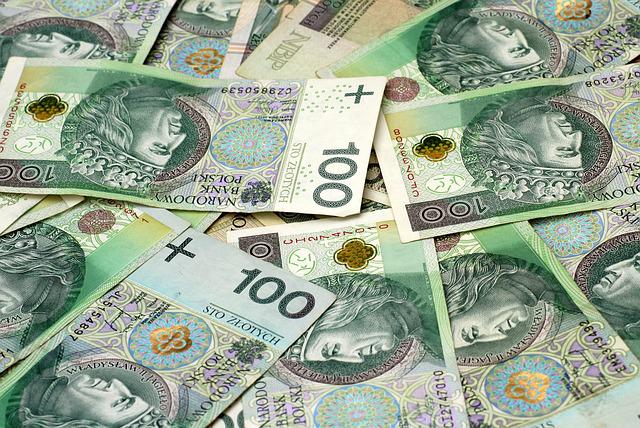 As announced by the government, the minimum wage for full-time work and the associated hourly rate increased from the beginning of 2022. More than 2 million people currently employed are currently at the minimum wage. What is its value in 2022? On what basis is its amount determined? So how much does the average person in Poland earn?

The minimum wage is the lowest wage that a person employed under a contract of employment can receive. In Poland, this remuneration has been in force since 1956. Each employer must pay his full-time employee a salary equal to at least the lowest national wage. This is guaranteed by the Act of 10 October 2002 on the minimum remuneration for work (Journal of Laws of 2002 No. 200, item 1679, as amended).

This act also regulates the method of determining the minimum wage. Every year, an initial proposal regarding its amount is prepared by the Ministry of Labor and Social Policy. The amount of the minimum wage depends, inter alia, on the inflation index, i.e. the forecast of price increases in the following year. The proposed national lowest amount is then presented to the Council of Ministers. After approval by the Council of Ministers, the amount of the minimum wage is published by September 15 of each year in the Journal of Laws of the Republic of Poland.

A person on a minimum wage earn this

From January 1, 2022, the minimum wage in Poland is PLN 3010 gross (PLN 2363 net), while the minimum hourly wage is PLN 19.70 (PLN 13.91 net). The value of the minimum wage increased by PLN 210 compared to the previous year, i.e. by approximately 7.5%. The net amount is the amount you get after deducting personal income tax and employee social security contributions. The national lowest is about 50 percent average salary in 2022

What remuneration does a person statistical receive?

The Central Statistical Office (GUS) publishes monthly data on average earnings in Poland. According to the latest information, in 2022 the average monthly salary is PLN 6644.39 gross. However, this is not the amount that reflects the average earnings of an average Pole. It is estimated that every fifth employed person receives the national lowest amount of PLN 3010. In order to accurately assess how much the average person earns , it is necessary to check the median of Polish earnings , i.e. the amount above which half of citizens earn more and half less.

The median earnings are published in the salary reports of the Central Statistical Office every two years. The last disclosed data comes from 2020. It shows that the median earnings at that time amounted to PLN 5,100 gross per month. This means that it was higher by PLN 315 gross compared to 2019. For comparison, in 2018-2020 in Poland, the national average or more earned 33 percent. employed.

Is the average salary in Poland increasing?

As research and observations show, the minimum wage in Poland is constantly increasing every year. This increase is dictated by galloping inflation. The same relationship also applies to the national average. This figure determines the average salary of Poles. The Central Statistical Office calculates it once a month and once a year. The value of the national average intended for publication most often refers to enterprises, i.e. companies employing at least 9 people. However, any data on small businesses appears less frequently.

How is the national average increasing?

For many years, a systematic increase in the national average has been observed. Currently, it amounts to as much as PLN 6644.39 gross. It is worth remembering that the data showing the average salary in Poland concern values ​​averaged between all voivodeships. The latest information from 2022, published by the Central Statistical Office, indicates that the inhabitants of the Mazowieckie voivodeship earn the most – on average as much as PLN 6,772 gross, and the least in Podkarpacie – PLN 4,899 gross.

Despite the systematic increase in earnings, Poland is still far from the average wage in the European Union. Does an increase in salaries improve the standard of living of Poles? According to the Report of the National Debt Register, in 2018 25 percent.

Poles claimed that their income was enough for everything and they did not have to limit their expenses. In the current situation, in the face of high inflation and the crisis caused by the coronavirus pandemic, as well as military operations in Ukraine, this response is most likely less optimistic. However, no reliable research has been conducted on this subject. According to its assumption , the minimum wage is to reduce the level of poverty and social inequality.

As you can see, the minimum and average wages in Poland are constantly growing. However, is it really a reason to be content in the face of hard times dictated by the economic crisis? It is worth considering this. A minimum or average wage can help reduce poverty, as long as the tax and social system works well and fairly.

What will the minimum wage in 2023 in Poland be? The government has made the decision

How high will the minimum wage in Poland be in 2023? The government will make an important decision

You will have to wait longer for the carbon allowance. Not...

10/09/2022 0
The Polish parliament is finalising work on changes to the carbon allowance. When they come into force, municipalities will have more time to pay...
Go to mobile version