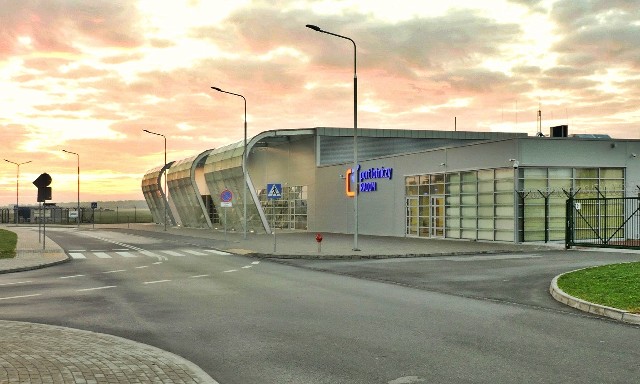 The airline industry cannot find people to work, and those who work start strike after strike. Luckily, in the very middle of this turmoil, the airport in Radom is preparing to take off. Consequently, the port must fill all the posts. Probably not more unlucky.

Many jobs available in the airport in Radom

The fire safety team, the port operational officer on duty, the security control employee – these are just a few of the offers that appear on the web after entering the phrase “airport radom praca”.

Some of them have appeared on recruitment websites in recent days. So you can see that there is a hectic recruitment of employees. The port of Radom is starting from scratch after years of interruption and costly expansion. It is to serve up to 3 million passengers annually.

in normal times, looking for people willing to work at the airport would probably not arouse much emotion. But times are not normal. The largest aviation hubs in the world are struggling with the problem of staff shortages. London Heathrow and other big airports begs carriers not to carry more passengers and predicts that the capacity crisis will extend to 2023. In Poland, although little is said about it, the problem of shortage of labour is faced by the Warsaw airport Frederic Chopin.

After the old crew has been fired during the pandemic, recruiting new people is very difficult. The first one cannot be accepted at the airport. In Poland, verification takes three weeks and only if we are not talking about a permission to enter restricted zones. Then this period extends up to three months.

A candidate for work often has to present a certificate of good conduct, a good command of the English language is also required. And wages are not particularly competitive. Radom does not deviate from the market standards, offering employees control and protection of remuneration in the range of PLN 4-6 thousand PLN gross. Similar money can be drawn without any problems with many employers today. Oh, even as a cashier at a discount store. Working at the airport as such is more of an attraction for hobbyists today.

Will the employees of the Radom airport have someone to service?

This is perhaps the biggest mystery. The only company that has declared its willingness to use the port is the Coral Travel tourist office. Ryanair sticks to Modlin, Wizzair does not intend to leave Okecie, but does not rule out that it will launch new connections from Radom. This means that the airport could literally count on single flights during the day.

The “Rynek Lotniczy” website wrote that talks were held with Emirates, Lufthansa, KLM and Air France. This is a bit surprising news, considering that Radom-Sadków was supposed to handle charters and low costs. It may also suggest that the acquisition of volunteers from the two groups mentioned above is not going as smooth as expected by the airport bosses.

Autumn will be marked by technical acceptance in Radom. The expected launch date of the airport is spring 2022. By that time, the airport must be fully staffed, as well as tour operators and airlines willing to fly from it. Time is running out, and the circumstances – not only due to the airport representatives – are extremely unfavourable.

These are the most valuable products exported by Poland according to...