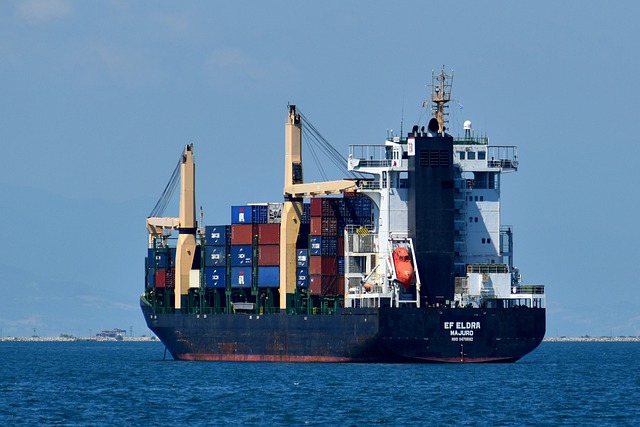 USD 350 billion – this is the value of goods exported by Polish companies at the end of 2022, according to the SpotData report. Within 30 years, Polish exports increased by over 2,500 percent. Cohesion policy and European funds, which support the innovations of entrepreneurs, contributed to this development.

At the end of 2022, Polish exports of goods will exceed $ 350 billion, and after adding services to this market, the sum may reach $ 420 billion. – according to the report “How growing exports drive the Polish economy” by SpotData. For comparison, the sum of goods sold abroad in 1992 amounted to over USD 13 billion, while in 2004, when Poland joined the European Union, this amount was approximately USD 50 billion.

The calculations of the authors of the report show that within 30 years the value of goods exported by Poland has increased by over 2,500%. The low results achieved in the 1990s resulted from the limitations of the economic system, which changed with the political transformation after 1989. However, the growth in thousands of percent shows how long our economy has come and what benefits result from this path.

A few words about Polish export

In 2020, Poland was the leader in exports in 39 groups of goods compared to other member states. These groups are divided according to 4-digit CN codes and there are 1100 of them in total. In 20 years, Polish companies managed to take the leading position in a total of 25 groups – in 2001 Poland exported the most goods only among 14 groups.

This growth was influenced by the economic crisis of 2008, which made some companies look for cheaper suppliers in the Member States. Poland benefited the most from this, as shown by the data of other Central European countries. In 2020, the Czechs were export leaders in 11 groups of goods, while Hungarians and Slovaks were only in one group. Our western neighbours are unmatched in this classification – in 2020 Germany was the leader in 550 groups.

The events of 2008 influenced the shape of Polish exports. As indicated by the authors of the report, 55 percent of goods from Poland are exported by foreign concerns. In the case of services, it is 65 percent. However, despite such distributed forces in our economy, the share of Polish companies in exports exceeds the average in other countries in our region.

In addition, foreign concerns with branches in our country still employ the vast majority of Poles and use the products of Polish subcontractors, allowing them to enter the international market.

What Poland is known for, i.e. products exported by Poland

Poland’s export pride are parts and accessories for motor vehicles – in 2020 the total value of this group amounted to nearly EUR 11 billion. Monitors, projectors and receiving equipment are most frequently exported in second place. The value of this group was estimated at around EUR 6 billion in 2020. Furniture and its parts were ranked third (EUR 5.22 billion), while seating furniture was ranked fourth (EUR 4.96 billion).

Until 2015, passenger cars were the most valuable group of exported goods. However, over the past 7 years, this group has been gradually giving way to others, and in 2020 its value reached the level of EUR 4.9 billion.

Looking more broadly, however, the authors of the report indicated three pillars on which Polish exports are based. The first is metal and plastic , the second concerns food (this group also includes cigarettes – ed.), while the third pillar is furniture and household appliances. Goods from these three pillars, together with products from the automotive industry, account for 70 percent of Polish exports.

Support for business and tourism

In the case of services, four groups are of key importance from the export perspective. The most profitable business services are provided – their valuation in 2020 amounted to approx. EUR 16 billion and over the last decade their value has grown the fastest. The second most profitable branch of exported services is tourism , although the outbreak of the pandemic and restrictions introduced in connection with the fight against the coronavirus have caused the industry to return to the state from 10 years ago.

The third group is road transport, which generated more than EUR 9 billion in turnover during the year two years ago. The fourth is IT services, which have developed very dynamically over the last decade, and their turnover in 2020 amounted to over EUR 7 billion.

According to the authors of the report, European funds significantly influenced Polish exports in three channels, and one of them was to increase the production potential , thanks to the assistance provided to enterprises in investing, inter alia, in innovation and research and development. In practice, many industries that developed their export potential, in recent years, used not only the funds “for export”, but built international cooperation based on investments in innovation, modernization of their product range, thanks to, inter alia, R&D works.

Looking in practice at the industry in which Poland feels best, European funds from the National Centre for Research and Development helped in the implementation of the diesel engine project for ultralight aircraft. The grant from the “Intelligent Development” program allowed the Communication Equipment Factory “PZL-Kalisz” to conduct research in this direction.

The furniture industry used R&D research in a similar way. The “Meblo-Glass” company has developed kitchen furniture for people with disabilities with the support of European funds. Remaining in the same group of companies, the company “Szynaka-Meble” established a research and development centre within its structures, which in the long run will enable the introduction of innovative products targeted at an even wider group of recipients.

On the other hand, the example of Piekarnia Galicyjska shows how an enterprise can focus on the development of its export potential in two ways. The company managed to obtain a grant to increase its sales on foreign markets, and funding for research and development helped diversify its product range, which also hit the European market.

Industrial production in Poland in April 2022 was much below expectations

Expensive holiday flights. Some airlines are reintroducing an unpopular toll

20/06/2022 0
Holiday flights will become even more expensive in the coming months, we are unlikely to count on favourable prices for airline tickets. The war...
Go to mobile version