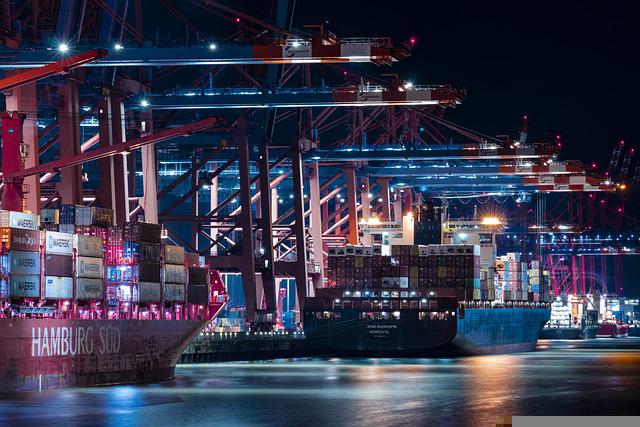 Poland is becoming more and more important for the German economy. In the first eight months of this year, when it comes to exports to the largest economy in Europe, only three countries are exporting more than Poland, while exports from Germany go more often to only four countries.

Poland ships more goods to this market than France and Italy, and in Europe Poland is second only Netherlands is exporting more to Germany.

German exports in August increased by 18.1 percent year on year to EUR 133 billion, and imports by as much as 33.3 percent y/y to EUR 131.9 billion, the statistical office Destatis reported.

As a result, Poland’s western neighbours have a trade surplus of just EUR 1.2 billion. Poland has a large share in its shrinking.

Poland outdistanced Italy and France in deliveries to the German market and increased its advantage over these countries in August. From January to August, Poland exported goods there worth almost EUR 50 billion, i.e. 12.1 percent more year on year.

In August alone, Poland’s exports amounted to EUR 6.4 billion and was 19.7 percent higher y/y and accounted for 5.1 percent of the total imports to Germany and the same share is made on an eight-month scale.

In this way, Poland strengthened it´s advantage over Italy and France, of which exports amounted to only EUR 5.2 billion in August, and the annual numbers were respectively 15.7 and 17.4 percent, which was much lower than in the case of Poland.

On the other hand, the United States jumped back, increasing its exports to Germany by 32.6 percent, but this is a consequence of the import of gas and oil from the USA and the currently high prices of these hydrocarbons.

PGE: Hundreds of thousands of people without electricity in Poland

02/04/2022 0
The Polish firm Polska Grupa Energetyczna (PGE) informs about numerous cases of house holds there are without electricity. The reason is the snowfall.  “Due...
Go to mobile version