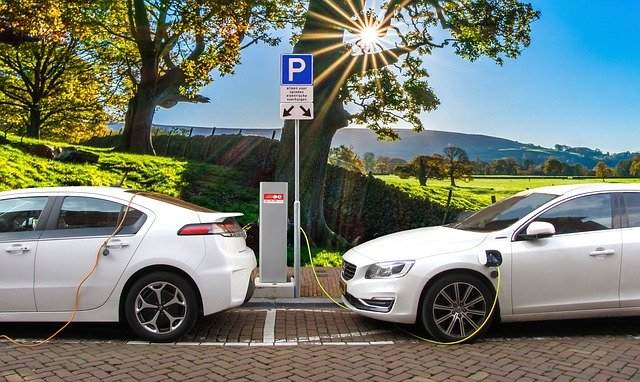 Electric cars are of course also coming to Poland but how many are considering to buy an electric car? A Polish survey has been made and here is the result.

With 39 percent up to 46 percent the percentage of people who say that the car contributes to air pollution has increased over the last year, according to the survey.

It showed 19 percent of those asked are considering buying an electric car, although for most it is too expensive.

The study also shows that almost half of Poles believe that cars “significantly contribute to air pollution”.

“The percentage of people who believe that the car contributes significantly to air pollution has increased from 39 percent to 46 percent in the last year,” the people behind survey reported in a press release on Thursday this week.

According to 25 percent cars do not contribute to significant air pollution. Almost every third respondent has no opinion on this subject. The study shows that women and the youngest age group (18-34 years) are more aware of the impact on the air quality.

When asked about individually undertaken pro-ecological activities, 30 percent of the respondents indicate a limitation in the use of cars, an increase by 5 percentage points compared to the 2021 study.

It added that four out of ten respondents travel by bicycle, 38 percent uses public transport, and every fourth train. 28 percent of respondents do not use an alternative to the car, which means an increase by 5 percentage points within 2 years, possibly due to a pandemic).

The forms of transport other than cars are most often used by people from the oldest age group (55+) and city dwellers. The inhabitants of the largest cities use public transport more often and have the most opportunities to find alternative forms of travel to the car.

As reported, almost half of the respondents could give up the car if public transport was cheaper and more accessible. “While the percentage of positive responses has increased in the last year, it is still not at the same level as before the pandemic (then it was almost 60%). It would be easier for people of the largest cities to give up their own car for public transport” – the survey shows.

Electric cars are still too expensive

When asked what respondents plan actions/investments in connection with the war and rising prices of energy resources, 19 percent declares that it is considering purchasing an electric car. Most believe that electric cars are still too expensive (an increase from 75% to 81%) and there is no infrastructure for them (an increase of 12 percentage points y/y).

The Blue Media study was conducted in April 2022 on a representative nationwide sample of 1,037 people.

One could maybe argue that the number of people taking part in the survey are too low, in a country with almost a population of 38 mio. people.

Another issue regarding electric cars are charging them but it seems to be improved in the future.

How many electric cars are there right now in Poland? Get...

16/05/2022 0
Electric cars are gaining more and more popularity in Poland. Today, they are registered as much as 44 percent. more than in the corresponding...
Go to mobile version