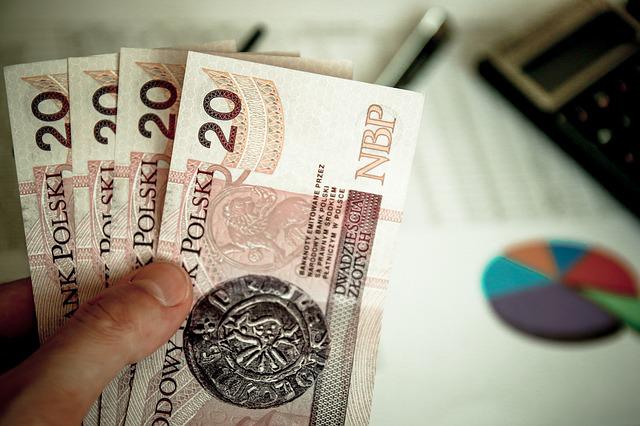 On July 1 (this Friday), another tax reform entered into force – this time under the name Low Taxes or Niskie Podatki in Polish (seems Polish Deal 2 now sounds bad in many ears ed.). Its main goal is to repair what has broken the Polish Order. Although the reform envisages, inter alia, a serious reduction in the lower PIT tax rate (from 17 to 12 percent), the same Ministry of Finance warns that some people will receive lower wages from July. However, he promises to give everything back in 2023 on the occasion of the annual settlement.

Contractors with earnings up to 12.800. PLN gross or employees with the same salary who did not submit the PIT-2 form – these are examples of groups of people who, from July 1 this year, will receive lower wages. The Ministry of Finance admits the same.

As the ministry explains, the reason is the repeal of the provision maintaining monthly PIT advances at the level from 2021. The end of the so-called rolling advances will increase their amount. As the Ministry of Finance explains – it will only happen “temporarily” and with the annual settlement for 2022, such people will even see a benefit compared to the settlement for 2021.

In the case of contractors, the inability to use the free amount during the year for PIT advances is also a disadvantage.

As the Ministry of Finance explains, an example contractor earning PLN 3,200 per month from July to the end of the year will pay an advance tax payment higher by PLN 103 than today (and in 2021).

The benefit of the tax reform is to be felt only in 2023, when, firstly, it will receive a tax refund (because the tax- free amount will be taken into account ), and secondly – from 2023 it is not to pay tax advances at all after they enter into force regulations that will allow for the use of the free amount during the year under contracts of mandate .

The Ministry of Finance would like to remind you that this year the contractor may apply to the head of the tax office to limit the collection of tax advances by the payer.

From July, higher advances will also be paid, among others , by full-time employees who did not submit the PIT-2 document, as well as those with employment contracts who, although they did, earn 10.3-12.8000 per month PLN gross.

In the latter case, the advance payment is to increase by a maximum of PLN 60 per month. For example, as calculated by the Ministry of Finance, a full-time employee with one salary of 11,000 PLN gross monthly from January this year. He paid an advance tax of PLN 792, and from July it will be PLN 17 more (PLN 809). First, however – it will be like this “only” for three months, then the advance payment is to be lower than in the alternative reality, if there was no reform from 1 July. Secondly – in general, the annual tax is to drop to PLN 9.700. PLN from 13.600 in 2021 and on the terms of January 2022.

Higher tax advances will also temporarily pay – so they will receive a lower salary or benefit – incl. uniform with earnings from approx. 8.9 to 12.8000. gross PLN and retirees with a retirement pension of approx. 9.4-12.800. PLN gross (and therefore rather a handful).

Higher advances from July this year. by the end of the year or for the next few months, they will also apply to additional pensions or people with coincidental contracts, e.g. with two full-time positions or a full-time contract of mandate.

On the other hand, the Ministry of Finance points out that the vast majority of taxpayers will see changes in their payments from July.

Although the change in the method of calculating advances in the middle of the year will mean that some people will receive slightly lower salaries for some time, the deputy finance minister Artur Soboń assures that no one who earns up to 18,000 PLN per month (gross) will not lose overall due to the tax reform. According to the calculations of experts from Grant Thornton, a person with earnings of 20,000 PLN a month will lose over 3.3 thousand compared to 2021. PLN (although it is still less than the Polish Deal would take – over PLN 7.800).

Low Taxes reduce PIT and no relief for the middle class

Among other changes that will come into force on July 1, there are also incl. elimination of the allowance for the middle class, restoration of the preferential settlement of income of single parents, as well as the possibility of deducting health insurance contributions by entrepreneurs on a flat tax, lump sum and tax card.

03/06/2022 0
Experts are worried about new tax authorities' powers also when it comes to citizens' bank accounts in Poland. The Ministry of Finance is considering...
Go to mobile version