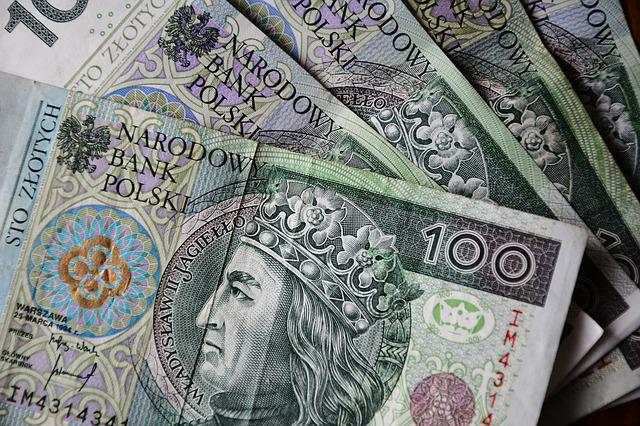 Polish order with successive changes from the first Polish Deal. The reduction of the income tax rate from 17 percent to 12%, a lower tax-reducing amount, the elimination of the middle-class tax relief introduced at the beginning of 2022 and changes in the deduction of health insurance contributions are the biggest changes that will come into force on 1 July. We check what changes await Poles after the amendment of the tax system.

I present the top 10 changes in the Polish Deal 2.0, which will affect the amount of net remuneration from July 1, 2022 and the balance of the portfolio.

1. Change to the tax scale

From July 1, 2022, the PIT rate in the first tax threshold will be reduced from 17 percent. at 12 percent The change applies to people employed under an employment contract, mandate contract and entrepreneurs taxed according to the tax scale. The new tax rate will apply for the entire tax year, i.e. from January to December 2022. In practice, this means that from July 1, employees will be accounted for income tax at 12%. scale, thus they will receive a higher net salary. However, in the annual PIT settlement, tax offices will refund overpaid tax for the period from January to July 2022.

Polish tax law provides for the so-called free amount up to the sum of 30000 PLN per year. People earning in the range of 30 thousand. PLN up to 120000. PLN applies a tax rate of 12 percent. However, after exceeding the threshold of 120 thousand. PLN, the sum of the surplus is taxed at a rate of 32 percent. On the other hand, the solidarity levy , i.e. the third tax threshold, applies to people who earn more than PLN 1 million during the year. The surplus over this amount is taxed at the level of 4%.

Reducing the income tax rate may be aimed at mitigating the negative effects associated with eliminating the possibility of deducting health insurance contributions in PIT.

The formula for the most complicated tax relief will disappear from the provisions of the Polish Order 2.0. The original purpose of the middle class tax relief was to compensate for the changes that were unfavourable for some taxpayers, resulting from the health insurance reform. In fact, the tax relief introduced a lot of confusion in the tax system.

The middle class tax relief will be abolished. The amendment to the act provides for an exception for a certain group of taxpayers. Persons for whom settlement with middle class relief will be more advantageous than settlement according to the new mechanism will receive a refund from the tax office . The amount will be the difference between the tax due and the tax calculated using the so-called allowances for the middle class.

4. Change in the deduction of health insurance contributions

The health insurance premium calculated according to the new rules also had a negative impact on the portfolios of some entrepreneurs. The amendment also partially changes the method of determining the health insurance premium. Taxpayers paying for the so-called according to general rules, they will not be able to deduct the contribution in the PIT settlement. Entrepreneurs using the tax scale will deduct a maximum of 8.7 thousand. PLN per year. The amount of this amount is to be indexed annually on the basis of the indicator included in the bill.

On the other hand, for entrepreneurs on a flat tax (at a rate of 19 percent), a lump sum on recorded income and a tax card, there are changes in the deduction of health insurance contributions. Persons running a business subject to flat tax and lump sum tax will be able to deduct the health insurance contribution from their income. According to the Ministry of Finance, the annual limit is:

Single parents will settle accounts with the child. As of January 1, the Polish Deal eliminated the possibility of joint accountability between the parent and the child. The existing option was replaced by a one-time deduction of PLN 1,500. The amendment provides for the restoration of joint settlement for single parents. According to the information provided by the Ministry of Finance, parents will be able to take advantage of a double, i.e. tax-free amount .

6. Discount for a child with a higher limit

In accordance with the regulations, the family pension will also be separated from the parent’s income . In practice, this means that the child will benefit from the so-called tax-free amount.

Pursuant to the regulations coming into force from 1 July 2022, the taxpayer will be able to submit a PIT-2 declaration to up to three payers . In the declaration, the person submitting the declaration will be required to indicate the amount of the income tax reduction amount that the payer will be entitled to deduct:

Until now, taxpayers could only submit a PIT-2 declaration to one payer. The amendment will be a positive change for people who have several sources of income at the same time, e.g. working pensioners and people with several employment contracts.

PIT-2 will also be able to be submitted by taxpayers earning income from the so-called activities performed in person, incl. under contracts of mandate, specific work and management contracts. According to the Ministry of Finance, after consultations, at the request of accountants, the date of entry into force of this solution is postponed to January 1, 2023.

8. The form of income tax to choose from

The amendment to the Polish governance regulations provides for the reduction of the income tax rate for the first threshold. Therefore, entrepreneurs will exceptionally be able to change the form of taxation during the year. People running a business and paying a lump sum on recorded income or a flat tax will be able to submit a PIT tax return for 2022, settled in accordance with the “general rules”. However, by the end of 2022, they must apply the currently selected form of taxation.

In the latest version of the Polish governance regulations, there will be no “Pałacyk +” relief. People who purchase a new property belonging to the historic category (e.g. a palace or tenement house) will not be able to deduct the purchase costs in PIT. Owners will be able to reduce the tax with expenses related to renovation of buildings.

Will 1 July 2022 be another breakthrough date for the Polish tax system? The changes will include a reduction in the tax rate by 17% to 12%, higher income limits for a child to take advantage of tax preferences and a harmonisation of the deadline for submitting tax forms.

In doubt? Then contact your accountant and if you want a recommendation for an accountant in Poland then write me at info@bizinpoland.com it is for a fee of course. Read evt more at bizinpoland.com