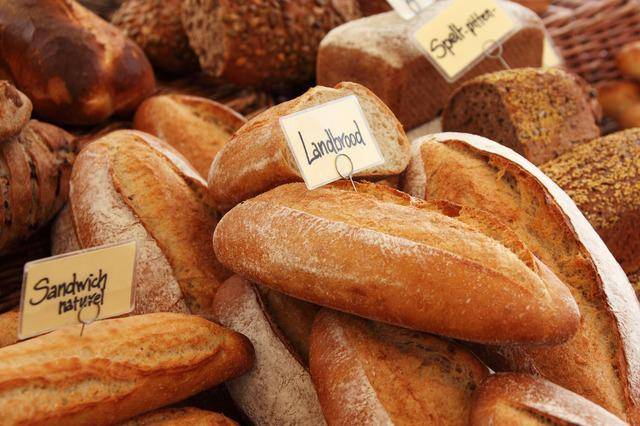 Russia and Ukraine are significant global players in the trade in agricultural produce. Both of these countries are responsible for almost 25 percent. trade in wheat, and in the case of barley this share reaches 30 percent. The war in Ukraine has raised concerns from the outset in the context of food shortages.

Drought is coming to this puzzle

At present, drought is coming to this puzzle, which will also have a significant impact on the harvest in Poland. Experts emphasise that there will be plenty of food in Poland. However, there may be temporary shortages, but one thing is for sure – it will be expensive. This, in turn, will mean that not everyone can afford everything.

Łukasz Pergoł is a farmer from Burkat in the Warmian-Masurian Voivodeship and a member of the #PTR association. His farm has existed since 1956. In an interview, he emphasises that this year there will be food in Poland.

“There will be no shortage of wheat for flour or rapeseed for oil. The prices, however, will be much higher. Due to the war, prices are rising in global markets. Russia and Ukraine are the main export countries for grains such as wheat, corn and sunflower. At the moment, we do not see too much shortage, but remember that we are before harvest”, he says.

Through the eyes of the farmer

And he adds: “Ukraine has not exported many tons of wheat so far, and the war is still going on, so a problem may arise. In addition, many exporters who previously reported increases in exports are struggling with drought and are revising their forecasts downwards. This is what happens in North America or India. It will certainly be more expensive, and this in turn will translate into food prices also in Poland. Production in Poland will be lower.

Despite the rising prices of fertilisers and limited fertilisation, and the drought already present, there is no need to fear shortages of basic products. However, grain prices are shaped by the world market: the Matif exchange in Paris and CBOT in Chicago. It will be expensive and there is no indication that the food could be cheaper”.

Łukasz Pergoł emphasises that Polish farmers are waiting for rain, but not intense and rapid. They are waiting for one that could last up to two weeks. The drought is already visible.

“The ground is cracked, you can see that the plants are paler, and many farmers did not fertilise their fields at all this year, because not everyone could afford it. Many farmers have switched to less capital intensive crops”, he says.

Self-sufficient Poland – but not entirely

Dr. Łukasz Ambroziak from the Polish Economic Institute, Institute of Agricultural and Food Economics – PIB emphasises that there will be plenty of food in Poland, and at best, as a result of a large increase in prices, food may become less available to consumers with the lowest incomes.

“Poland is not only self-sufficient in the key segments of plant and livestock production, but also exports surpluses to foreign markets and is the third net exporter of agri-food products among the EU countries in terms of value. In the production of cereals, which is the basis for plant production, the self-sufficiency rate in the 2019/2020 marketing year was 118%.

This means that the production of cereals was 18 percent higher than domestic consumption, calculated as the sum of production and imports less exports and adjusted for the change in stocks.Poland was also self-sufficient in the production of beef (the indicator in 2020 was 209%), poultry and eggs (over 150%) and sugar and milk (over 125%). Indicators slightly above 100 percent. in the economic year 2019/2020 also characterised the production of vegetables, legumes and potatoes”, he says.

However, he adds that what is undoubtedly disadvantageous from the point of view of food safety is the lack of self-sufficiency in the production of semi-finished products for the production of feed and the feed itself . Poland imports over 3 million tonnes of high-protein meal (mainly soybean cake) annually, including from Ukraine and Russia.

“The prices of these semi-finished products also went up. If not for imports, Poland would not have developed enough poultry production to become its largest producer in the EU. Of course, it may happen that a product may be missing, but the deficiencies will be rather short-lived. This is because many importers have included actions in their strategy to reduce the disruptions resulting from Russia’s invasion of Ukraine”, he says.

It will be expensive

Dr. Łukasz Ambroziak emphasises that food is already expensive. In March 2022, the Food and Agriculture Organization of the United Nations Food Price Index increased to 159.3 points. (ie 12.6% m / m), and in April it only slightly decreased compared to the previous month, reaching a value of 158.5 points. (decrease by 0.8% m / m). It caused an expensive Easter.

“These are levels so far unlisted. It was expensive before the war, and the invasion only further destabilised the food markets. Except for the so-called early vegetables and vegetables grown in greenhouses, the remainder of the vegetables and fruit and the processed products based on them come from last year’s harvest . Since then, a lot has changed with regard to the means of agricultural production.

Namely, there has been a sharp increase in their prices, it can be said that in all categories. Probably the most expensive fertilisers, mainly nitrogen fertilisers. We are talking about a three or even fourfold increase in prices. A ton of ammonium nitrate cost about PLN 1,200 at this time a year ago, currently it is over PLN 4,000. zloty. Of course, the introduced subsidies will partially compensate farmers for these increases, but only partially. However, large-scale farms will not benefit from this, as subsidies are granted for up to 50 ha of agricultural land.

Fertilisers have a significant impact on the amount of yields and the harvest. Apart from fertilisers, the prices of seeds, plant protection chemicals and fuel increased. In the case of production in greenhouses heated with gas, the price increases were of great importance”, he says.

Another factor pointed out by the PIE expert is the growing salaries, which is partly related to the lower availability of employees from Ukraine. This means that the products from this year’s harvest will be clearly more expensive than last year.

“However, it is difficult to estimate the scale of the increases, as we are dealing with an increase in the prices of all means of production. If unfavourable weather conditions also occur, and moisture shortages already occur in many places in Poland, the price increases will be even greater. It is not only agricultural producers that are affected by price increases. Processors also have to deal with more expensive agricultural raw materials, packaging and energy. All this translates into the prices of products offered to consumers”, he sums up.

The agricultural situation in Ukraine

The Centre for Eastern Studies in its study of May 5 indicates that, despite the war that had been going on for more than two months, Ukraine managed to start a sewing campaign. Estimates say the cultivation areas will be up to 30 percent lower than in 2021

“The problem with this year’s harvest may be the fuel deficit. It is also not known what the harvest will look like in the occupied territories. Currently, there is no risk of a food shortage, as the country has very significant cereal stocks (around 20 million tonnes), exceeding in some However, in the areas occupied by the Russians, problems may arise in this matter, as the occupiers confiscate the grain. ) “-writes the OSW.

OSW experts also emphasise that in mid-March the Ministry of Agriculture of Ukraine estimated that farmers and enterprises have 78 percent of their jobs. needed seeds, 84 percent. fertilisers and 55 percent. plant protection products. The main problem, however, is fuels.

“Before the war, Ukraine produced about 50 percent of the gasoline it needed, 15 percent of diesel and 20 percent of LPG. About two-thirds of gasoline and diesel imports came from Belarus and Russia. These supplies stopped after the invasion began. Moreover, the aggressor’s troops started regularly destroying oil bases throughout the country and shelled the only operating refinery, in Kremenchuk, which stopped production. Kyiv began to import fuel from EU countries, but the damage to the infrastructure makes logistics difficult. Despite this, there are currently no reports of a shortage of fuel for agriculture, although there are short-term local shortcomings”, the experts point out.

Institutions of Meteorology and Water Management last week issued a warning about hydrological drought in the Lubuskie, Greater Poland, Silesia and Lesser Poland provinces. Importantly, Poland has been struggling with permanent drought for seven years. Deputy Director of the Centre for Hydrological Protection of the Country IMWM-PIB, Grzegorz Walijewski in an interview with the Polish Press Agency said that the drought covers an increasing area.

“We are talking about a meteorological drought, which later turns into an agricultural or soil drought”, pointed out by Grzegorz Walijewski

In his opinion, in addition to carbon dioxide emissions, large areas in Poland were dried up for many years due to improper melioration. “High evaporation, high temperature, no precipitation, low soil moisture. Farmers have a problem. At this point, the whole economy really has a problem”, he said.

In the last 70 years, the temperature in Poland has increased by an average of 1.7 degrees Celsius. According to Grzegorz Walijewski, in Poland today it is like it was 70 years ago in northern Italy.

Will another product share the fate of sugar? Dairy farmers write...

09/08/2022 0
The dairy must not reduce its energy consumption, as this will spoil hundreds of litres of milk. The Association of Polish Milk Processors asks...
Go to mobile version