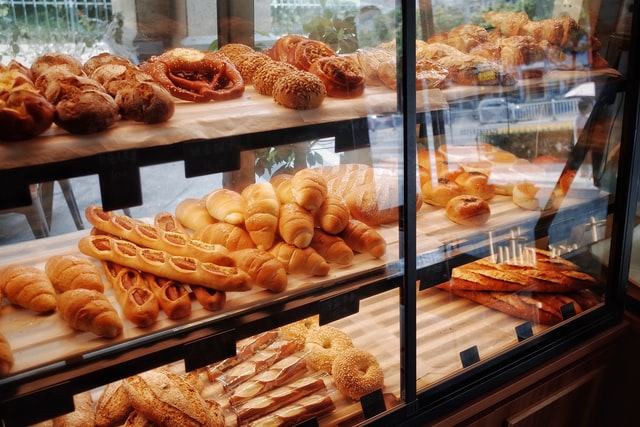 Food prices incl. the productions cost is going one way and that is up. Not all food producers had the courage to pass production costs on to customers. But it seems that this is exactly what they are getting to do. In June, we will in Poland face another wave of increases of food prices in grocery stores. Producers speak about it directly, says the minister of agriculture.

In May, Poles paid 47 percent for poultry more than a year ago, for margarine by 38 percent. more, for sugar by 35 percent. Beef went up 29 percent year on year, butter by 26 percent, and flour and bread by 25 and 24 percent, respectively .

Of course, these are the most expensive food products, and there are also those whose prices have not changed that much. There are also other products and services that are part of the inflation. All this resulted in inflation in May at the level of almost 14%, and we have not known such an expensive price since 1998. The worst part is that this is just the beginning.

Poles know very well that this is not the end yet. Over 92 percent of households in Poland believe that inflation will increase in the near future – indicates Biuro Inwestycji i Cykli Ekonomicznych (BIEC), which calculates the so-called Future Inflation Index.

Is it wrong that we know this? It’s awful. Because it’s not that it’s obvious. And the more of us believe that inflation will increase, and the longer we believe it, the more difficult it is to fight inflation. The higher it can grow.

Unfortunately, according to BIEC, this is exactly what will happen, because there is no chance that the price growth rate will slow down in the coming months.

Their Future Inflation Index, which forecasts changes in the prices of consumer goods and services several months in advance, increased by 2.4 points during the month. This means that the inflation pressure continues to rush.

And there is one more difference – BIEC experts emphasise that none of the respondents expect prices to fall, and this is a very rare phenomenon in this type of research. And yet the prices of food commodities in April and May even slightly decreased, although they are still close to the record highs. This, however, could make someone expect a drop in prices. Nothing of that.

And the Poles have a good sense of the situation. What they probably don’t know is that they may experience a jump in prices. And that it will happen this month.

Such increases would hurt us too much at once

June, which is to be critical for consumers, is indicated by Andrzej Gartner, vice president of the board and general director of the Polish Federation of Food Producers of the Employers’ Union

Why? In his opinion, many producers have not introduced “all necessary increases” resulting from higher production costs, because they did not want to do it all at once, as a shock. And now they are about to update their price lists. Most of the increases will concern the basic basket, so we will all feel them. It is mainly about bread and flour products, dairy products and meat.

The price of bread has not yet increased to PLN 10 per kilogram of the basic species, as it was threatened at the beginning of the war in Ukraine and, according to Gartner, this is not going to happen this year, but bakery flour has increased by about 100%, and gas prices by 500%. In addition, wages are also rising, such as the minimum wage set by the state. Not all of these costs have been passed on to consumers to date. But it’s time.

The other increases are also related to the war in Ukraine. We have such a problem with sunflower oil in Europe that, apart from the rising price, there are also shortages. Meat? Forage is, after all, corn, soybeans, and wheat, and these also become more expensive because of the war.

Another wave of increases is possible in the fall

The Minister of Agriculture, Henryk Kowalczyk, has been constantly reassuring himself in recent weeks. His tone is far from alarmist. But what is he really saying? When asked in the Polish Radio whether he expected the prices of food products to rise, he replied that “there may be an impulse to increase prices”. As if he hadn’t been there before.

So there are more, painful pokes for the wallet ahead of us. It all depends on the course of events in Ukraine. When the war is over, everything will slowly return to normal – argues Minister Kowalczyk. If it does not end, it will be even worse, because the next grain harvest in Ukraine will be smaller, and we will have a drought, especially in Asia. The second half of this year may therefore be a second blow to inflation.