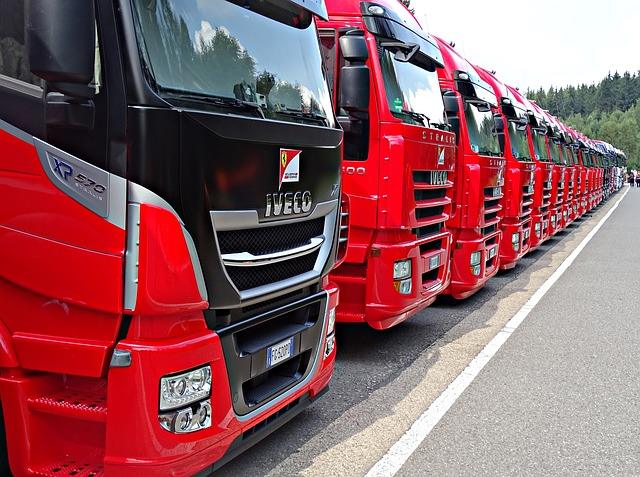 In the opinion of entrepreneurs, the operating conditions for companies in the transport industry have deteriorated. This was due to the applicable legal regulations known as the Mobility Package, Russia’s aggression against Ukraine, and the lack of drivers. This is confirmed by the results of monthly surveys carried out by PIE and BGK.

In February, new regulations were introduced and then the Monthly Economic Index (MIK) for the industry  dropped by as much as 11.5 points. It was at 95.5 points, which meant an advantage of negative moods.

The May MIK for the TSL industry (transport-forwarding-logistics) amounted to 103.5 points, which proves the predominance of positive moods. However, the indicator was significantly lower compared to the previous month (-5.8 points).

War inhibits the development of the transport industry

Companies from the TSL industry are also starting to notice the effects of the war in Ukraine. According to the Central Statistical Office , 36.2 percent. of them in April believed that the consequences of the war would be serious for them or threaten the stability of the company. In addition to construction, it is the industry that complained the most about the negative effects of the war.

The deteriorating conditions for the functioning of transport companies in Poland are confirmed by the May survey of PIE and BGK. TSL companies, which recorded a month-to-month decrease in sales value, account for 28%, while companies declaring an increase in sales – 21%.

The same is the case with the number of new orders. 19 percent of TSL companies recorded their decline, and 17 percent. – increase. Most of the companies (59%) did not make any investments in tangible and / or intangible assets in the last three months. 36 percent of companies said they had no need to invest. 23 percent stated that the financial possibilities did not allow for such actions.

For 82 percent of TFL companies, a significant or very significant barrier to their activity is the uncertainty of the economic situation (rising costs and war). And for 60 percent the limitation is the unavailability of employees.

The short-term solution to this problem is increasing wages and various bonuses and bonuses, as well as flexible working hours. This, however, increases the company’s costs. This is confirmed by the declarations of companies – as much as 75 percent. points out that rising employee costs constitute a large or very large barrier to business.

Proposals for solutions to the problems of the industry

A positive change that facilitates the acquisition of drivers is the intensification of the organisation of training and internships by the education industry, as well as the transport companies themselves. They also undertake actions to improve the image of the driver’s work, as this is one of the reasons for insufficient interest of young people in this profession.

The way to reduce the gap in the labour market is to hire drivers from abroad. The Chief Inspectorate of Road Transport at the end of 2020 counted 103.200 valid driver’s certificates issued to persons from outside Poland. Of which 75 percent belonged to Ukrainians, and 20 percent to Belarusians.

Today, many Ukrainians have returned to defend their homeland. That is why companies from the TSL industry are considering the possibility of looking for employees in India, Nepal, the Philippines, Uzbekistan and Vietnam.

The answer to the challenges in transport may also be the digitization of TSL companies and the platform for the sale of services offered. Platforms connecting drivers, carriers and entities in need of transport services are already being created.

Vacation at risk. End of agreement with air traffic controllers?