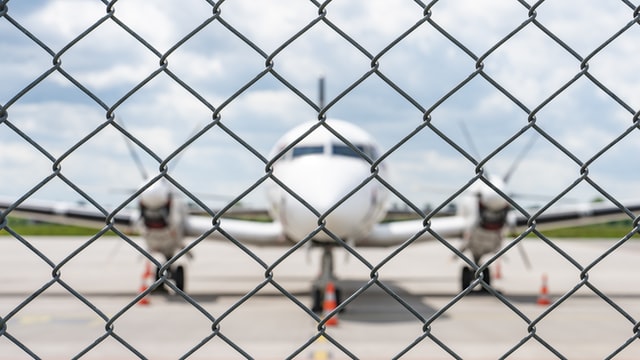 Most of the flights will be cancelled from both airports in Warsaw from 1 of May. That is so far the conclusion but there will be some slots that will be coordinated.

Most of the flights will be cancelled from Warsaw

From May 1, Polish civil aviation in Mazovia may be paralyzed due to a disagreement between the controllers and the Polish Air Navigation Services Agency. Most of the flight connections from the Chopin Airport and Warsaw Modlin Airport will be cancelled. Earlier, the Civil Aviation Authority (CAA) published a list of 32 priority connections that – despite the deficiencies in flight control – will take place.

Among them, there were as many as 19 connections made by LOT Polish Airlines, and only two connections by Ryanair – from Modlin. The question remains, what will happen to the remaining 52 slots waiting to be developed. The distribution algorithm was explained on Tuesday afternoon by the President of the Civil Aviation Authority, Piotr Samson.

“It is possible to perform 90 operations from Warsaw airports, of which 32 are priority connections and 58, which are subject to a proportional distribution” , he said. The latter will be selected by the slot coordinator, ACL (Airport Coordination Limited). By adopting these calculations, Modlin will receive 10 percent slots.

“There were 32 priority destinations, and 52 on the mechanism that has operated so far – that is, according to the allocation algorithm between those airlines operating in Warsaw at Chopin airport. By adopting this algorithm, we agreed that the Modlin airport will get 8 slots that it will be able to handle. From the pool of 90 slots, 8 will go to Modlin in a limited size” stated the President of the Civil Aviation Authority.

– The selection was based on which airlines have historically carried the most passengers. We are in the process, and we would like it to end as soon as possible. We believe that an agreement will be reached and there will be no need to develop a new system, but the algorithm has been developed – added Piotr Samson.

There is one more parameter that complicates the system

29/07/2022 0
The airline industry cannot find people to work, and those who work start strike after strike. Luckily, in the very middle of this turmoil,...
Go to mobile version