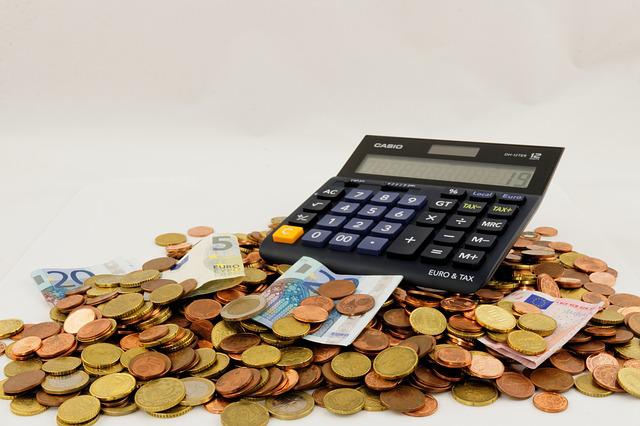 PiS wanted the Polish Deal to change the rules in Polish taxes. The rich were to pay more, and those with the lowest wages – less. So much for the theory. The changes announced at the end of March will mean that people with earnings well above 10000 will benefit the most. For some, the profits will be the equivalent of one additional salary.

But there can of course come more changes again and this is so to speak just on paper for now.

When PiS presented the Polish Deal, one of its main assumptions was “justice”. Both the then Minister of Finance Tadeusz Kościński and Prime Minister Morawiecki spoke about it.

They both understood this justice to mean that the more someone earns, the more taxes and dues he should pay. The head of government repeatedly used the example of “croissants” who work with a small health insurance premium, therefore these rules need to be changed.

The original assumptions, however, were so complicated that PiS decided to change them. He withdrew some solutions, and he promised to lower the tax rate to 12 percent. The reform would enter into force in July, but cover the entire year. This means that the tax office will return to Poles what – according to the new regulations – it will take away unnecessarily in the first six months.

How does it look in numbers? Dagmara Leonik, an expert from the consulting company EY, comes to the rescue, calculating how the exemplary changes will affect individual employees. Below we present the situations of six exemplary “full time” employees. We all assume that the taxpayer has submitted the PIT-2 form and deducts the standard tax deductible costs.

For those earning the minimum wage, the latest changes will add little. According to EY’s calculations, the net salary for the least earners will be 2,000 PLN  and get 363 PLN more, which is exactly the same as before the changes in the Polish Deal.

Such people did not take advantage of the middle class tax relief, and the vast majority of their income was tax-free. They will also not be affected by the reduction in the tax rate from 17 to 12 percent because such people simply will not pay the tax amount.

It is worth noting, however, that regardless of changes in the Polish Deal 2.0, such people will earn 150 PLN more per month than last year.

With a salary of 5,000 gross PLN will change more. It is true that, before the changes, such an employee did not use the middle class tax relief (it was entitled to a gross income of 5,000 and gained 701 PLN), but so far he/she paid PIT at a rate of 17 percent.

From July, this rate will drop to 12%, so for such a taxpayer it is a real profit. Thanks to this, he will earn 738 PLN  instead of  in the first half of the year.

In this case, the changes are much more complicated. Such an employee will not benefit from the middle-class tax relief which he was entitled to during the first three months of the year. So he/she will lose on this.

An employee earning such an amount in 2021 received 7,000. Gained 69 PLN per month. After the changes introduced from January 2022, his/hers salary decreased to 6,000. Largely due to changes in the deduction of health insurance contributions.

After the changes announced by the government, from July 2022, such an employee will receive a salary of 7,000. That is almost 200 PLN more than at the beginning of the year and 9 PLN more than before the “era of the Polish Deal”.

But it doesn’t stop there. According to the Polish Deal 1.0, an employee would have to pay an additional 82 PLN  in tax per annum. If the changes proposed by the government come into force, there will be no need to pay extra.

In this scenario, the employee will still not be satisfied with the implementation of the Polish Deal. Because he will still be at a loss on it.

Changes in the deduction of health insurance contributions will reduce his salary, which will not be compensated even by an increase in the exempt amount, tax threshold or a reduction in the PIT rate to 12%.

This is the most glaring example of changes in the Polish Lada. An employee with such a salary after the introduction of the Polish Deal was very much a loss. Instead of 12 thousand. PLN 784 a month, he began to receive 11 thousand. PLN 961. It is over PLN 800 a month, i.e. almost PLN 10,000. PLN per year.

What’s more, in the annual settlement, you still had to pay over PLN 7,000. PLN tax. He did not use the middle class tax relief, so his losses resulting from the inability to deduct health insurance contributions were more visible.

What’s more, thanks to the extension of the validity of the regulations for the entire year, they will not have to pay extra tax on an annual basis. In April 2023, instead of paying 7,000. PLN 22, he/she will not have to pay anything extra. The total profit is therefore almost 15000 PLN in relation to the original assumptions of the Polish Deal, but also a loss of almost 2.200 PLN compared to 2021

Changes in the Polish Deal 2.0 Here are the details

A revolution in the Polish Lada was announced at the end of March by Prime Minister Mateusz Morawiecki and Deputy Finance Minister Artur Soboń.

The main element is the reduction of the PIT rate from 17 to 12 percent. It will include income up to the level of PLN 120 thousand. PLN, achieved by employees, but also contractors, pensioners and entrepreneurs.

Another idea is that PiS will withdraw from the relief for the middle class . At the same time, the act is to provide a guarantee that despite the liquidation of the tax relief, taxpayers will not lose this change.

The presented changes also mean a different calculation of the health premium for entrepreneurs. It is about those who settle with flat tax, lump sum and tax card.

Here, however, there will be limits. For the “liner” it will be 8700 PLN contributions deducted from income, for a lump sum 50 percent  paid contributions and 19 percent. premium paid for those settling with a tax card.

The fate of entrepreneurs is still in the balance. The government is still considering whether to allow them to change the form of taxation in connection with the presented changes. Let us remind you that the deadline for choosing the form of taxation expired on February 20. At that time, it was not known about changes in the Polish Deal 2.0.

PiS is also withdrawing from changes for single parents. The possibility of joint settlement with the child is to return, thanks to which such taxpayers will twice use the tax-free amount of PLN 30,000. zloty. On the other hand, the tax relief introduced by the Polish Government will disappear 1.500 PLN for such people.

For parents, it will also be important to change the limit of children’s earnings for tax purposes. Today, only those whose children do not earn more than 3,000 PLN can benefit from the child tax credit. That is 89 PLN  per year. This limit is to be raised to 16,000.

22/08/2022 0
Update: according to an accountant in Warsaw. This election is made in the annual tax filing for 2022 and the deadline is therefore the...
Go to mobile version