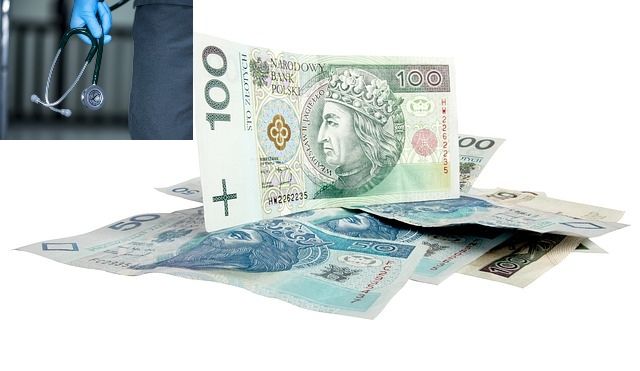 The Polish Deal tax reform came into force at the beginning of the new year and introduced a number of changes to the tax and contribution system.

The aim of the revolution in regulations is – according to the government – to rebuild the economy after the COVID-19 pandemic, eliminate social inequalities and create better living conditions for all citizens.

The reality, however, turns out to be brutal for some, and the victims are, among others, entrepreneurs who pay health insurance for the first time under the new rules.

You can get an overview of the Polish Deal tax reform in my podcast Biz in Poland podcast.

Remember to subscribe to the podcast because there are more episodes in the making.

Contribution is a burden for entrepreneurs

The health premium for many entrepreneurs in Poland is much higher than before. An example is Ms Joanna, who runs a law firm, about which the Bankier portal writes.

So far, she paid a health insurance premium of PLN 381.81 PLN, but this month the amount has increased to almost  600 PLN (The payment can also be much higher, it depends on your income, see more below ed.)

In addition, she is also employed in the office under an employment contract, where she also pays the health insurance premium.

The portal also provided examples of other people who sent e-mails to the editorial office complaining about the amount of the health insurance contribution.

For some of them it is a very heavy burden, so they realise that they will have to “tighten their belts”. When running a business, it is also worth checking on an ongoing basis whether ZUS has booked payments for paid contributions, because due to the lack of information about the system, arrears may appear.

Debts in the Social Insurance Institution (ZUS) are associated with serious consequences interest, additional enforcement costs, criminal proceedings, and even a ban on running a business.

Debt with ZUS can be checked in person at the office or online. Persons who have an account on the PUE ZUS platform, after logging in to their profile, will find information about possible arrears in the “Due contributions and payments” tab.

Health care contribution. How to settle it?

An entrepreneur paying a flat tax has to pay the premium even when he or she has no income or has suffered a loss. Its amount is 4.9 percent. Company income is calculated on the basis of the income reported in the previous month.

In the case of an entrepreneur subject to general taxation, the health insurance premium is 9% income.

“Settlement on the tax scale gives the opportunity to benefit from preferences, such as the tax-free amount and a higher first tax threshold. Those settling on the tax scale have the option of using pro-family relief and settlements with their spouse” – reports bankier.pl.

In general it has become even more difficult for the Polish tax system with the Polish Deal tax reform, so I highly recommend you to have your accountant to help you out.

If you don’t have any, I can help you with that as a part of my consultant services. Just write me an email at info@bizinpoland.com

The richest Pole sells his business in Russia that was on...

05/04/2022 0
Cersanit, owned by the richest Pole, Michał Sołowow, intends to sell its business in Russia.. "Negotiations are conducted with investors from China, the United...
Go to mobile version