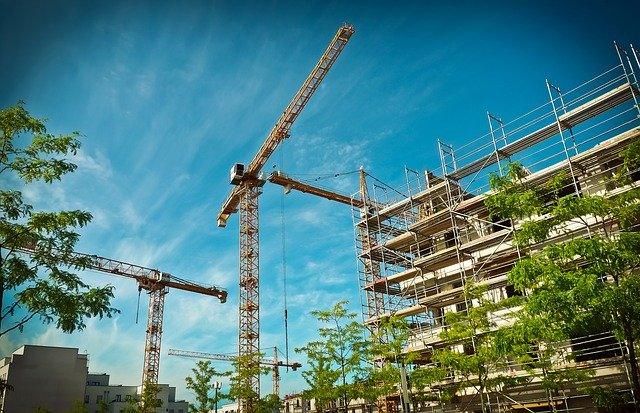 Russia’s aggression towards Ukraine has completely changed the situation on the steel market in the EU, and the introduction of an embargo on the import of Russian steel products adds additional complications.

Industry representatives reassure you: we will not run out of steel. However, one must take into account a strong increase in prices, which will affect all recipients of steel products.

“Perturbation will not be avoided by automotive and construction companies, producing household appliances or implementing investments on the railways” says Jakub Szkopek, an Erste Group analyst.

We have been observing the turbulence in the EU steel market almost from the beginning of hostilities in Ukraine. “Already on the second day after the outbreak of the war, raw materials for steel production began to skyrocket and panic set in. It was not known for what amount and whether to sell steel products at all.

Fortunately, later the prices of raw materials fell a bit and the market situation slowly began to stabilise” Stefan Dzienniak, president of the Metallurgical Chamber of Industry and Commerce.

All this contributed to the sharp increase in steel prices. According to DM BDM calculations, in the last week alone, cold-formed sections increased by 74 percent, sheets by 51 percent, and ribbed bars by 40 percent. In the case of sheets, prices are as much as 228 percent higher than last year, and the prices of bars during the year jumped by 195%.

“Price increases are caused by the war in Ukraine, as Russia and Ukraine are significant producers and exporters of steel and iron ore , used in the production of steel using the blast furnace method.

There have been reports on the Polish market that steel producers and distributors have suspended their offers due to unprecedented price volatility” comments Krystian Brymora, DM BDM analyst.

Erste Group analyst Jakub Szkopek emphasises that the waiting times for steel have also shifted significantly “from 4-5 weeks to 5-6 weeks. Moreover, the price of coking coal used in metallurgy increased drastically – from 430 to 670 dollars / t. Conversely, the rates of scrap used in electric steel factories increased from 500 to about 700 USD/ t.

“The war in Ukraine completely changed the situation on the steel market in Europe. Russia and Ukraine are big players in our region. So today we have a situation where some Ukrainian steel plants have suspended production, and all of them have frozen exports of products abroad.

On the other hand, European industry has been reluctant to place orders with Russian producers since the outbreak of the war for political, image and sanctions reasons” explains Szkopek.

As a result, steel prices in Europe began to go crazy. “Russian products were cheap. In addition, the European steel industry also heavily used Russian coking coal and now must quickly look for alternative supplies, fearing a possible embargo on the import of this raw material” emphasises Szkopek.

The more expensive steel will affect all recipients of this product. Moreover, according to analysts, prices will continue to rise.

“This is not the end of the increases. In my opinion, this is just the beginning of the increases, because European steel producers will not be able to meet the growing demand on the domestic market.

Although the demand for steel in the automotive industry looks weaker, we are entering a high season in the construction industry, which is a major recipient of steel products. Perturbation will not be avoided by automotive and construction companies, producing household appliances or carrying out railway investments. I am concerned whether they are prepared for such a large increase in costs” underlines Szkopek.

Polish construction is already getting ready for hard times. The Polish Association of Construction Employers, among the greatest challenges facing the industry after the outbreak of the war in Ukraine, lists, inter alia, the outflow of workers from Ukraine, but also a shortage of steel products and further increases in material prices.

As a consequence, this organisation sees the risk of a wave of bankruptcies of construction companies and a slowdown in investments .

Expert: there will be plenty of steel

The market situation became even more complicated after the EU – in response to Russia’s aggression against Ukraine – introduced an embargo on Russian steel . Stefan Dzienniak reminds that there were already restrictions on the import of steel products to the EU. This protected our market against the flood of cheap steel from the East.

“For several years, therefore, there have been limits on the import of individual steel products from Russia to the EU. Now the duty-free quota of Russian and Belarusian producers has been divided among the remaining third countries and, I believe, they will be happy to take this opportunity.

In my opinion, Turkey, which is, after all, a significant steel producer and has great export potential, can benefit most from this”, explains the head of HIPH.

He adds that intensive talks with suppliers are already underway. “I think that within 2-3 weeks this gap in the Russian steel should be filled, and after the temporary stagnation and the shortage of steel on the EU market, there should be no more traces” concludes Dzienniak.

Industry representatives do not want to forecast how much steel prices may still rise. “We know that currently raw materials are very expensive, and the prices of scrap, coking coal and energy are deadly for the steel industry.

All this, of course, will be reflected in the prices of steel products , because steel mills cannot sell goods below production costs. However, we do not know how long this situation will last and how the prices of raw materials will develop in the long run”, explains the president of HIPH.

A blow to the Russian economy

However, experts have no doubts that the steel embargo is a big blow to the Russian economy. “In 2021, Russia exported steel products to the EU with a total value of around  7.4 billion EUR and was the second supplier of these products after Turkey.

According to EU estimates, the introduced restrictions will affect about half of these supplies ( 3.3 billion EUR). In the case of the Siewierstal concern, approx. 60 percent of exported steel (approx. 30 percent of total sales)”, says Iwona Wiśniewska, chief specialist of the Russian Team at the Center for Eastern Studies, in her commentary.

According to the World Steel Association (Worldsteel), Russia is the fifth largest steel producer in the world. In 2021, the production of Russian mills reached 76 million tonnes. China is in the lead, with annual production exceeding 1 billion tonnes, which is more than half of the world’s steel production.

Between China and Russia, India, Japan and the USA are in the following places. Ukraine took 14th place in the ranking for 2021, with a production of 21.4 million tonnes. In turn, Poland, which produced 8.4 million tons of steel last year, came 22nd.

Ukrainian workers leaving most dangerous for the construction industry

18/03/2022 1
The numbers of Ukrainian citizens from the Polish labour market as a result of the war in Ukraine poses the greatest risk to the...
Go to mobile version