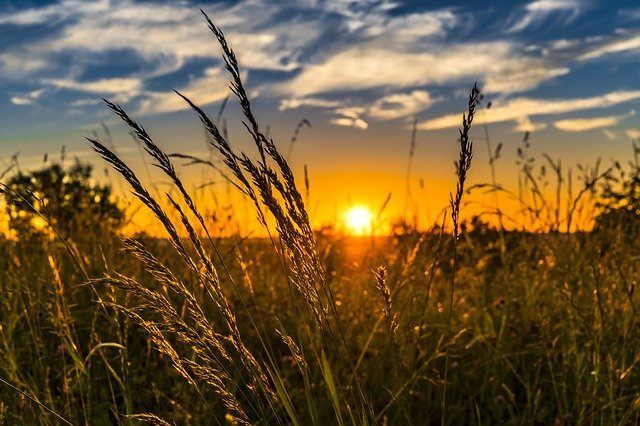 Agriculture is one of the sectors of the economy which, maybe surprisingly to some, quickly adapts to new technologies. Automation of their work translates into more time that can be spent on other activities.

Thanks to modern machines, tasks that were required by several people a decade ago can now be performed by just one.

“Satellite data is an excellent source of information that allows you to make decisions. It can be done faster, more efficiently and cheaper than with the field inspection” says Dr. Sylwia Nasiłowska, product manager at CloudFerro.

Thanks to aerial photos, it is possible to determine, for example, what part of the plot is occupied by the forest, which then serves to calculate the subsidy from the European Union.

All the time, however, the process begins with a person who defines the scope and type of a given phenomenon for selected regions. There are also methods that only require you to point out examples manually. Only after that do the algorithms come into play.

“Algorithms extrapolate the proposed principle of photo interpretation to larger areas. It can be assumed that the greater the involvement of a human being, the greater the thematic accuracy of the analyses and the wider possibilities of applications” adds Sylwia Nasiłowska.

For example, satellite images may not be sufficient to distinguish cereal diseases – this is the domain of scientists, where not only visual analysis of the images is required, but also field research.

CloudFerro, a Polish provider of cloud services, wants to push the boundaries of what can be automated.

The system is to distinguish between types of crops and forecast the impact of heavy rains on potential yields, which will be useful, for example, for wholesale food buyers and of course farmers incl. Polish farmers.

Insurance companies will use the service

Hailstorms or gusty storms often damage the crops, which is the basis for applying for compensation.

The prototype version of the platform is to be released by the end of February 2023, and the ready-made solution will be launched in early 2024. It will use medium and high resolution images taken by the European Sentinel 2 satellite.

The company is to settle accounts for each hectare of the analysed area.

“The most likely unit of account is 1 EUR per hectare. We anticipate the possibility of purchasing a subscription and ordering individual analyzes” says Sylwia Nasiłowska.

Not “only” for Polish farmers

CloudFerro uses funding from the National Centre for Research and Development (NCBiR) in the amount of PLN 5.8 million (the total value of the project is PLN 8.2 million).

Most likely it will not “only” by the Polish farmers that will use the new technology.

Will another product share the fate of sugar? Dairy farmers write about energy supplies

Google creates a new team in Poland. After Warsaw and Wrocław...

16/05/2022 0
According to the company, Krakow is the second city, after Warsaw, where Google will employ qualified specialists and specialists from the IT sector to...
Go to mobile version