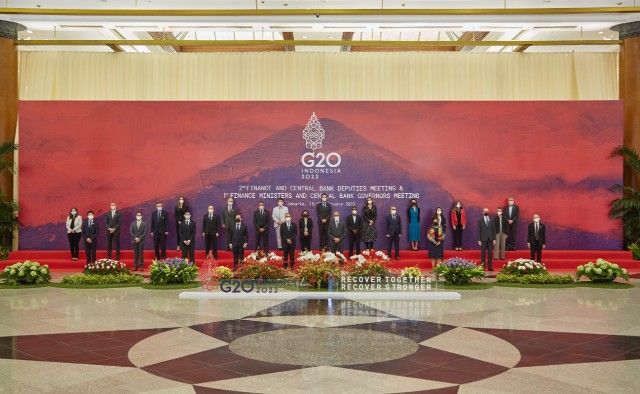 The Polish media “Dziennik Gazeta Prawna” reports that Poland may replace Russia in the G20 Group. The daily writes that the Minister of Development, Piotr Nowak, flew to Washington to discuss this matter.

Piotr Nowak is to present the idea of ​​throwing Russia out of the G20 group, and Poland would take its place. It is worth recalling that the it is a group that brings together the richest economies in the world.

It is an informal group that was established in 1999. It is a forum for dialogue on key issues for the global economy. It is currently made up of 19 countries and the European Union.

The Minister of Development Piotr Nowak will also hold talks on funds for Ukraine and Poland. The European Union has recently declared that the aid will reach 1 billion EUR, and in the next stage, the European Commission may unlock 6 billion EUR for Poland under the Reconstruction Fund.

Also because that many refugees from Ukraine comes to Poland to get help and support in many ways.

This website uses cookies to improve your experience while you navigate through the website. Out of these, the cookies that are categorized as necessary are stored on your browser as they are essential for the working of basic functionalities of the website. We also use third-party cookies that help us analyze and understand how you use this website. These cookies will be stored in your browser only with your consent. You also have the option to opt-out of these cookies. But opting out of some of these cookies may affect your browsing experience.
Necessary Always Enabled
Necessary cookies are absolutely essential for the website to function properly. These cookies ensure basic functionalities and security features of the website, anonymously.
Functional
Functional cookies help to perform certain functionalities like sharing the content of the website on social media platforms, collect feedbacks, and other third-party features.
Performance
Performance cookies are used to understand and analyze the key performance indexes of the website which helps in delivering a better user experience for the visitors.
Analytics
Analytical cookies are used to understand how visitors interact with the website. These cookies help provide information on metrics the number of visitors, bounce rate, traffic source, etc.
Advertisement
Advertisement cookies are used to provide visitors with relevant ads and marketing campaigns. These cookies track visitors across websites and collect information to provide customized ads.
Others
Other uncategorized cookies are those that are being analyzed and have not been classified into a category as yet.
SAVE & ACCEPT
MORE STORIES
00:00:20
Finance

The Zloty dropped and the National Bank of Poland had to...

05/03/2022 0
The zloty on Friday once again dropped against the euro to levels not recorded since 2001, and The National Bank of Poland confirmed that...
Go to mobile version