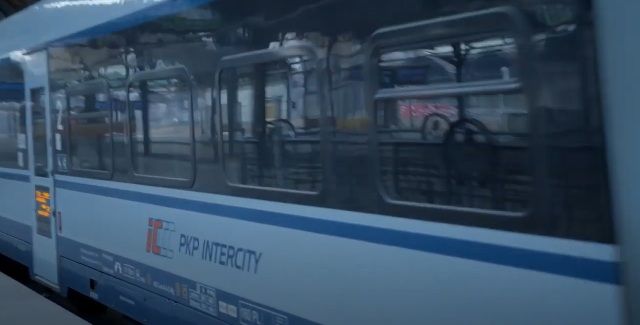 From yesterday and until further notice, all PKP Intercity trains going from Warsaw, Przemyśl (via Kraków) and Gdynia towards Germany – to Berlin and Frankfurt (Oder) will be free for Ukrainian citizens.

From March 9 this year. 4 pairs of connections have a reduced category from EIC to IC, which increases the number of trains on which Ukrainian citizens can travel for free in the 2nd class.

Over 300000 Ukrainian citizens with the trains

Over 300000 Ukrainian citizens have already used free journeys in the carrier’s trains throughout Poland.

The trains depart from Warsaw, Gdynia and Przemyśl via Kraków. Trains also make it possible to travel to Germany, incl. from Poznań or Wrocław.

Ukrainian citizens can travel from Poland to Germany in carriages with seats of the 2nd class in trains:

From 26 feb. this year. already over 300 thousand Ukrainian citizens took advantage of free journeys by PKP Intercity trains across the country. From February 24 this year. 157 thousand refugees travelled by rail from border areas in various directions of Poland.

The use of the rolling stock of regional carriers is coordinated by PKP Intercity.

In order to ensure the greatest efficiency of journeys and to enable the travel of as many people as possible, the company strengthened from February 24 to March 8 this year. 372 permanent trains, a total of 1114 wagons.

Trains between Poland and Ukraine run all the time. Along with Ukrainian Railways, the carrier maintains rail connections with Kiev, Lviv and Odessa, enabling refugees to come to Poland.

Travellers reach mainly stations in Przemyśl, Chełm, Hrubieszów and Warsaw, where they receive the necessary help, food and information about further transport options. Travellers from border stations, in consultation with voivodes, are directed mainly towards Kraków, Katowice, Wrocław and Warsaw. There is a growing interest in travelling to Berlin.

All carriages of the 2nd class of TLK and IC category trains, which the citizens of Ukraine can use free of charge from February 26 this year, have special markings in two language versions. In addition, announcements about free travel by Ukrainian citizens on these trains are also made at the stations in Ukrainian.

From February 28 this year  there is a special PKP Intercity hotline in Ukrainian. This is a dedicated number for Ukrainian citizens who want to obtain information in their native language on the PKP Intercity timetable and other passenger topics.

There are by the way already so many people at the big railway stations in Poland so they are on the verge of the breaking point.

Significant increase in gold purchases by German citizens in Poland

The number of refugees from Ukraine at Polish railway stations is growing again. A plea for help

More than half of Poles buy second-hand goods according to new...

14/03/2022 0
Second-hand purchases are becoming more and more popular in Poland. 51.6 percent. Poles declare that they bought something second-hand last year - according to...
Go to mobile version