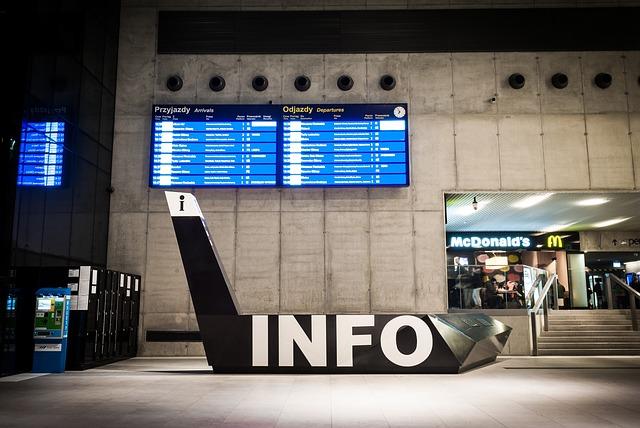 According to the railway and state owned company PKP, rail transport has taken over a key role in receiving people coming to Poland. Railway stations are one of the first places reached by thousands of Ukrainian citizens.

Because according to the Border Guard, over 1.33 million people have already crossed the Polish-Ukrainian border by Tuesday alone. The increasing number of people fleeing the effects of the war may, at least on some routes, paralyse the operation of the railway.

The Central Station in Warsaw in chaos

Only on Monday came to Warsaw from the Ukrainian border 14 substrings. The city authorities warn that the railway station infrastructure is at the limit of its endurance. The Central Station in Warsaw is already functioning in complete chaos .

Warsaw authorities called on the government to create large reception centres in various parts of the country and redirect special trains carrying refugees to other locations.

“System solutions are necessary. It is necessary to implement the European and international aid system” said the Mayor of Warsaw, Rafał Trzaskowski.

It is similar in Kraków, where a large part of Ukrainians do not decide to travel further and wait at the station to be deployed.

The Main Reception Point operating at the Kraków railway station has already around 35000 m2 for the many refugees. But the space is running out.

Sleeping on the railway station floor

Other cities have increasing problems. At the railway station in Katowice, which a large group of Ukrainians coming here treats as a transit point, among others on the way to Germany, many people sleep on the floor: some benches have been dismantled due to the coronavirus pandemic.

According to local information services from Wrocław, several thousand people were supposed to sleep at the Wrocław railway station on Monday to Tuesday night . The difficult situation prevails at the railway station in Przemyśl, which is currently a huge interchange junction visited, among others, by trains from Lviv.

Although PKP is launching additional trains for transporting refugees, the needs are growing. Therefore, the support of local government carriers will be of great importance, so the Polish railway stations can handle the new situation.

The many refugees are also having an impact on the Polish flat rental market, as I wrote about in an older article.

The number of refugees from Ukraine at Polish railway stations is growing again. A plea for help