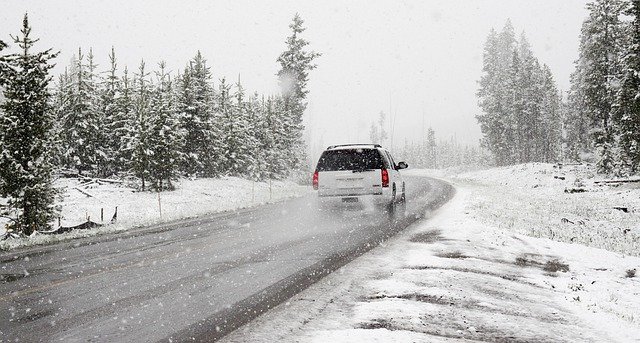 The salt that was sprinkled on Polish roads usually came from Ukraine or Belarus. Now road workers are looking for it even in Africa.

It can be extremely slippery on the roads this year. So far, we have bought salt, which was sprinkled on Polish roads, in Belarus and Ukraine. Now, because of the war, the markets are closed and there is no salt for the winter.

As the KO deputy Jacek Protas writes in his interpellation, the entire country may be missing from 500 to 800 thousand. tons of salt. Piotr Wawrzyk, secretary of state in the Ministry of Foreign Affairs, replied to the interpellation. He stated that Polish entrepreneurs may turn to the Polish Investment and Trade Agency with a request to indicate alternative import markets.

Before the outbreak of the war, 32 percent. We imported salt from Ukraine, 30 percent from Belarus, and 36 percent from Germany. According to Polish entrepreneurs, there is no possibility of buying from our western neighbours yet.

“We have tried to buy salt in Germany, but it is not possible to contract it. So we import salt all the way from North Africa, where it is available without any problems and is not expensive, “Grzegorz Bagiński, the general director of Saferoad in Poland, told Puls Biznesu. “However, the high cost of transport raises the price. There are also problems with transport and handling in ports. “

“There are ships with salt from Africa and Asia, but there is a great concern that they will have to wait for unloading because coal has priority. Companies are also afraid of problems with the availability of rolling stock for transporting salt from ports, ”Barbara Dzieciuchowicz, President of the Polish Chamber of Commerce for Road Construction, told the newspaper.

According to entrepreneurs, the prices of road salt currently offered on the market are three times higher than a year ago. You have to pay almost PLN 800 per ton.

It gets worse in Polish coal depots. “People who have warehouses are crying”