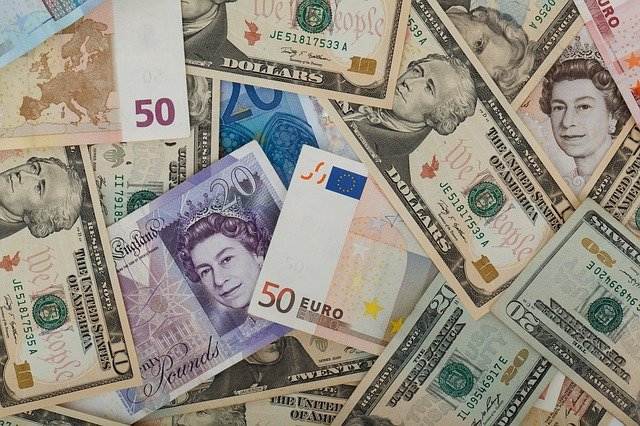 Many Poles are panicking and are trying to get rid of the Zloty almost at any cost. The currency exchange employees agree, they have not seen such crowds for a long time.

But not all of them, because some of them, seeing the rates of the euro or the dollar rising at a crazy pace, decided that it was the perfect moment to take profits. So they rushed to exchange offices

Long line at the exchange offices

Intrigued by what was happening with currencies, a journalist decided to visit several exchange offices in Warsaw. He heard roughly the same in all of them.

First of all, for a long time so many people did not line up for currency exchange points. There were long lines in front of some of them on Tuesday.

The panic that had swept over gas stations and ATMs has now moved to currency exchange offices.

Example? When trying to exchange money in the Arkadia shopping centre, you had to be patient at the beginning, standing in line to … one of several ATMs.

On average, 5-6 people was standing in a line for the ATM. Only one remained free, though it was quickly discovered why. The customers of the centre managed to empty the ATM for money!

Many of them, after withdrawing a large number of two hundred zloty bills, went straight from the ATMs to the exchange office, which was also impossible to get to and you had to stand back.

They buy on the fly: pounds, francs, dollars, euros. Anything to get rid of the zloty according to what the journalist heared in one of the exchange offices.

During the last month, the zloty lost against each of these currencies. However, the Polish zloty has experienced its most difficult moments only since the outbreak of the war in Ukraine.

But Poles are not motivated to exchange currencies by drastic increases.

“They come, throw even 5-10 thousand on the table. PLN and more. They say they fear war will break out” tells a Warsaw cashier.

On the other hand, money changers are also visited by people who keep their savings in dollars or euros.

“Are you surprised by them? After all, they are selling them now at great rates” says the employee of the exchange office

The Ukrainians, who appear in large numbers at currency exchange points in recent days, are in a worse situation. Those who have just arrived in Poland are trying to exchange hryvnia for zlotys.

There are also people who have so far kept hryvnia in a drawer. And both of them go away empty-handed.

“I feel sorry for them, they even come with amounts of 100,000. hryvnia (over 14000 PLN, authers’s note). But we can’t take any chances. Nobody wants to buy them from us now. Even the banks. Everyone is waiting for things to unfold.” Says the employees of exchange offices.

This situation is a paradise for speculators. One of the currency exchange points in Krakow decided to take advantage of the desperation of ruble holders and offered usury conversion rates.

The Fly4free website writes that the exchange office pays 1 PLN for every 100 rubles (the value at the NBP exchange rate is over 4 PLN). However, if you thought about buying some Russian currency, you would have to pay 5.70 PLN.

In the vast majority of establishments, trading in hryvnia and ruble has been completely suspended. In one of the few exchange offices that still accept both these currencies, the owner explains to me that this is a temporary situation.

“Why do I accept rubles? Because it will get better, it has to be. If it doesn’t, we will have World War III, and then what’s the difference, will I lose it?” he says with a smile.

This behavior might let to that the National Bank of Poland again and within a week need to buy up more Zloty.

The Zloty is now strengthening due to the National Reconstruction Plan

21/07/2022 0
Growing inflation will significantly translate into the expenses of parents of preschool and school children. According to the announcements of the directors of institutions,...
Go to mobile version