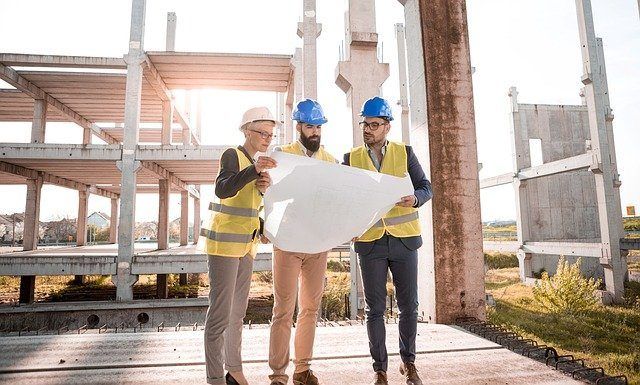 In January, developers in Poland completed a fewer apartments than in the previous year. The number of units that have started construction has dropped by almost half. This may be their reaction to the slowdown in the growth rate of apartment prices.

According to data from the Central Statistical Office of Poland (GUS), developers completed 7905 apartments in January. It’s about 23.5 percent. less than in January 2021.

It is true that development companies obtained more building permits than a year ago (by 3.1%), but at the same time the number of apartments under construction has drastically decreased. In January this year, it was 7340 flats, almost 41% less than a year earlier!

Demand is slowing down?

The drop in the number of fapartments delivered for use in January clearly contrasts with what happened in 2021. The high demand for flats heated the residential real estate market so much that the number of flats that were delivered to users at that time reached 235,000. More were built only in the 1970s.

At the same time, the construction of over 277,000 units began throughout the previous year. We have not had such a large number of apartments under construction for at least 16 years.

Now the situation is changing as one of the main drivers of the economic situation in the housing market is starting to fade. It is about the level of interest rates, which has been steadily rising since October 2021. This causes a decline in interest in housing loans (in January the demand fell by a quarter), which in turn translates into a weakening of the demand for flats.

According to PKO BP economists, the currently observed drops may indicate that the apartment market is gradually cooling down.

“In January, the number of completed flats dropped significantly (to 15.3 thousand). January was also a weaker month in terms of the number of building permits and started construction projects. The decline of the latter may be a sign of cooling down the real estate market due to rate hikes”, PKO BP experts wrote on Twitter.

Where the price increase has already slowed down

The decrease of the demand, which PKO BP economists wrote about, especially in the primary market, is already visible in some data on price developments.

It is true that a square metre is still getting more expensive, but a bit slower than in the crazy year of 2021 year. In some cities, offer prices from developers have even dropped.

How do we know this? The first source is data on apartment prices, published by the National Bank of Poland every quarter. The NBP has already released data for the fourth quarter of 2021.

Broadly speaking: the prices of flats for sale continued to rise, and compared to the previous year it is still a double-digit increase. But in the quarter-on-quarter comparison, the pace slowed down a bit, because prices were higher by about 3.6 percent. In Q3, the increase in this respect was still 5%.

However, if you look at the data from individual cities, you can see that the change in the offer price did not always mean an increase.

In cities such as Katowice, Lublin or Łódź, prices are measured by the so-called hedonic index. As you know, prices may vary depending on the location in a given city, or even the floor in the building – measurement with the hedonic index is cleared of the influence of these factors.

According to the National Bank of Poland, in Katowice, transaction prices calculated in this way dropped by 1.7% compared to the third quarter, and in Łódź the price increase slowed down from 4.1%. up to 0.2 percent. The slowdown is also visible in Lublin from 4.6% to 1.6%.

There is also a second source, which is the listings that are regularly provided by the Otodom portal. In this case, we can already analyse the prices from January this year. We compared them with the prices from November, assuming that the month-to-month change is too short for the housing market.

The cities that occupied the leading positions in the NBP ranking are repeated among the leaders in terms of the lowest rate of price growth. This is Lublin and Łódź, and Katowice is also quite high.

Experts believe that we will have to wait until the second half of the year for a bigger slowdown in real estate prices. Because the Monetary Policy Council – everything indicates it – will continue to raise interest rates, which will additionally limit the demand for loans and, thus, the possibility of financing the purchase of apartments.

On the other hand, what developers are doing, that is limiting the supply of new housing, may act in the opposite direction. Here, however, the matter is not clear-cut: although the commenced investments have clearly decreased, there are still 867800 under construction. Apartments that should hit the market in the coming months. That’s 4.7 percent. more than at the end of January 2021

29/04/2022 0
While in February it could have seemed that the rental market was quiet before the storm, in March we witnessed a regular thunderstorm in...
Go to mobile version