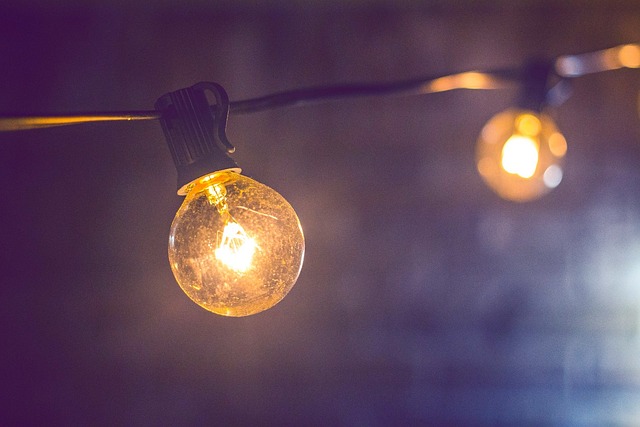 We want to go as wide as possible with our reduced tariff for small and medium-sized enterprises and we are talking about it with the EU. We propose that the maximum price of electricity for sensitive customers and small and medium-sized enterprises should be PLN 785 per MW, announced Prime Minister Mateusz Morawiecki after Tuesday’s government meeting. Households that exceed the limit of energy consumption of 2-3 MWh will pay a maximum of PLN 699 / MWh for this surplus.

In other words a extra way to help with the rising energy prices in Poland.

Waldemar Buda, Minister of Development and Technology, emphasised that the government’s goal was for companies to be able to benefit from this maximum electricity price for each megawatt hour of energy consumed. On the other hand, on the basis of EU regulations, the government has so far had to adopt a limit of 90 percent. consumed energy.

– There will be no discussion whether it is a bakery or sewing room, whether the company uses more or less electricity, or conducts production, office or service activities. All companies will be guaranteed a maximum price of up to 90 percent. consumption, if the EC maintains this condition – said Buda.

– The war in Ukraine has been going on for 7 months and we are experiencing it in various sectors of our lives. We are struggling with shortages and very high prices of gas and electricity . We have been having very heated discussions on the EU forum for many months and we do not have much help from there. If we ask for a permit to carry out certain activities, which we then finance – said Prime Minister Mateusz Morawiecki.

– We are not clinging to the climate and energy policy, because it has become partially obsolete in the face of war. We have to reinvent it, become independent, diversify the sources of gas and energy so that Europe can no longer be the object of blackmail from Russia – added Morawiecki.

Jacek Sasin, Deputy Prime Minister and Minister of State Assets, added that the increase in electricity prices results from many conditions, including the increase in raw material prices, but also from regulations on price fixing on the market.

– The regulations that were good before the war, before the crisis, turned out to be completely useless and inconsistent with the situation that we faced in connection with the energy crisis. We have prepared a government draft to abolish the stock exchange obligatio . This obligation secured the market in times of peace, and today it contributes to an uncontrolled increase in electricity prices – Sasin emphasised.

He added that the government also changed the regulation on the balancing market. – So that the price of energy is not based on the price of producing electricity from the most expensive raw material. This resulted in the outrageous offers of contracts for local governments and small and medium-sized enterprises, reaching even 2.5 thousand PLN / MWh. We do not want to close our eyes to this and we urgently take action – emphasised Sasin.

Minister of Climate and Environment Anna Moskwa noted that sensitive entities that will be able to benefit from the maximum price of PLN 785 per MWh include, inter alia, schools, nurseries, hospitals, social cooperatives, entities that work with sensitive people. – These entities should submit a declaration to their energy supply that they are in this group by 30 November – Moscow announced.

A special solution was also prepared for those local governments that did not receive any proposals from energy suppliers in response to inquiries. ” We will implement a public utility standby solution also at this maximum guaranteed price,” Moscow assured.

The maximum price mechanism will be financed from excess revenues of electricity producers. – The source of financing will be the revenues of these companies, but if it is not sufficient, the state budget will come to the rescue – added the Minister of Climate.

The maximum price of electricity for sensitive customers as well as micro, small and medium-sized enterprises is to be PLN 785 per MWh, and in the case of households, the maximum price above the limits of 2-2.6-3 MWh is PLN 699/MWh – stated on Tuesday in the List of Legislative Works and Program of the Council of Ministers.

“The proposed solutions for the protection of the above-mentioned groups of recipients (sensitive recipients, micro, small and medium-sized enterprises – ed.) Assume that regardless of the increase in electricity prices on the wholesale market in 2023, settlements with consumers will provide a fixed price for trading electricity, the so-called maximum price at a certain level of PLN 785 / MWh (or PLN 699 / MWh in the case of household consumers) “- stated in the list of works.

These solutions were included in the draft act on emergency measures aimed at limiting the amount of electricity prices and supporting certain consumers in 2023.

As indicated in the list of legislative works, the maximum price of electricity for sensitive entities and companies is to apply up to 90 percent. electricity consumption of these consumers in the period from December 1, 2020 to December 31, 2021.

According to the draft, the maximum prices are to apply from 1 December this year until the end of next year.

The act also provides for the introduction of a compensation system for trading companies, where the entity responsible for the payment of compensation will be Zarządca Rozliczeń SA

Moreover, as regards interference in the wholesale electricity market, the draft law proposes to introduce a mechanism to limit the revenues of certain electricity producers and trading companies (implementing the Council Regulation on emergency intervention to solve the problem of high energy prices).

At the end of September, the Sejm passed an act stipulating that households will freeze electricity prices up to a certain level in 2023 at the level of 2022. The act assumes that next year electricity prices will be frozen at the level of this year up to the consumption limit: 2 MWh per year for a household, 2.6 MWh for households with people with disabilities and 3 MWh for families with the Big Family Card and farmers.

Minister: Poles can easily plan their holidays despite agreement with air...