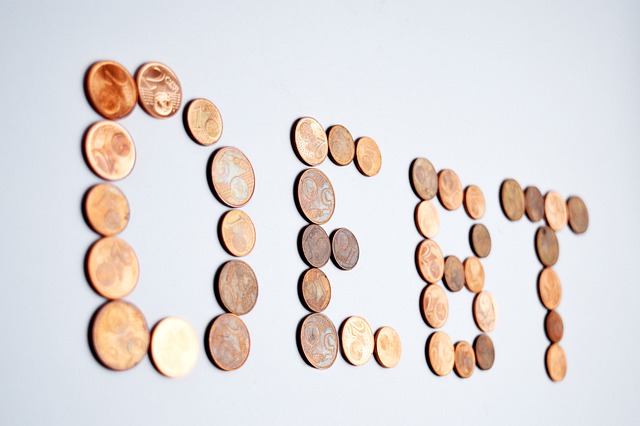 The Ministry of Justice is finalising work on a law that will regulate the debt collection market worth PLN 140 billion also for debtors. Only companies in the form of a joint stock company with a capital of PLN 5 million will be able to buy and collect debts. The proceeding will be amicable. If the debtor objects, the collection will be stopped.

The Ministry of Justice is finalising work on the draft of a new act on debt collection activities and the debt collector profession. – Soon we will refer him to consultations, because the activity of debt collection companies is currently the Wild West.

There are no regulations, as shown, for example, in the NIK report on the GetBack scandal – says Marcin Warchoł, deputy minister of justice.

Debt collection companies will have to be entered in the central register, be in the form of a joint stock company and have capital of PLN 5 million.

Initially, the capital was to amount to PLN 20 million, which is almost as much as required from banks. The permit for driving will be issued by the minister responsible for economy – currently Waldemar Buda, the minister of development.

The company will have to keep full documentation of actions taken against the creditor, e.g. register sent letters, text messages, e-mails, records of telephone conversations.

Arkadiusz Pączka, vice-president of the Federation of Polish Entrepreneurs, believes that the changes will favour the professionalisation of the industry, to which there were many comments.

– This market must be regulated anyway, which does not arouse widespread controversy. As for the amount of capital, I assume that the ministry bases the entries on specific calculations – assesses Pączka.

Marcin Czugan, president of the Union of Financial Entrepreneurs, looks at the matter differently.

– The requirement of PLN 5 million of share capital is a high barrier for conducting debt collection activities and it is not known where it comes from.

The sector will probably adapt, but one should be careful in formulating this type of requirements, because the EU directive gives the right to cross-border debt collection activities throughout the EU, provided that it is entered in the register in one of the Member States – explains Czugan.

Therefore, it can be expected that companies will look for countries with more friendly requirements in order to be able to collect in Poland .

What will the debtor gain?

A debt collector can be a person who is 24 years old, is not punished for an intentional crime and has no debts – is not entered in the economic information offices and the National Register of Debtors. Before starting work, she/he will have to undergo a medical and psychological examination.

This will surely increase employment costs. However, the data of the Central Statistical Office show that in 2021, as many as 91 percent were employed with 6,037 people dealing with debt collection.

– The most important is the right to object – says Marcin Warchoł, deputy minister of justice.

According to the draft, the company must inform it at the first contact at the latest that it can raise objections at any stage of debt collection.

Why? The Ministry of Justice explains that there are not always legal grounds to prosecute debtors and people who are harassed, although they have no obligations, will gain a tool to quickly get rid of debt collectors from their lives.

There are stories in the media, for example, about collecting claims that are time-barred or of people who accepted the debt of their deceased parent, but only up to the amount of the inheritance.

On the other hand, the draft provides that during the first interview, the debt collector will have to inform about the limitation of claims, if a sufficiently long period has already expired.

– In short – the debt collection company will have to inform such a debtor that it may refuse to pay the debt without consequences, explains Deputy Minister Warchoł.

According to market representatives, this is an important, but not necessarily a good change. – This de facto means the abolition of obligations, a judgement that the debt simply disappears after the statute of limitations.

All the more surprising as it is proposed by the Ministry of Justice. However, in a situation where the claim is not time-barred, the objection will immediately refer the case to court proceedings and bailiff enforcement, which is costly for the debtor, says Marcin Czugan.

Data on debt will later go to the registers

The draft regulating the debt collection market also introduces changes to the act on disclosing economic information. Currently , the register is entered by a consumer who does not pay invoices worth at least PLN 200 for 30 days.

The draft increases the debt amount to PLN 500, and the non-payment deadline extends to 60 days. Company debts will also be entered into the register only after two months, if they amount to PLN 1,000 – currently it is PLN 500.

According to Marcin Czugan, this is a harmful change for both debtors and creditors. – A delay in providing economic information may facilitate the debtor’s falling into a spiral of debt . An entry in such a database is a signal for everyone that the debtor has a problem. The possibility of incurring new liabilities is reduced. At first glance, you might think that it gives you the opportunity to “catch your breath”, but this is only an apparent conclusion.

This is definitely the opposite direction of action than in the EU countries. For example, in France, efforts are made to catch the debt spiral as quickly as possible – emphasises Chugan.

Arkadiusz Pączka does not like this recipe either. – For contractors, the most important thing is whether the client pays on time. Financial liquidity will become even more important in the context of the crisis.

Hence, I am surprised by the extension of the deadline for providing information that a company has arrears in paying invoices, especially since the same government has taken up the fight against payment gridlocks – says Pączka.

The EU enforces the regulation of the market

We are obliged to regulate the market by the EU directive on credit servicers, buyers of loans and enforcement against collateral, commonly known as the NPL directive. It is to be implemented by December 2023. Therefore , financial companies are not surprised by the MS project, but by its details. According to industry representatives, the project does not implement EU requirements.

– The directive confirms that debt collection companies are an important element of the financial market and is intended to facilitate the disposal and investigation of unsupported loans in all EU markets.

However, it is important that the project does not spoil the market that is needed, especially by banks, says Marcin Czugan. The Ministry of Justice assures that the draft will still be consulted. So maybe there will be changes also for the debtors.

Waldemar Buda, the minister of development, wants the project to be pro-market on the one hand, and to meet the sealing objectives on the other.

– In particular, a minimum capital analysis is needed to allow small entities to operate as well. The market needs to be regulated, we will try to do it, together with the Ministry of Justice we will fine -tune it, says Buda.

16/03/2022 0
The new Polish anti-crisis shield for 2022 is almost ready. The works are almost finished, the polish Prime minister's associates indicate, and the details...
Go to mobile version