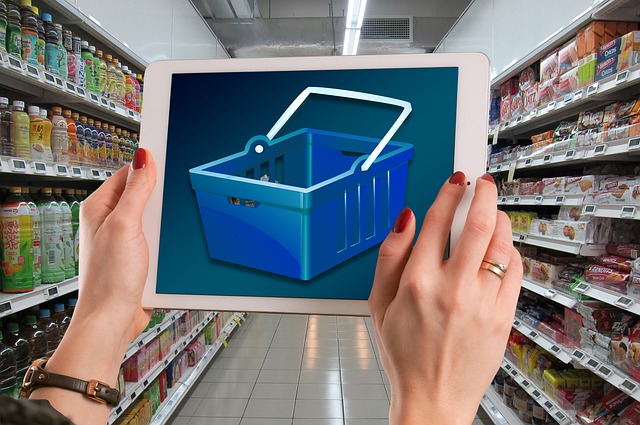 Some Polish stores increased the sales also in August. The average value of the shopping basket in August this year increased – on an annual basis – by over 13%, i.e. by PLN 30 – according to a report prepared by the ASM Sales Force Agency.

Prices went up in these Polish stores the most

“The highest increases were recorded in the Makro Cash and Carry network (3.9%). In annual terms, prices were increased in all 10 analysed networks. These were, among others: the e-grocery channel (17.33%), Makro Cash and Carry (16.94%) or Carrefour (14.11%). The largest increase in basket prices was recorded in the E.Leclerc chain, where the average basket price in August 2022 was higher by as much as PLN 42.97 than a year ago, i.e. by 20.23 percent. ” – indicated in the report.

“The costs of entrepreneurs are rising, the production will be more and more expensive, which will naturally translate into the prices of goods. Although retail chains, under the fierce competition, will pursue a dynamic pricing policy, the field for lowering the prices of selected products and introducing new promotions for customers will be smaller and smaller” – said Patryk Górczyński, the managing director of ASM Sales Force Agency, quoted in the report.

The report shows that Auchan was in first place among the cheapest chains. In the stores of this chain, the average cost of a shopping basket was PLN 220. This is PLN 7.92 more than the cheapest basket in July this year, also owned by Auchan a month ago. Auchan that still operates in Russia. Differences in the average basket price between the first and second and third networks in the ranking amounted to PLN 15.92 (Lidl) and PLN 22.77 (Kaufland), respectively.

“The list of prices of product categories year on year shows that in August 2022, compared to 2021, all of the 10 analysed product categories increased in price: loose products, household chemicals and cosmetics, frozen food, sweets, meat, meats and fish, drinks, additives, dairy products, stimulants and beer, and fatty products. The highest increase in prices per year (72.2%) was recorded in the category of fatty products “- stated the report.

It added that beer and stimulants increased by 24 percent, dairy products by 20 percent, loose products by 17 percent, additives by 15 percent, and meat and fish by 13 percent. Price changes were recorded in each of the analysed product groups, however, the smallest difference was found in the beverages category (in August 2022 more expensive by 3.53%).

As stated, the Shopping Cart Survey and Report analysed the prices of an exemplary shopping cart in Polish stores, which included the most popular FMCG products from the basic categories (i.e. dairy products, meat, meats and fish, drinks, sweets, beer, household chemicals, cosmetics and others). ASM Sales Force Agency examines the prices of the same 40 products in 13 retail chains, both in traditional stores and in the e-commerce channel.

Another item is missing on the shelves in Poland. “Even under the People’s Republic of Poland there were no problems with it”

Panic and small businesses in Poland. That is why sugar is disappearing from the shelves

Orlen’s holiday discount. Check who can get the cheaper fuel

24/06/2022 0
During the holidays, a 30 groszy discount per litre will be possible to refuel at Orlen stations. But only participants of the Vitay loyalty...
Go to mobile version